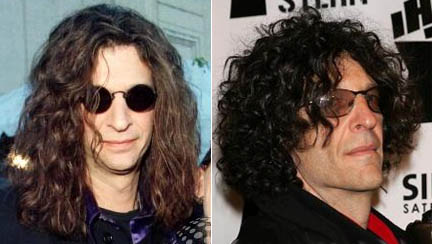 Satellite radio shock jock Howard Stern, whose long face, big nose, pointy chin and tangled curls gave him the perfect face for radio, admitted yesterday that he’s had not one, but two plastic-surgery procedures. […] Stern weighed in yesterday with the confession that he had a nose job nine years ago — right after the filming of his movie, “Private Parts” — and liposuction not long after to suck out the waddle of fat under his chin.