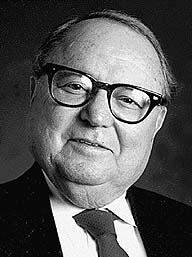 Reb Arthur was pissed off. So what else was new? This time, he was annoyed at himself because he had two books to finish, and things like tripping on a throw rug had really done a number on him. He looked like he had gone three rounds with Ali in his prime and lost. Still, his brain was firing on all cylinders.
“Hey, Toots, I gave them a run for their money this week,” he greeted me. And it looked like once, again, he was going to defeat the odds.
I said, “You know what I told Irving Bernstein, z”l, to keep him going?” (Irving, dying of pancreatic cancer at the time I was editing his book, was head of the national UJA/Fed from the ’70s-’80s and always said there was no Jewish leadership without Jewish education. Reb Arthur never savaged him like he did so many others.)
Reb Arthur gave me a look, “Whaddya tell him?”
“’You’ve got a book to finish.’ I made him proofread six dozen times. He didn’t go until after his book party.”
He retorted, “Well, I’ve got two!”
We traded one of our “looks,” “So, nu?”
For more than two years, he and Carol had been playing beat the clock to get these books done…one of them was going to be his ethical will, his “Tzvoah,” that he wanted to leave for his granddaughters and for those who needed his gadfly’s guidance.
The first time I met Rabbi Arthur Hertzberg we both were sitting at the meetings of the Goldberg Commission to examine the role of American Jews during the Holocaust in ’84-’85. Of course, he never remembered anyone as insignificant as moi, but it was fascinating to watch him verbally fence with Rabbi Moishe Sherer, president of the World Agudath Israel and my dad’s best friend. Here were these two giants having a field day with a sarcastic collegiality, bombast and humor that was very, very funny to watch. It turned out that the two of them knew each other as kids in Baltimore and were closely connected.
Fast forward decades later to Bergen County, and I am brought to the little blue house in Englewood to meet Reb Arthur. I sit across the desk and he starts with, “Did you know that I am an einekel of the Dinever Rebbe?”
First of all, what would a suburban journalista know about the Dinever Rebbe? Here was the eminence grise of the Conservative movement introducing himself via his rebbishe yichus…and I wasn’t supposed to understand THAT tradition either, sitting there in my stone-washed jeans and v-necked shirt. To top it all off, I’m a blonde (okay, a bleached one). The assumption was I didn’t know from such things.
And he was off on the

Fighting All The Hitlers