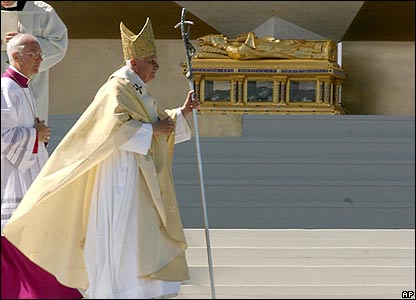 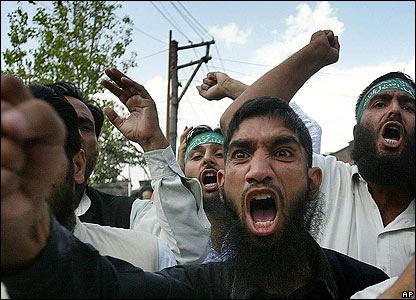 It’s a very deep and important thing he’s doing, drawing the line in the sand, so to speak, in the world, and taking a stand, against what of all things?
Violence for the sake of promulgation of religion.
Ha!
King Ashoka, one of the big buddist kings, does something similar, but within the same life time, conquering by the sword, then swearing off violence once he’s in.
It’s an amazing concession for a pope to make, very much in line with a truish Ideal Christianity: all about the mercy, with a radical and obvious truth somehow not exactly fought for but spoken despite, or even because of danger. But alot of Popes haven’t been so religious, living off violence like any other serious and self policed organization. It feels to me like this is a repentance gesture, or at least an effort to give the appearance of it. Somehow the kind of gesture too weird and potentially unnessesary to seem inauthentic. But what’s the implication? That a non-violent Islam would be an acceptable Islam. And a non-violent church as unimpeacheably un-evil and therefore sympathetic as the Tibetan Buddist.
He must have seen the DaVinci Code or something and said oh spit. Is that what people think of us?
I wonder what the Jews can learn from such a humble Pope.
How long can he go on indicting, like, all the Popes before him by saying stuff like this? Does it really atone much for history’s Catholic atrocities?
And for that matter, hasn’t the Jewish critism of Christianity always been that their ideals don’t match their deeds? Does this change anything new in our eyes?
(crossposted from Sevenfatcow.)

Go the Fuck to Shul