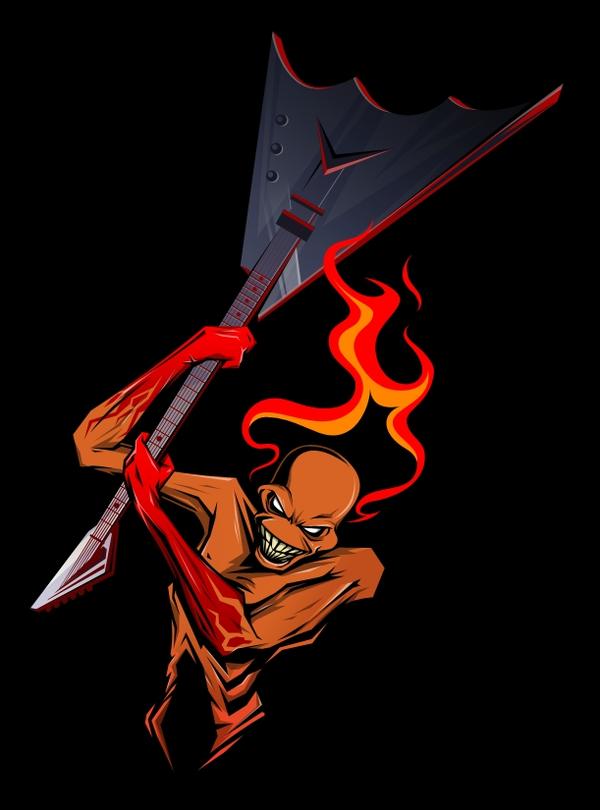 Rash Gash is run by two brothers, Zach and Josh Harvey.
Zach, who basically holds the fort down at 21 Chayim Vital Street in the trendy South Tel Aviv Florentin neighborhood, says, “We believe that the Israeli public deserves better guitars for less, or more, money. We’re not trying to sell more generic guitars for cheaper prices, we intend to bring the small market wonders to Israel for very fair prices. Such products include vintage remakes, handmade goods, boutique equipment and just totally bad ass guitar-related instruments of noise.”
Zach, who moonlights as the lead squawker for Jerusalem veteran punk act Weird Chicken, has his own ethical interest in not exploiting the love of music. He shares that love himself. In November, I was there when he was opening up his latest shipment which included a brand new batch of DePinto guitars and some out-there vintage stuff like a Japanese import. Opening the boxes and unwrapping his stock, he looked like the epitome of a kid in a toy store. It’s like he gets Chanukah presents every day and he wants to share the wealth.
For a decent price.
Check it out at www.rashgash.com or www.myspace.com/rashgash. Also hear Weird Chicken at www.myspace.com/weirdchicken .

An Open Letter To Columbia/Barnard Hillel

Own a piece of history

The Kotel Crisis and Oslo Memories