In February 2004, the ramp leading up to the Temple Mount from the Mughrabi Gate collapsed following an earthquake that caused, among other things, severe damage to the Eastern Wall and the further destabilization of the entire Temple Mount. 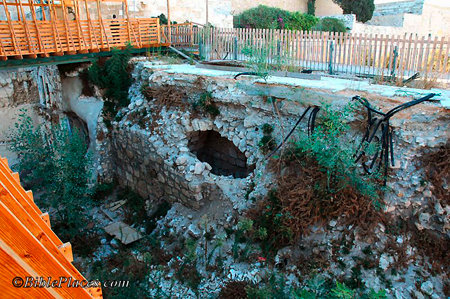 Shortly thereafter the Mughrabi Path was temporarily replaced with a wooden walkway which takes up about half of the women’s section of the kotel plaza and further leaves an ungodly unaesthetic blight on the Holiest Site in All of Judaism™. 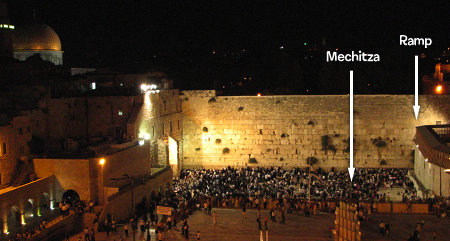 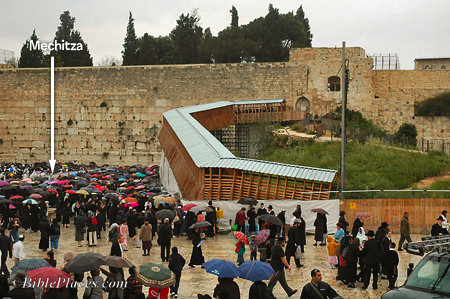 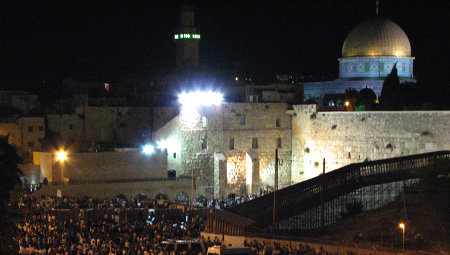 After a couple of years of enduring this ongoing imposition on their prayer experience, religious women who felt they were getting the short-shrift started complaining to the municipality. Truth be told, it does get quite cramped for the ladies at the koysel, rendering their tefillah a rather uncomfortable experience. So last summer, Jerusalem mayor Uri Lupolianski announced that the wooden walkway would be removed and that the original pathway would be rerouted.
“There’s no reason that in the most sacred site for the Jewish people, the men will have a big comfortable plaza while the women will have to be cramped and crowded,” Lupolianski said.
According to the JTA, “The mayor asked for government permission to change the route of the ‘Mugrabi Path,’ which leads from the Western Wall plaza to the Temple Mount, in order to carry out the renovations.”
Excavations were set to begin in June of last year, yet were held off for some reason (I can’t seem to find a source citing why). In any event, the excavations have finally begun, and apparently, they’re going to be responsible for causing World War III. Islamic leaders across the Middle East have called upon Muslims to pour out their wrath upon Israel, from Gaza to Iran. And for God’s sake, for what?
“Israel is now carrying out wide excavations under the mosque and is building a synagogue in front of the Dome of the Rock,” Taysir al-Tamimi told Al Jazeera.
Riiiiiight.
Take a look at the diagram below, provided by the BBC.

You might notice that the Mughrabi Path isn’t even directly connected to the Temple Mount.
Furthermore, all of Uri Ariel’s shittalk about building a shul on the Temple Mount still has yet to amount to actual construction plans. In fact, Israel just authorized the building of a minaret on the exact site Ariel wants his shul. So there goes that idea. (Let alone, WTF–your construction on the Temple Mount is a-okay, but ours will cause it to crumble to the ground? Shyeah, right.)
That would make al-Tamimi a liar. Which would make his remarks incitement, and nothing more.
Others are claiming Israel is trying to locate the remains of Solomon’s Temple to prove that Jerusalem is a Jewish city, while others yet still are claiming that Israel wants to knock down al-Aqsa and build the Third Temple.
Ya know, the occupation is bad enough as it is. The story doesn’t need to be embellished, lies are not necessary to earn my sympathy. I already believe what’s happening to the Palestinians is fucked. This is just throwing fuel on a fire, plain and simple, and no good can come of this. All it does is hurt the Palestinian cause by providing the Jewish Right with more ammunition. This type of behavior does no more than justify that viewpoint that Palestinians are simply liars who hate us and want to kill us, because it seeks nothing more than to foster more rage and more bloodshed. It is entirely counterproductive to the Palestinian cause, and to feed into it by legitimizing it as another “dirty Israeli deed” is a total crock.
Call it bad timing, call it insensitive, whatever. But just remember, by abetting Muslim reactionaryism in this instance, you’ll also be trampling the rights of Jewish women to pray in peace.