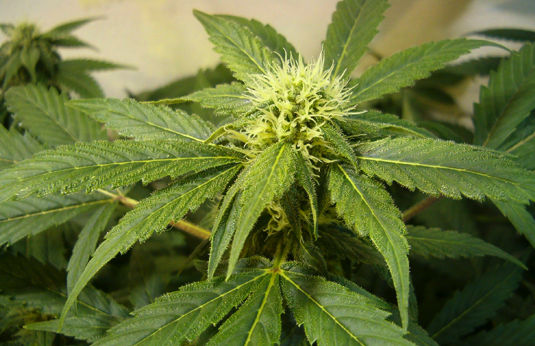 Oh, I thought it said “You shall have no products made from weed within your borders…”
JPost reports:

Every Sunday school student knows Pessah for its ban on food that rises, but a growing number of Jews are asking whether the holiday also precludes them from getting high.
Hemp has increasingly been spotted on the list of kitniyot, or legumes, that Ashkenazi Jews abstain from eating during Pessah, according to several influential rabbinical Web sites, including kashrut.com. But not everyone agrees that hemp qualifies for the ban, and the debate has led many to question the definition of kitniyot.
While hemp isn’t a kitchen staple for most people, hemp oil can be found in a number of hygiene products and in some alternative baked goods. But it’s hemp’s more notorious cousin, commonly known as marijuana, that has set the sparks flying. As debate over the kitniyot tradition has gathered steam among rabbinic circles, many are looking at hemp as a case in point of why the practice of abstention needs to be reexamined.

Due to my work researching the relationship between Jews and drugs, I was interviewed for this story and just made the final cut towards the end.
My preliminary remarks were, of course, that the prohibition against eating kitniyot (ie., rice, legumes and other grains) on Pesach is no longer relevant. Once upon a time, when we kept our grains sitting in open piles in storehouses, the danger of wheat flour getting mixed in with your rice and lentils was actually a plausible scenario. Now that we most often buy our grains in sealed packages, the danger of accidental mixing is relatively nil. Hence, some groups, like the beit din (religious court) of Machon Shilo, have declared the prohibition against kitniyot to be null and void all together.
With that in mind, the threat of somehow getting your weed mixed up with wheat flour (regardless of the potential hijinks that may transpire while under the influence) is dully preposterous. Let alone the fact that, while folks often cook with pot, they don’t often make bread from it (hemp flour’s rise in popularity notwithstanding), and hemp itself contains no natural leavening agents. Furthermore, as it pertains to medical marijuana, it is halakhically permissible to take medicine that contains chametz on Pesach.
Nonetheless, Ale Yarok, the Green Leaf party, decided to “enforce the prohibition” whereas the group is currently seeking to woo the religious Jewish community, scoring a minor victory recently when Aryeh Eldad of the right-wing National Union party presented a bill to the Knesset for the legalization and regulation of medical marijuana.
Frankly, I share Ale Yarok’s desire to appeal to the religious Jewish community to reform unjust drug laws. However, I disagree with their approach here. Medical marijuana, and likewise religious and recreational drug use, constitute moral and ethical issues, as demonstrated, for example, in Wallace Green’s article in Judaism this past summer, “Dispensing Medical Marijuana: Some Halachic Parameters,” which makes a halakhic case for legalizing medical marijuana based on our Torah obligation to care for the ill. Pandering to the Orthodox community by supporting the extension of an outdated rabbinic law seems like a hokey publicity stunt that has the potential to undermine an otherwise serious and righteous cause.
Better they should focus on upholding our halakhic obligation towards the sick, or even build on the Orthodox Union’s support for the U.S. Supreme Court’s ayahuasca decision, by making the case for freedom of religious expression and it’s lesser-known twin, cognitive liberty (ie., the freedom to explore one’s consciousness). The fact that smoking marijuana has recently proven to be over 100 times safer than drinking alcohol (more on that here) should also serve as impetus for reexamining our outmoded drug laws, their unjust impact on medical, religious, and recreational marijuana users, and the halakhic implications thereof.
That said, I’m thoroughly amused by the implications this raises in selling your chametz pre-Pesach. If your stash stays taped up in your kitchen cupboard, are you still khayav for drug dealing?

A Guide to Eating Reincarnated Souls