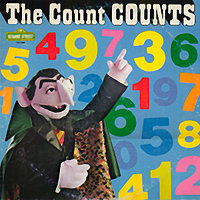 Chag sameach! The omer begins tonight! This means that for the next 7 weeks we’ll be counting up to Shavuot, the time of the giving of Torah.
Here at Jewschool, we argue a lot about Israeli politics and who is and isn’t contributing to the destruction of the Jewish people, but alongside these topics, this seems like an opportune time to argue about Torah. We all have an opinion about it.
According to the traditional count, there are 613 commandments in the Torah. (Contrary to propaganda, nobody observes all of them. A substantial portion of them relate to sacrificial worship, which is not in effect at the present time. And even if it were, I don’t know of anyone who has both given birth and been circumcised.)
Excluding Shabbat and yom tov, there are 41 days in the omer. 613 divided by 41 is about 15. Therefore, each day (other than Shabbat and yom tov) from now until Shavuot, I’m going to post about 15 mitzvot from the Torah. I’ll post them with minimal commentary, and then we can duke it out in the comments. Feel free to post any thoughts on any of the commandments; e.g., interesting ways of observing a given mitzvah, why you think a given mitzvah has no place in modern Judaism, a new interpretation of what a given mitzvah means today, etc.
There are several different enumerations of the 613 mitzvot. I’ll be using the list from Maimonides’s Mishneh Torah (1180), which lists them by subject matter (not by the order they appear in the Torah), starting with Hilchot Yesodei Hatorah (The Foundations of Torah) and ending with Hilchot Melachim uMilchamot (Kings and Wars). Thus we’ll start with basic theological foundations, end with the overarching structure of society, and everything else is in between. (Feel free to argue with Maimonides’ understanding of what the mitzvot are.)
And don’t worry, I’ll still count the omer in a more frivolous way over at Mah Rabu.
So here it goes. Comment away.
1. The First Commandment — “I am Adonai your God” (Exodus 20:2). According to the Rambam, the actual “commandment” here is to know that God exists.
2. The Second Commandment — “You shall have no other gods besides me” (Exodus 20:2)
3. “Listen, Israel, Adonai is our God, Adonai is One” (Deuteronomy 6:4) = to acknowledge God’s oneness
4. “You shall love Adonai your God with all your heart, with all your strength, and with all your being.” (Deuteronomy 6:5)
5. “You shall fear Adonai your God” (Deuteronomy 10:20)
6. “I will be sanctified among the children of Israel” (Leviticus 22:32) = to sanctify God’s name
7. “Do not profane my holy name” (Leviticus 22:32)
8. “Do not do this to Adonai your God” (Deuteronomy 12:4) = do not destroy things with God’s name
9. “God will raise up a prophet for you … listen to him/her.” (Deuteronomy 18:15)
10. “Do not try Adonai your God.” (Deuteronomy 6:16)
11. “Walk in God’s ways” (Deuteronomy 28:9)
12. “Cling to God” (Deuteronomy 10:20)
13. “Love your neighbor as yourself.” (Leviticus 19:18)
14. “Love the stranger, for you were strangers in the land of Egypt.” (Deuteronomy 10:19)
15. “Do not hate your fellow in your heart.” (Leviticus 19:17)