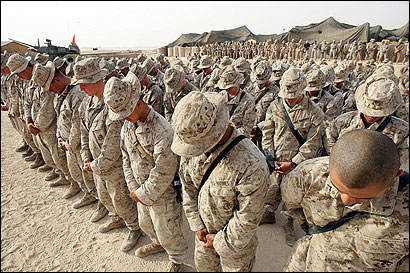 When we are lucky we get a second chance. Tragedy often results from blowing the second chance. Two stories bring this thought to mind. One is found in the midrash and is a reflection on the destruction of the Temple. The other is about a very prominent twentieth century philosopher. These thoughts occur to me on the background of the three weeks of reflection that lead to the fast of the Ninth of Av, and which, this year, began this year the day before the Fourth of July.
Zechariah ben Avkulos is a rarely recorded Sage who apparently lived in the time of the Second Temple. According to the Palestinian Midrash Eichah Rabba, he happened to be at the party that led to the destruction of the Temple. The party was thrown by some very important individual who had invited all of the Rabbis and others of the upper strata of society. He invited Kamtza, his close friend and purposely did not invite his nemesis Bar Kamtza. There was some mixup, however, and Bar Kamtza ended up at the party. The man was so enraged that he demanded that Bar Kamtza immediately leave. After much pleading so to avoid public humiliation (“let me pay for my food…; let me pay for half the party…; let me pay for the whole party…”), the host physically ejected Bar Kamtza. As he was being dragged out, Bar Kamtza saw that all the Rabbis, including Zechariah ben Avkulas, did not lift a finger to help him.
Bar Kamtza was so enraged that he hatched a plot to prove to the Roman Ceasar that the Jews were rebelling. As the culmination of the plot, Bar Kamtza brought a sacrifice from the Ceasar to the Temple. Bar Kamtza knew the animal was blemished, but in a way that the Romans would not notice and thus when the priests refused Ceasar’s sacrifice it would be obvious that the Jews were no longer loyal subjects.
By chance, Zecharyah ben Avkulas was at the Temple that day as Bar Kamtzah brought the Caesar’s blemished sacrificed to be burnt upon the altar—second chances. The midrash relates that, instead of making up for his earlier performance, he blew it again. He did not have the courage to either bend sacrificial law (put the blemished sacrifice on the altar) or criminal law (kill Bar Kamtza) to save the Temple and thousands of lives. Was it because he did not have the courage to stop Bar Kamtza’s humiliation that he could not summon the courage to thwart Bar Kamtza’s plan? When does one start slipping down the slope? When do you know that it’s a slope?
The influential twentieth century German philosopher Hans Georg Gadamer was a student of Martin Heidegger’s but, unlike Heidegger, he never joined the Nazi Party. Gadamer’s offenses were more subtle, more of the “get along to go along” variety. Coming to the profession in the 30s, posts were rare. In 1934 Gadamer filled a temporary teaching post which was vacant because a friend had been dismissed on “racial grounds.” In 1936, with his teaching career in a stall, Gadamer volunteered for a political rehabilitation camp. Again, he still had not joined the Nazi party, but the “rehabilitation” did lead to teaching positions. In the late 30’s Gadamer wrote an essay on Plato with sympathetic allusions to the Third Reich. Then in 1940, Gadamer gave a lecture in Paris before French prisoners of war at the German Institute in which he “suggested that Germany’s battlefield successes were the expressions of a manifestly superior culture.” (Richard Wolin’s paraphrase of Gadamer’s lecture.)
At what point had Gadamer slipped over to the other side? Did he ever realize that he was on that slippery slope? His later reflections seem to indicate that he was in denial to the end.
And where are we? Five years into a war in which over three thousand American soldiers and over six hundred thousand Iraqi civilians (according to the Johns Hopkins/Lancet numbers) have been killed. Hundreds of thousands are wounded, millions are refugees. The lies which led us into this war, the secrecy with which the war is advanced, the attacks on our constitution and values which are based on the necessity to prosecute the war—we are well beyond second chances. If we did not speak out against the invasion of Iraq because we were bluffed into believing, what is our excuse now? I fear that we are slipping towards an American Tisha B’Av. Now is the time to stand up and loudly demand an end to this tragic, misguided, unjust war. Now! Before we also have to mourn the Temple of our Democracy.
Dr. Aryeh Cohen is Associate Professor of Rabbinic Literature at the American Jewish University (formerly the University of Judaism) and one of the founders of JewsAgainsttheWar.org.

The Exodus and the Status Quo