A frum woman in Boston has made a dollhouse shul for her daughters and their friends. The project is pretty impressive, and her guidelines are kind of interesting in the context of Torah/play (eg. “I used fancier materials than we normally use for one of our standard doll houses, in order to show honor for the synagogue in the abstract, and for the Torah and its accessories.”) I admit to having a pretty adverse reaction to the notion of a mechitza dollhouse–and one with a whole seperate women’s gallery at that. But that’s not surprising, given that I’m not a fan of seperate seating for grownup synagogues, either.
In any case, the full post and how-to instructions are here. Some notable shots:
Cute toy ammud, complete with shatz wearing a teeny tiny kippah. 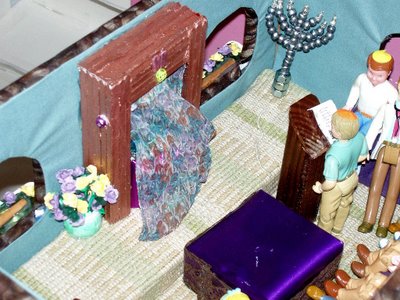 What’s the status of kol isha among plastic dolls? 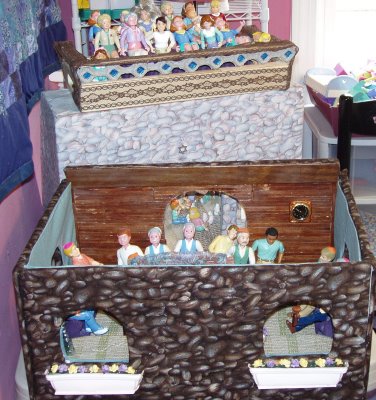 The social hall is filled with Artscroll seforim. 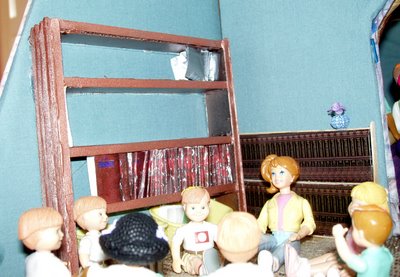