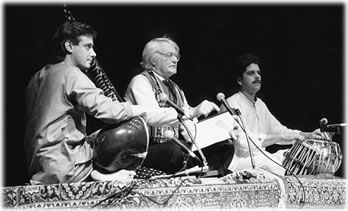 ‘Course, that doesn’t appear to be what they’re looking for, anyway:

Grand describes how the group’s members help each other through divorce, job change, death and anything else that affects their lives.
“We all want the same thing — a connection to God, a sense that our lives are holy,” he said. “But some were afraid to use those words.”
Other men in the session talked about their loneliness, the difficulty of making friends and how rarely their sons ask them for advice.
“I think we go to poker games and play on softball leagues and help our buddies move because we hope we’ll have an ‘I-thou’ moment,” surmised Rabbi Dan Moskovitz of Temple Judea in Tarzana, Calif., editor of “The Still Small Voice,” a collection of Reform men’s essays just published by the URJ Press.”

Clearly none of these things could happen with women around. It’s just TOO embarrassing to talk about being human and wanting God with people who have breasts.
I don’t even know where to begin. I’ve always been opposed to separate women’s groups: Rosh Chodesh groups, whatever (Although healing circles, contrary to what the article says, aren’ just for women), found sisterhoods to have boring activities, preferring to play baseball and having barbecues (which is what all the men’s group’s in shul I know do, while the women are often snorting tea and discussing the moon). I’ve always had male friends – pretty much all my life had at least as many male friends as female. Never confused the guys I was dating with the ones I was friends with, never felt that friendships with guys were inherently different and always felt that separating off genders was asking for trouble. And guess what, I was right. At least that seems to be the excuse that the Reform movement is using, “but they did it first…..”
The Reform, who claim to see flagging numbers of boys are desperately grabbing at straws by trying to fix that problem under the assumption that 1. Boys would feel safer and better by not having girls around and that they’ll start showing up if they don’t have to share space with girls, and 2. That it reflects a social trend they need to cater to, rather than undermine.
This attempt to start men’s groups is not really news – they – and the Conservative movement oh, yeah and let’s not forget Robert Bly and his drums, have been experimenting with this for a while, even as women still have trouble getting higher paying jobs in the Jewish world, many Jewish institutions can’t be bothered to provide maternity (let alone parental) leave in most places, women rabbis still have trouble getting hired, and when they do it’s for smaller jobs and with fewer benefits, let alone salary, women lead very few philanthropic institutions, synagogue boards, and so on… shall I go on?
We have not arrived. Feminized my a**.
And, otoh, surely, numbers are flagging not because services are boring, or top-down or because there’s no one in the family teaching them that they’re part of a community, or telling them that soccer just might be less important than tefila – or that being connected to other Jews is important or because no one wants to talk about God or mitzvot, or because they don’t actually live in the community and so don’t actually have a connection to the people who belong to their shul outside of shul, or because Judaism is treated like a hobby rather than a discipline that requires work to get something out of, and so if it isn’t immediately interesting, it’s abandoned (and don’t even start to mention that even some hobbies often take discipline too, to get something out of them) or becasue everyone is so damn busy that they can’t find time to spend with other people….
NO, It’s because men need menspace.
Reform – and anyone else who is thinking that Judaism is becoming “feminized” -whatever that means, and why we should worry about it (if only men were showing up, do you think there would be such a tizzy? I don’t) let me clue you in: It’ s not about gender. Do you remember the old intermarriage brou-ha-ha? a few decades ago (not many, though), it was mostly men marrying out. Women just didn’t do that. So nobody worried about them. Everyone focused on the men marrying out, until guess what, a few decades later, women were freer, and had more options, and now the numbers are pretty much even.
If you start down the gender separate path, it’s not going to bring the boys back, but I’ll tell you what, it sure will alienate the girls. You don’t even have halachah to blame, just sexist underlying assumptions. Society is already not unbiased: maybe you could focus on fixing some of the attitudes underlying your assumptions, rather than trying to recreate separate but equal. Anyone remember how the last separate but equal effort turned out in American society?
Rabbi Sue Ann Wasserman, URJ’s worship director, asks, ” If the women’s movement has inspired them to [articulate and express what it means to be a Jewish man today], how fabulous is that?”
Well, that would be great – but I highly doubt that women’s movement was what inspired them; if it had been, maybe they could have been inspired to build something together – with women.

The politics of Sodom