I believe this is the first, and probably last time I will ever write this next phrase: DailyKos has a really funny post up that is both John McCain and Caves of Qumran themed. 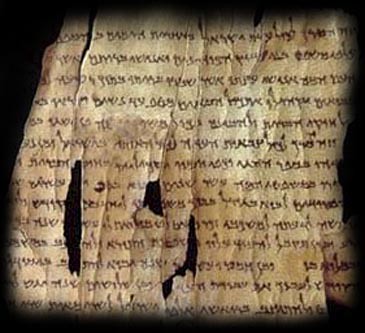 Thought lost for the ages, the document was found in a clay jar, in an abandoned cave, on the outskirts of Sedona, by a shepherd boy in 1947. The desert climate and the dry atmosphere in the caves kept the parchment remarkably well preserved.
Unfortunately, the language on the document is in Essene, a language which has been dead for about 1,900 years. So, much like a lot of Senator McCain’s modern-day speeches, press releases, and interviews, nobody can really comprehend what it says.

Well done OWCH. Both the Essenes and John McCain come from the desert, have strongly held eschatological beliefs, and have versions of the “straight talk express”. The big difference, of course, is that the Essenes were ascetic and avoided marriage. McCain likes marriage. In fact he was married to his first wife Carol when he went to war. She got disfigured in a terrible car accident and he soon divorced her and married a loaded beer heiress named Cindy source. I wonder what Josephus has to say about that.

Gender oppression rages on and the myth of merit

Stop already with the Kabbalah Water!