From the New York Times this morning:

Dr. Izzeldin Abuelaish is a Gazan and a doctor who has devoted his life to medicine and reconciliation between Israelis and Palestinians.
But on Saturday, the day after three of his daughters and a niece were killed by Israeli fire in Gaza, Dr. Abuelaish, 53, struggled to hold on to the humane philosophy that has guided his life and work.
[…] 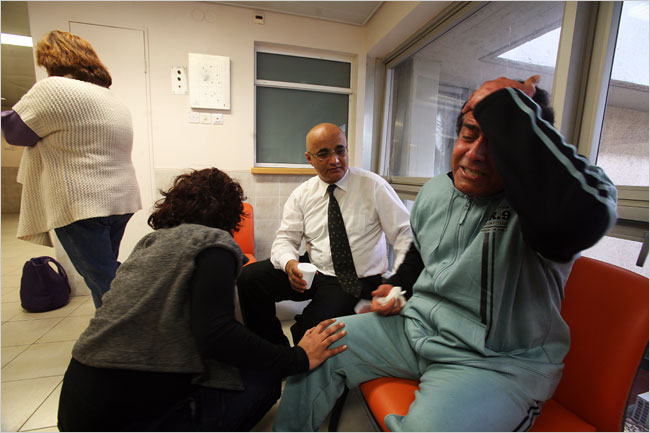 “Tell them who my children were,” said Dr. Abuelaish, spotting Anael Harpaz, an Israeli woman who runs a peace camp in New Mexico for Israeli and Palestinian girls that three of his daughters attended, including his eldest, Bisan, 20, who was killed Friday. The other two daughters who were killed were Mayar, 15, and Aya, 13. The doctor’s niece who died, Nur Abuelaish, was 17.
[…]

Later, sitting on a plastic chair near his daughter’s hospital room, Dr. Abuelaish spoke with the prayer of so many parents who have buried their children as part of Israeli-Palestinian conflict. “I hope that my children will be the last price.”

Photo of the Day: Judaism Dictates Peace and Unity