It’s hard to believe that in 2009 there are still important films that are only just making their DVD debuts, but such is the case with Yentl. I’m not sure what the hold-up was, but the film has finally gone digital with a 25th anniversary, two-disc directors’ cut edition. It may be easy for nonbelievers to dismiss Barbra Streisand’s masterpiece as a vanity production, but the film broke through Hollywood’s glass ceiling as the first woman (since the silent era) to write, direct, produce, and star in a film. The glass ceiling hasn’t been totally shattered. No woman has yet won the Academy Award for directing. (In fact, if I’m reading the list correctly, I don’t think any women have even been nominated. Ever.)

Watching the film again for the first time since college, I was struck by just how good the film is. I know, I sometimes see Streisand’s work through the goggles of a gay man who, after all, once had a “Wall of Barbra” in my living room. 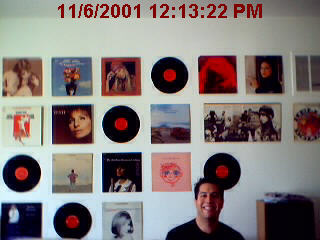 But watching the film with seven years as a full-time, professional Jewish educator under my belt, the story of a woman who risks her entire world for the sake of learning… well, let’s just say I was moved to tears when (SPOILER ALERT!) she gets accepted to the Yeshiva. That a woman broke through Hollywood’s barriers to tell the story of a woman who broke through her Jewish community’s barriers only made the message more resonant.

I was similarly moved this week reading about Sara Hurwitz. If you’re not familiar with her name yet, you will be. To quote from an e-mail sent to the mailing list of Drisha Institute for Jewish Education, a center for advanced Jewish learning dedicated to empowering women:

In the years following her three years of full time study at Drisha, Sara, the Madrichah Ruchanit (spiritual counselor) of the Hebrew Institute of Riverdale, intensively studied for and successfully passed the examinations that traditionally entitle candidates for rabbinic ordination to receive yoreh yoreh certification. Her new title, MaHaRaT, which is an acronym for Manhigah Hilchatit Ruchanit Toranit – a leader capable of serving the halakhic, spiritual and educational needs of her congregants – reflects the depth and breadth of her accomplishments and her commitment to her role as a full member of the clergy.

There has been (and will continue to be) a lot of debate about whether or not she should have the title of Rabbi. I’ve heard conflicting reports as to whether Maharat Hurwitz wanted the title “rabbi” at all. In an article published last month by the JTA, she was quoted as saying, “I hope to reclaim and redefine my new title, so that it comes to have the identical connotation that the word rabbi does.”

This sounds to me a lot like the same-sex marriage compromise argument. I know plenty of us who would trade the word “marriage” for the 1000+ federal benefits currently being denied married couples of the same gender. But I also know that even once those rights were granted, most of us would not stop fighting (or at least hoping) for the true equality that comes in both name and deed.

Still, as someone who is neither Orthodox nor a woman, I can only root from the sidelines and offer my congratulations and support to both Maharat Hurwitz and the many I hope will follow in her footsteps.

A Failure As A Jew

Event: Israel’s Image in New Media: Perspectives from a Government Insider and from an Activist Outsider