According to a full-page advertisement in The Forward, available as a pdf here, New York Senator Charles Schumer will be making a “Special Appearance” at an event in Central Park that apparently opposes a two-state solution, is opposed to negotiations over Jerusalem, refers to settlers as “heroic pioneer families,” insists “No! To The Surrender of Any Part of Israel,” and commits the cartographical catastrophe of depicting a map of Greater Israel, complete with annexed Territories, in the form of a guitar that stretches into Syria. 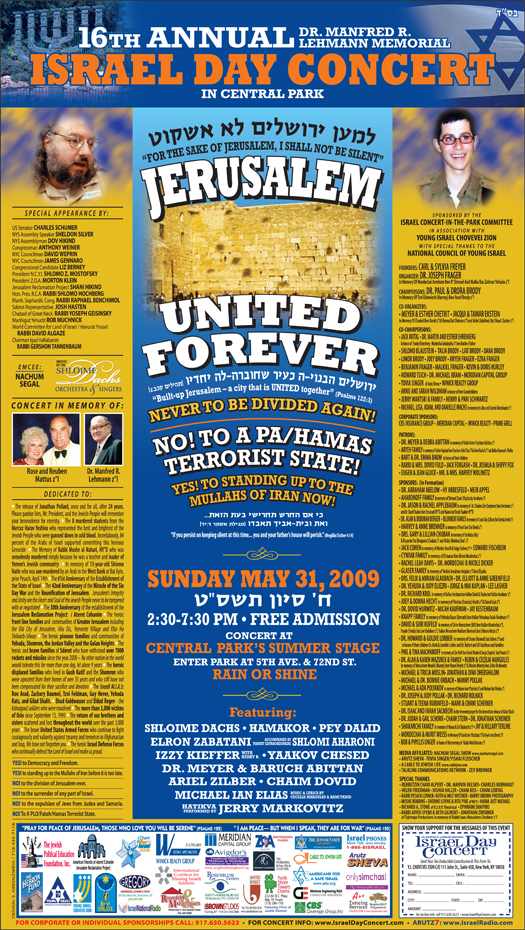 Idan Reichel at the Apollo, April 8-9