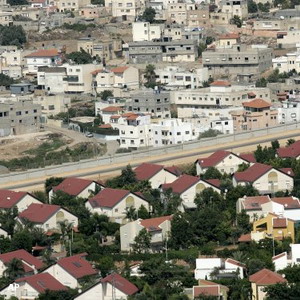 Natural growth is a lie.
The settlements are subsidized by the government to the tune of millions — the average settlement resident gets more government money in roads, infrastructure, schooling, and tax breaks than citizens inside Israel. This slants growth towards the settlements in direct contravention of stated agreements. Settler growth may be 5.6%, but 1/3 is immigration, not birth rates, making “natural” growth just 3.7%.
In Nov 2008 Meretz MKs introduced legislation to direct the purse strings to reward moving back into Israel. Their research indicated at least 50% of settlers would willingly move with economic incentive. The Labor and Kadima parties viewed it favorably at the time. Presently, it’s dead in committee because that’s not the way Likud rolls. Likud’s coalition wants settlements. Period.
Additionally, if birth rate were the trump card to who gets to build where, then the Palestinians should are owed more than settlers. West Bank’s Palestinian growth rate is 2.2% (West Bank settlers adjusted to 3.7%, mainland Israel’s is 1.8%). But are their towns and villages zoned for growth? NOPE! They get bulldozed regularly, leaving a huge housing shortage. Where’s the extra land or construction allocated to Gaza for it’s naturally high 3.4% growth rate? Plus Gaza’s recent 24,000-home drop in available housing?
What about the 25,000-unit housing shortage in East Jerusalem, where Israel hasn’t approved a growth/zoning plan at all? Presently 60,000 East Jerusalemites are under threat of house demolition. Knee-jerk defenders of house demolitions say bulldozed houses are only those built without permits — but no permits will be authorized because that entire Arab swath of Jerusalem hasn’t been zoned! However, settlements like Pisgat Ze’ev continue to grow.
Don’t forget that while settler vs. Palestinian rates might be off by a couple of percent points, there are several million Arabs and just several hundred thousand settlers. Palestinains are objectively speaking lacking far more housing than settlers by the tens of thousands.
And why should settlements that were dubious from inception be expanded when there’s land inside Israel proper that half of the Israeli electorate doesn’t approve of dismantling?
There is no such thing as natural growth in the West Bank. The policies which fuel the growth are deliberate — and notably, reversable. Building in settlements is a deliberate middle finger to the Palestinians and a political demand from the Greater Israel crowd. It’s not in any way for real population growth.
Natural growth is a lie. Don’t buy it.

A Canticle for Goldstein

We Will Never Reach Peace Without Intimate Empathy