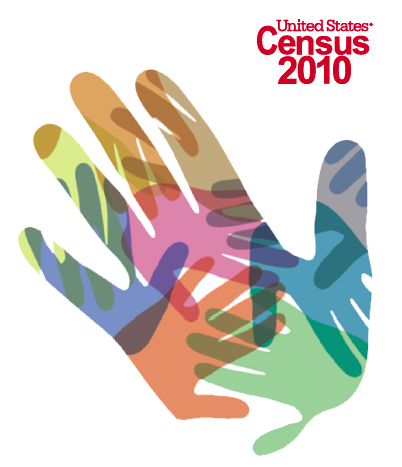 Many USAers have already filled out their census forms. Or are at least thinking about it. Or have at least taken the form and added it to their pile of mail to be dealt with later. (Seriously, fill it out and send it back. It’s good for you, your community, your neighbourhood, your city, your state… And I hear it gives you whiter teeth and shinier hair.)
The buzz around the Jewish community, at least if I’m to take various listservs I’m on as representative of the larger American Jewish community, is what to do about “race” and Jews. Of the 29 races listed, none represent Jews (or Arabs). Jews aren’t sure how to fill this out. The problem, really, is that the US government is asking for “race,” not ethnicity, not nationality, not heritage… It’s not surprising that Jews aren’t listed as a race – we’re not a race. Arguments can, and have, been made for Jews as ethnicity, as culture, and certainly as religion, but as a racial group? No. So some people are writing in “Jewish” next to “other” in race. But is that accurate? And does the government need to know, or should it know, how many Jews live within its borders anyway?
By contrast, Canada does the census differently when it comes to Jews. First, it should be noted that the Canadian census does have a section on religion, unlike the US census. Canada’s census asks folks to check off their religion, with a dozen options, then a fill in the blank for others. Years ago, Jews (rabbis, academics, the establishment) were consulted on how to count the Jews.

It was decided that Jewish would appear twice: under “religion” and under “ethnicity.” (You can choose more than one ethnicity, I believe.) You’re considered Jewish, according to the census, and with the agreement of the above-mentioned experts who were consulted, if you: check Jewish for religion but not for ethnicity; Jewish for religion and ethnicity; Jewish for ethnicity but don’t put a religion; Jewish for ethnicity and put a religion that one doesn’t have to convert to to follow (like Buddhism). You would not be counted as Jewish if, say, you checked Jewish for ethnicity but put Catholic for religion. The Canadian census does not ask for race. As noted, we’re asked about ethnicity. But it’s not left with one question. Instead of “race,” there are two questions, I believe (it’s been 9 years – cut me some slack!): “ethnicity of origin,” from which you can check from a list or add in an “other”; and then a separate question on if you consider yourself a “visible minority,” with various options to check for that, along with a fill in the blank “other.” The Canadian census happens in years ending in 1 (with a smaller census, fewer questions, happening in years ending in 6). So we’ll see what it yields next year.
Both countries have separation of religion and state. So why does one ask explicitly about religion (including Jews) while the other doesn’t? I’m guessing that, in part, it has to do with Canadians trusting that the religion information is being collected to see how diverse we are, and not to be used for some Evil Reason. Which is the same reason we’re asked about ethnicity or income or number of people in a family or household. It’s just another measure of diversity. But it’s also helpful for provinces like Quebec, where Jewish (and other religious) day schools are subsidized by the province. Or for those provinces that accept rulings from a beis din (or from Islamic sharia councils) for certain legal matters. Yes, these are still both within the Canadian definition of “separation of church and state,” because all religions are weighed equally. Catholic schools in Quebec are subsidized alongside Jewish and Muslim. Acknowledging that most Western law is heavily Christian-centric, the government allows for Jewish and Muslim legal systems to hold weight as well. Separate from state while allowing for religious pluralism. By contrast, my sense of “separation of church and state” in the US is that Christians need the reminder, and that other religious groups aren’t really considered at all by the state. The two outlooks yield very different results, and different reasons for separation.
I don’t think it’s a problem to ask about religion or ethnicity. I don’t think it’s a problem to fill out those answers either. (I also support the right of individuals to leave questions blank on a census.) But I’m curious: what do other countries do? Does your country count the Jews?