Every once in a while, I read something that feels so resonant, so right on, that I have to share it. (After all, that was what the original blogs were all about – literally web logs of cool stuff we came across and wanted to share, or at least keep in a public record.) I’m in the final throes of writing my masters thesis, shoulder-deep in academic (and frustratingly not-quite-academic) writings about Jewish identity, Jewish education, technology, and what-have-you. 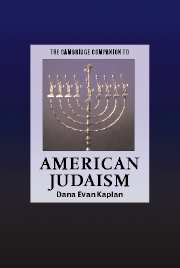 , entitled “The place of Judaism in American Jewish identity.” With such a generic title, I was unprepared for a paper that spoke directly to me and my experience, and I think much of the discourse around Jewish identity that takes place here on Jewschool. (And this book was published in 2005!)
It’s worth pointing out that this book is specifically about Judaism, the religion, which it distinguishes from Jewishness, the ethnic/cultural piece of the Jewish endeavor. Of course, part of what struck me about Kaufman’s piece, coming 169 pages into this collection, is her cogent argument against making such a separation.
Thanks to the magic that is Google Books, I can stop trying to describe the paper to you and simply have you read it:

(How cool is that nifty little internet geegaw, right?)
For those of you out there in Jewschool-land who have been reading us for a while, I don’t think you’ll find much surprising in here. But it’s nice to see some research and data to back up a lot of the instinct we’ve been acting on (and writing about).

Has Mugabe Raided the Lost Ark?

See a real purim shpiel in Yiddish- no mechitze necessary