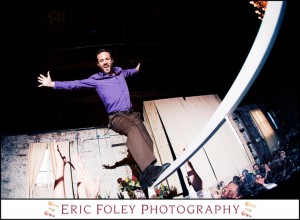 What does all this mean?  Based on this experience, I believe it may be time for the separate space to re-enter the conversation about how American Jews do simcha.  How it is ultimately executed is up for discussion, but it should no longer be taboo. If for no other reason, the mehitza charges the space.  It creates division within the unity which expresses a paradox very much reflective in marriage.  Just the conversation alone will reveal much about where American Jews are today.  Who wants to join me?

Even The Conservative Jews Proselytize