Today, June 1st, is Yom Yerushalayim, Jerusalem Day, marking the reunification of Jerusalem during the Six Day War in 1967. This is both an Israeli state holiday and a rabbinically mandated minor religious holiday, which means it’s celebrated both with parades and liturgy.

I’ll admit that this mixing of politics and religion makes me deeply uncomfortable. Attributing military and political victories to God is a step further down the slippery slope of political demagoguery than I’d like to take. It makes it easy for politicians, generals, and their supporters to confuse luck, skill, and power for divine right. It’s not surprising that the term demagoguery originates in Ancient Greece — that’s also where the habit of proclaiming religious holidays for military victories started. Perhaps you’ve heard of Chanukah? 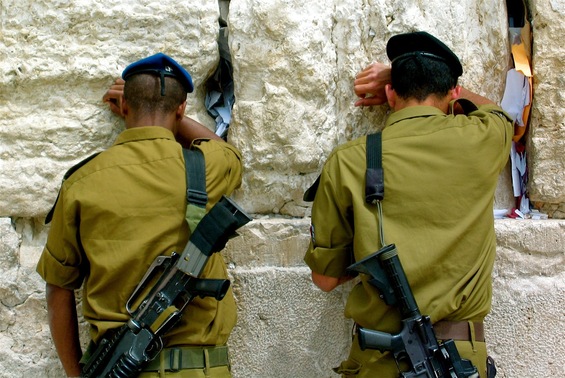 I’m not alone in my discomfort with this conflation. The sages of the Talmud were so uncomfortable with Chanukah as a military holiday, they wrote a new backstory for it… you know, the bit about the oil? The rabbis thought we’d be better off with a fairy tale invented 600 years after the events of the holiday instead of celebrating the military victory. One might wonder whether the hindsight knowledge that the victory came at the price of quite a bit of Jew-on-Jew violence and resulted in a corrupt Hasmoean dynasty that further consolodated the roles of high priest, king, and general into one person and eventually lost Israel to Rome.

It’s that same vantage point of hindsight that further complicates my feelings about Yom Yerushalayim. There are unquestionably good things that came out of the reunification of Jerusalem. When Israel declared independence in 1948 and was attacked by neighboring countries, Jordan captured the Old City and East Jerusalem, barring Jews from visiting holy sites like the Kotel, the Western Wall. The Israeli victory in 1967 — itself a reaction to an unprovoked attack again by a coalition of neighboring countries — gave us access to these sites. That is certainly something for which I’m thankful, although I stop short at attributing it to a mircle from God. I can’t help be moved by David Rubinger’s famous photograph of those first paratroopers who made it to the Wall.

I suspect when most Americans argue against a shared or divided Jerusalem, they picture a border right down the middle, cutting them off from the Western Wall, or Hadassah Hospital, or the King David Hotel, or any other favorite part of Jerusalem. But anyone who’s ever visited Jersualem and wandered beyond the tourist attraction knows that this is alread a city divided. East Jerusalem — or as you’re more likely to refer to it, “Arab East Jerusalem” — is the quintessential “part of town we don’t go to.”

Some people are never going to budge on this; matters of practicality pale in the face of a religiously-fueled desire for Greater Israel. Others won’t ever understand the situation until they walk through East Jerusalem and see for themselves that it is already, essentially, a different city. But I can’t help but to wonder if celebrating Jerusalem Day, with its attendant festivities and psalms, isn’t blurring the image.

Jews who pray face Jerusalem every day, directing their hopes and dreams, fears and frustrations to this place that has been central to our people for 3,000 years. Rather than celebrate a military victory that brought some advantages and many more complications, when we turn to face Jerusalem today, let it be in the spirit of a Yom Shalom, a day of peace.

Photograph by Flickmor on Flickr used under Creative Commons license.

Video sampling of Hebron in the last couple of days

What In The Hell Is Going On 'Round Here?