I hope the kid (I guess he’s barely a kid, at 17, although the story reads as though he’s younger) doesn’t keep hiding his Jewishness. Go, young, Jewish, black, Irish-dancer, use the force! Or whatever. 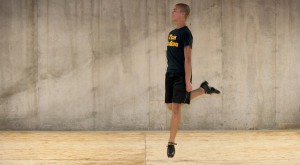 meet Drew Lovejoy, a 17-year-old from rural Ohio. His background could not be more American. His father is black and Baptist from Georgia and his mother is white and Jewish from Iowa. But his fame is international after winning the all-Ireland dancing championship in Dublin for a third straight year.

The "Right" to Play Ball