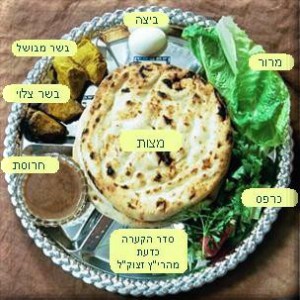 I’ll come out and say it: fear for your security from a persecuted minority group is bullshit. Anyone who hasn’t lived in India or South Africa or the Antebellum South or Nazi Germany can just rent a copy of District 9. I think you’ll get the point pretty quickly.
Does that mean that persecuted minority groups don’t act out? Um… what do you want them to do, exactly? We build aggressively on their land; we withhold their duly paid taxes; we actually argue in public that they don’t exist, and oppose their efforts to build a separate, democratic country. We subscribe to the doctrine of collective responsibility, blaming Palestinians who grew up in exile for an invasion from an entirely separate set of brown people in 1948. And we deny, to this very day, that we even gently encouraged people who had lived for generations, in what is now Israeli land, to leave. As if we became a majority overnight, by magic.
I needed to go to this conference to be shaken out of my complacency; I thought this was an issue of religion. I really did. At times, I vocally supported a one-secular-state solution, as I am first and foremost an American, and I believe that mixing government and religion causes trouble ten times out of ten.
But if you are a liberal, modern Jew, you have to confront two realities. One is that the State of Israel is a fundamentally well-intentioned thing which has done much good. The second is that it is a modern, blindingly obvious imperial power with a particular interest in its next-door neighbor, a la Ireland under England. The question of who got there first is irrelevant. The question of who attacked whom first is irrelevant. The question of who is “more civilized” – again, irrelevant.

This formula for a Host State and a Dependent State ONLY WORKS if you consider the residents of the dependent state sub-human. And we Jews know a thing or two about being considered sub-human.
Now, nobody in their right mind could say that this delegitimizes Israel itself. Was England done for (or less legitimate) after it lost America, or for that matter Ireland, India, Pakistan? Was France no longer a global power for losing Algeria? Did America matter less to the world after turning Japan back over to the Japanese, even after the Japanese perpetrated a mass act of terror against us and were repaid with two nuclear bombs?
No. Rather, these countries all GAINED prestige from losing colonies, if they temporarily lost some income. Colonies are profitable. They enable a parasitic relationship between a host country and a subservient people. It doesn’t matter what the laws on the books say, or what agreements were signed when, or what, or what, or what. The Palestinians are restricted in freedom of movement. Their economy is skimmed and sanctioned by Israel, with no real representation to show for it. And all attempts at breaking free are thwarted.
I am practically glowing to see the Palestinians turning en masse to civil disobedience. It works a lot better than freedom fighting, and it may signify the end is near – IF the Palestinians get the support they need, from without and from within. Nelson Mandela started out bombing buildings, and wound up toppling a racist regime through popular civil disobedience. John Brown raided an armory and helped instigate a Civil War; a hundred years later, Martin Luther King Jr. put people in public squares and lunch counters and buses and had them just stand there, being human beings, unwilling to move. And he accomplished what John Brown set out to accomplish with gunpowder.
If the Palestinians undertake mass civil disobedience now, we know what the government of Israel will say. It will cite security concerns, and it will say the protesters are disrupting the public order. It will lock them up and beat some of them, and the few instances where loose cannons fight back will be held up by the media as a foil for every Palestinian.
But then, the disobedience will continue. The public sympathy will start to turn; the courts will intervene when it is relatively safe to do so. And sooner or later, after much tragedy, there will be a free and independent Palestine. It will exist side-by-side with a free and independent Israel, and both Israel and the United States will benefit from the increased security this brings to the Middle East and to world Jewry and world Islam.
When I was 14, I was worried that my life would be boring. Bill Clinton was my President, the economy was roaring along, and Yitzhak Rabin even seemed to be making the impossible happen in Israel / Palestine. I was worried how I would fill the interceding years, now that there were no more great crusades.
Be bored no longer, my Jewish brothers and sisters in America. We have something big to fight for. And if we do, we stand a chance to prove that Jews can be on the right side of history not only when we don’t have power, but when we do. Doing the right thing when you have power is the rarest of all things. And it sets us apart in the way we should be – not only in having the right morals on paper, as we know we do; but in letting them guide our actions, as individuals and as a people.
It’s time to exercise some Jewish morality. It’s time to let a people go.

If Anne Frank Only Knew…

Kabbalistic Red String: Not To Be Confused With Tampons