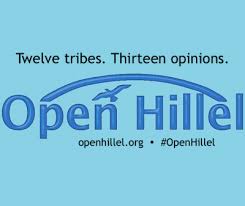 This is an interview with Emily Unger, a Harvard  senior majoring in biology, and the former chair of the Harvard College Progressive Jewish Alliance, the  student group organizing a  protest against Hillel’s ban on partnerships with groups back boycott, divestment and sanctions against Israel.

Jewschool: Give us some background about your experience with this issue at Harvard.

Emily Unger: I’ve been involved in the Progressive Jewish Alliance (PJA) since the beginning of my first year at college, and this entire time, we’ve prided ourselves on working together with both Harvard Students for Israel and the Palestine Solidarity Committee (PSC) and co-sponsoring events with both groups.  Last semester, we planned to co-sponsor an event with PSC called “Jewish Voices Against the Occupation”, which brought two speakers, an Israeli Jew and an American Jew, to talk about their experiences doing non-violent activism against the occupation of the Palestinian Territories (protesting home demolitions in the West Bank, etc.) and how this related to their Jewish identity.  We wanted to hold the event in the Hillel building, since it was a Jewish event and we thought it would appeal to Jewish students.

Initially, we were told, based on the event’s content, that we could hold it in Hillel.  However, PSC’s co-sponsorship quickly stirred up controversy, especially among Hillel’s donors, because PSC supports boycotts, divestment, and sanctions (BDS) against Israel as a means of protesting the occupation.  We were told that we could no longer hold the event in Hillel, because Hillel International’s Standards of Partnership state that Hillel cannot co-sponsor with any group that calls for BDS.  The event still took place in another location on campus, but it dismayed us to learn that we could not hold it in Hillel simply because we were co-sponsoring it with PSC.    We learned that these same guidelines had also been used to prevent Brandeis Jewish Voice for Peace from becoming Hillel-affiliated; more recently, they were used to expel a Hillel student leader at Binghamton from his leadership positions.  We realized that these rules were not only preventing Jewish and Palestinian groups from working together, but also limiting which Jewish groups and individuals were welcome within the Jewish community.

Jewschool: What has your experience in Jewish communities before this in terms of Israel/Palestine and other issues of contention been?

EU: In my experience, Harvard Hillel does place a high value on pluralism when it comes to almost every issue.  Hillel makes a real effort to be open to a wide variety of Jewish practices and beliefs, to all the religious denominations and to those who are mainly culturally Jewish.  Hillel even serves as an umbrella organization for groups whose views directly contradict each other — for example, an Orthodox minyan that believes homosexual relationships are forbidden and BAGELS, the Jewish queer group, which supports and advocates for the rights of queer people.  Certainly, this religious pluralism is not perfect, and on occasion problems arise, but I believe that Hillel makes a good-faith effort to be as inclusive as possible in these areas.  It is only when it comes to Israel/Palestine where Hillel draws these “red lines” delimiting what is “legitimate” and what is not.

This is the first time that I, personally, have run into a problem like this one; however, I had often heard of similar controversies taking place in the past in other Jewish communities.

EU: After the initial events, we took some time to discuss the best course of action.  We concluded that this issue was important enough — that our ability to work with Palestinians on campus and fully express ourselves within the Jewish community was at stake — that we should fight to have these policies changed.  We had the option of simply distancing ourselves from Hillel and continuing to hold these more controversial events outside of the Hillel building, but we did not want to become disconnected from the campus Jewish community in this way.  Hillel has always been my home on campus, and it felt wrong to me to give up and leave.  After all, as the “center for Jewish life on campus,” Hillel ought to support all Jewish life.  Thus, rather than quietly drift away from Hillel, we decided to stay and improve the organization from within.

Based on our conversations with Hillel’s executive direction and the Hillel student leadership, we realized that it was important to demonstrate that there is widespread student support for more open policies.  This was the impetus behind starting the petition — to make students’ voices heard and counter the voices of donors and Hillel International leaders who are pressuring Harvard Hillel to maintain these restrictive policies.  However, the petition is only one part of the campaign — we are also meeting with Hillel board members, working closely with Hillel student leadership to craft better policies, talking to students at other schools who care about these issues, and opening up open community conversations on the subject.  In general, our goal has been to make this campaign as inclusive, transparent, and dialogue-oriented as possible.  Nearly all our campaigning has taken place within Hillel — we’ve done all our signature gathering in the Hillel dining hall and front entryway, and this has led to many wonderful conversations with people about BDS, pluralism, and Hillel’s role on campus.  Our goal is to let everyone’s voice be heard within Hillel, and we’ve been encouraging people who agree with parts of our campaign but not others, or who want somewhat different policy changes, to talk about or write down their thoughts even if they don’t want to sign the petition.

Jewschool: What do you hope the impact of the campaign will be?

EU: On the policy level, we hope that Harvard Hillel will change its policies to allow co-sponsorship with and affiliation with groups irrespective of their political views.  We hope that similar changes will be made at other campuses, and that this will eventually push Hillel International to change their guidelines.

On the community level, though, our goal is mainly to open up dialogue and get people talking about things they wouldn’t normally talk about.  Many Hillel students had never realized before that there are Jewish groups that advocate for BDS, for example.  Many have never talked to a member of PSC, and have no idea what the group stands for.  These are the sorts of things we should be talking about in Hillel, and no matter what this campaign achieves in terms of policy changes, we are bringing these conversations into the Hillel community, and that is hugely important.

Jewschool: What’s been the response of your communities since this campaign began? Has it been harder or easier or just different to be in certain spaces?

EU: We got some bad reactions to our initial open letter, and there have been a couple of members of Hillel who have been very vocally opposed to our campaign.  However, since the launch of the petition, the response has been overwhelmingly positive or neutral — even those students who disagree with us largely seem to respect that we are standing up for what we believe in.  The other students in the community haven’t made me feel at all uncomfortable since our launch.  That said, it is somewhat disheartening and alienating to be told by official policy that I am not fully welcome in Hillel, and this has made me feel a bit disconnected from Jewish life on campus.  I see this campaign as a way of fighting that disconnection — Hillel’s policies might try to push me away, but Hillel is too important to me for me to let that happen.

Will Jewish Voters Decide The Next Election?