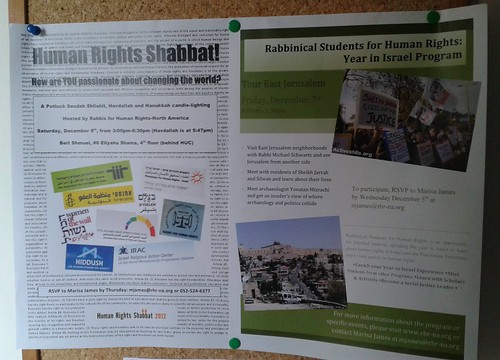 At the Forward, Repair the World and the Jewish Agency present their new study of service learning opportunities for young North American Jews. They argue that addressing societal needs in Israel — a context of service to others in a Jewish place with other Jews — is “unparalleled” in successfully attracting young people to visit Israel for longer than ten days, feel Jewish, and get involved back at home in North America.
But after eight years working at the intersection of the Jewish social justice sector and pro-Israel organizations, allow me to issue the Jewish community a warning: Social justice trips to Israel will widen the generation gap. So please, continue straight away.
Really, I’m enthusiastic to welcome to the Jewish Agency into the future because it’s damn time somebody in the establishment finally arrived. While orgs like American Jewish World Service, Hazon and Avodah pioneered service learning outside Israel, only the New Israel Fund was implementing it in Israel. Only in the past two years have service learning programs in Israel truly blossomed as they have at home and abroad.
And quite understandably so, because the mainstream Jewish community immaturely fears discussing an Israel with warts. Birthright, as a big example, is based on the assumption that young people must “love” the country first, before any critical discussion. Jewish educators (at least the wise ones) have lamented for years that soldier worship and recitation of pro-Israel talking points are out of step with the kind of critical relationship young Jews have to their own country and the rest of the world.
This is because the moms and dads, bubbes and zaydes who sit on the boards of and contribute money to Jewish institutional life themselves refuse to criticize Israel. For our grandparents and those who remember the collective trauma of the Holocaust, Israel can almost never behave badly enough to deserve rebuke. For their children, our parents, Israel was an inspiration at a time when Jews were fighting to integrate into American society. To them, some societal friction and an Arab underclass were perfectly forgivable given the alternative — not having Israel. 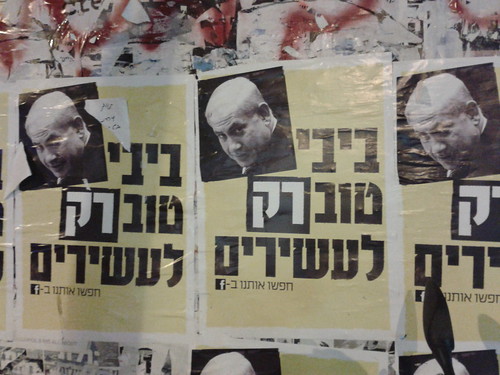 In our generation, the Intifadas generation, the bar is higher. The “novelty” of a Jewish state is wearing off for us, in the words of Zionist historian Shlomo Avineri (and he said it 1981). Young North American Jews, seeking “meaning and significance” in their Jewishness, ask “What impact does my being Jewish have on the world around me?” And Israel is no exception: “What impact does my engagement with Israel have on the world around me?” And impact is evaluated in largely universalist terms.
So in our parents and grandparents’ desperation to continue preserving and perpetuating the Jewish people (for what mission, they cannot articulate), they are giving the most wonderful gift to the Jewish people that I can think of, sending young Jews to help fix Israel’s societal woes. And they will receive something completely different than what they expect: more criticism of Israeli policies of all kinds, from their very brightest and most loyal.
Think about it. Hundreds if not thousands of young impressionable Diaspora Jews marching straight to Israel’s regions and issues of greatest shortcomings: persecuted African refugees, Ethiopian and Russian immigrant slums, Mizrahi racial discrimination, disillusioned middle-class Ashkenazim on the verge of yerida, and Arab children in overcrowded schools, all of whom harshly criticize their country’s political leaders. Even young Israelis their age who are social justice-minded see themselves as beleaguered and ostracized by a public divided along sectarian selfishness. Wow, try to explain that to Bubbe. 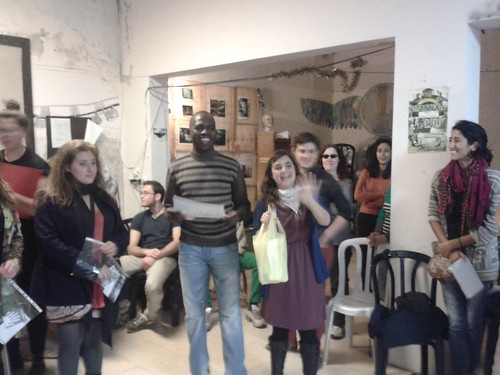 Exactly such an effect birthed Right Now: Advocates for African Asylum Seekers in Israel, a band of American young Jews toiling daily across both coasts to save the lives of friends among African asylum seekers persecuted by race-baiting Interior Minister Eli Yeshai. They participated in many of the programs investigated by the Jewish Agency and Repair the World — MASA-supported programs like Yahel and New Israel Fund’s Social Justice Fellowship. In less than a year, they’ve acted on their knowledge of Israel’s shortcomings to get a few thousand of signature on petitions, pepper social media with video testimonials, and aid Israel’s human rights NGOs with overseas advocacy.
These young activists will one day lead an American Jewish community capable of more than simplistic and shallow fawning over a mythical Israeli perfection. As the Jewish Agency and Repair the World’s Forward op-ed noted,

This study has opened our eyes to a different reality. We, as a people, are more confident and mature than that. Our Jewish identities are strong and complex enough to love a complicated country. We can date and get married and feel more deeply in love than ever. You can open the closet, the junk can fall out and we’ll still love the house.

Israel to a Millenial’s eyes is not yet worthy of idolization from afar. Instead, our parents and grandparents have been idolizing a fantasy in their minds based off tragically low expectations following an even more tragic past. Israel can indeed become a place worthy of admiration for things that matter more to the coming generations: world-winning social equality, overcoming a violent birth by resolving Palestinian statehood and dispossession, and championing human rights on the global stage by a people who once had none of it.
It may indeed be that mission which could bridge the generation gap with providing continuity for the aging generation and meaning for the new one.

All hail our leader William Daroff