I was walking with a friend the other day when he saw my Ahavas Yisrael pin. I had just told him I was a Jewish Studies major. “Wow, you must be really into it,” he said. “Not really,” I said, “not really at all anymore.”
I explained it to him and he was the only one so far not to say , optimistically, naively, “You can still be Jewish!” He said something very interesting. He said: “Maybe you were looking for a sense of order.”
It makes sense. It makes so much sense. It started in community college in 2010, when I wanted to be a philosophy major. I was really against Continental philosophy. I wanted to be against something. I liked the raw logicality of analytical philosophy, and I hated anything that threatened it. Interestingly, that was also around the time when I started thinking I wanted a different way of life…I had just come back from art school, after a failed relationship (if you want to call it that), a failed music career (if you want to call it that), and a failed freshman year (literally…I dropped out). Music–what I had always assumed I would do since age ten–had failed me. Being gay had certainly failed me. I had originally enrolled in community college wanting to be a business major (!), but ultimately chose philosophy. By the end of my two years there, I was hooked on Judaism. It was only natural that I would end up choosing Orthodoxy.
This need for order–along with my new goal of becoming a philosophy professor–led me to get something like a 3.9 so I could be accepted to William & Mary (an unashamedly traditional school). I was still planning to convert to Orthodoxy. I changed my major from philosophy to religion to Jewish studies. And by the end of my first year at William & Mary, I was basically on an inevitable path. Why stop at Modern Orthodoxy? I took an Aish course online, and considered joining their women-only BT seminary. Never mind that I wasn’t *technically* Jewish. It was painful to think about. It disrupted my order. 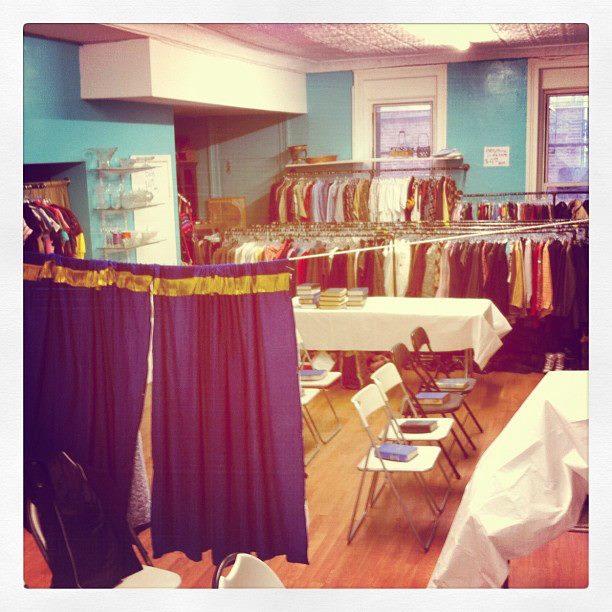 That was just the beginning of my growing sense of disorder and liminality. But I was still ignoring it at that time. I withdrew from my classes at W&M and transferred to Brooklyn College. I bought my food from Pomegranate and my undershirt shells from the Shell Station, and not without tons of stares. I didn’t care. Soon I would fit into the framework, if I would only try. I was talking via email to a BT rabbi who lived in Brooklyn, and he was giving me so much encouragement. “I know how you feel, since I felt that way too,” he’d say. I found a minyan and a rabbi who would convert me, and I filed a conversion application with the RCA. Everything was going really perfectly, and of course I considered it a sort of divine will, although I never would have admitted it except to other very frum, religious people.
But then things started changing. I started noticing the stares more. I started getting annoyed by them. I started getting annoyed at other converts, people who seemed too religious, too by-the-book, annoyed at the texts, annoyed at the holidays, annoyed at the singing, annoyed at Orthodox Brooklyn.
And then my annoyance disappeared and was replaced by disappointment. The “Orthodox culture” everyone had told me about was appearing all around me. I noticed that people were just as religious about having seltzer water on the table as they were having challah on it. I noticed people didn’t finish birkat hamazon sometimes. I noticed that gemara had gaping holes in it, and I noticed that people didn’t seem to mind. I noticed that people were forming their own pathways to get around the inconsistencies. And I noticed that those pathways were called “customs.” Judaism wasn’t being held up by a timeless and flawless system; it was being held up by people.
And, just like that, my sense of order was shattered.
That is what I try to tell people when they insist that I shouldn’t have left Judaism after coming out. I was accepted by the community that I had formed around me. Sure, that encouraging rabbi had stopped emailing me. But my real friends were still there. It wasn’t that. Homosexuality proves to me that Judaism is a flawed system; a human one. Its only answers were to either ignore the problem or to require celibacy. I felt deceived. When you think you were brought into a situation by some kind of divine imperative, told the system has no flaws, and you find one, and the very people who told you there were no flaws have no answer for the flaw, of course you are going to feel deceived.
I used to think that order was a sign that God existed. But there is so much disorder within order that I am not sure anymore. If God exists, it is certainly not in the ordered way that books describe. I used to be completely fascinated by the idea of God, and now, frankly, thinking about it makes me nervous. Facing that new void scares me. The sense of order that I got from being religious gave way to complete bewilderment. I felt as if I had lost everything, and all I could do was pick up the pieces. I had built up trust in this thing for two years, and it was gone within a month.
I’m not sad, though. I was sad at first, and really just mortified and embarrassed for quite a while. I still have to tell people I am a Jewish Studies major. “It’s a long story,” I say, although I am getting a little tired of the story. I am feeling more and more distant from my summer in New York, although it seemed so real and immediate and important at the time.
It makes sense that I am newly interested in computer science, since about six months ago. It’s tiring that my interests change almost every year, but there is a common theme at least. Logic, order, reasoning.
It seemed religion couldn’t stand up to that after all.

KKKramer — Jew or Not a Jew?

Innovators: Put up or Shut Up