Open Hillel is a student-led campaign to change Hillel’s policies to better reflect our community’s values of pluralism and inclusivity. The statement below is a response to “Working Together to Expand Support for Israel on Campus,” written byHillel’s President and CEO Eric Fingerhut AIPAC’s Leadership Development Director. The article announces a new partnership between Hillel and AIPAC. 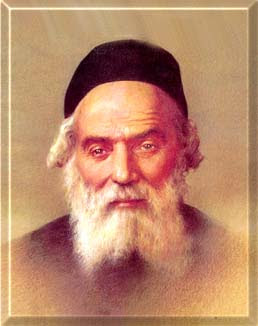 Open Hillel Responds to AIPAC and Hillel’s new Partnership
Hillel has consistently demonstrated an admirable commitment to religious pluralism, welcoming students who span the full spectrum of Jewish religious practices and beliefs and encouraging students to connect with Judaism in ways that are meaningful to them. We are worried that this pluralistic spirit, so beneficial to Hillel and the Jewish community, is lacking in the political arena. In particular, we are deeply troubled by Hillel President and CEO Eric Fingerhut and AIPAC Leadership Development Director Jonathan Kessler’s recent declaration that Hillel and AIPAC “are working together to strategically and proactively empower, train and prepare American Jewish students to be effective pro-Israel activists on and beyond the campus.” We fear that this new partnership will alienate Jewish students whose views do not align with those of AIPAC, stifle discussion and debate on issues concerning Israel-Palestine, and undermine Hillel’s commitment to creating an inclusive community.
AIPAC’s policy positions are highly controversial among Jewish college students and the American Jewish community at large. Thus, if Hillel operates with AIPAC’s definition of “pro-Israel” as the benchmark for what is and is not acceptable within the Jewish community on campus, it will alienate many Jewish students. For instance, Point 6 of AIPAC’s 2012 Action Plan calls for “the recognition of Jerusalem as Israel’s undivided capital.” However, since Palestinians also claim Jerusalem as their capital, many students believe that Jerusalem should be divided or shared. Indeed, 82% of American Jews support a two-state solution with an independent Palestinian state in the West Bank, Gaza, and East Jerusalem in exchange for full diplomatic recognition of Israel by the surrounding countries. Similarly, AIPAC’s national council voted down (by a large majority) a measure calling on Israel to dismantle “illegal settlement outposts,” the small minority of settlements that are illegal under Israeli law – not to mention, of course, that it tacitly supports the rest of the Israeli settlements in the Occupied Territories, all of which are illegal under international law. In contrast, nearly three times as many U.S. Jews believe that settlement construction hurts Israel’s security as do believe that it helps. Hillel is an umbrella organization serving all Jewish students, as its vision and mission statements express. AIPAC supporters can and must have a voice in Hillel. But that voice is just one voice; it is not and cannot be THE voice.
In their article, Fingerhut and Kessler describe the AIPAC-Hillel partnership as strategically necessary to combat “anti-Israel” activity on campus. However, in order for Jewish students to truly engage with Israel in a thoughtful manner, we should have the opportunity to hear a wide range of perspectives on Israel-Palestine — including voices that speak to Israel’s shortcomings and criticize its policies. For instance, in pointing to “anti-Israel organizing” at Stanford University, we assume that Fingerhut and Kessler refer to a national conference held at Stanford by Students for Justice in Palestine. Though SJP takes controversial positions, it raises important questions about the Occupation and human rights abuses in the Palestinian Territories. Many Jewish students (and American Jews in general) from across the political spectrum care deeply about these issues; indeed, many American Jews oppose and protest the Occupation. While some seek to write off conferences and events like these as malevolent and silence their efforts, we believe that Hillel, the campus center for all Jewish students, should provide a space for discussion and debate so that students can better understand the complexity of the situation in Israel-Palestine. As one Jewish student at Stanford explained last spring, when the Jewish community refuses to talk about controversial issues, it creates an image of unity but actually divides the community and alienates students who hold ‘dissident’ views or who simply are looking for honest and open discussion.
We also are saddened that AIPAC, in Fingerhut and Kessler’s piece, implied that the success of Hillel at Stanford’s Shabbat Across Differences somehow justifies this new AIPAC-Hillel partnership. Part of what made that Shabbat event so wonderful was that it was not run by AIPAC or any other one Israel/Palestine-related advocacy group. Students of all different political persuasions, as well as Hillel staff, worked together to create that Shabbat — and we believe that that is a model for other schools to follow. The picture that the article painted, of Hillel needing AIPAC to rally more students on campus in support of their form of pro-Israel advocacy, was not the reality and it should not be in the future.
AIPAC deserves a place within Hillel, as one of many voices on Israel-Palestine. However, given AIPAC’s specific and narrow policy agenda, it should not define what it means to be “pro-Israel.” Even more fundamentally, no political advocacy organization should set the boundaries of what is encouraged, acceptable, and forbidden within the Jewish community on campus; and we worry that this partnership means that AIPAC will be asked to do so. Just as, at Shabbat dinner, students of all denominations come together, share their experiences, and learn from one another; Hillel should encourage students with different political views to come together and discuss relevant issues for the sake of dialogue and mutual understanding. Ultimately, a strong community is one that acknowledges and embraces its own diversity.

Shiva minyan with an indie minyan