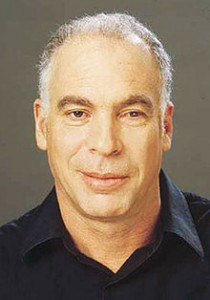 Ha’aretz reported today that Israeli housing minister, Uri Ariel supported the government’s decision to announce the green light for 1500 new settlement homes in occupied territories in response to the formation of a Palestinian unity government. Apparently he called the decision “the proper Zionist response”.
Actually, the proper Zionist response would have been to remember that if Zionism is truly a movement for Jewish liberation and self-determination, then it must be in solidarity with all other peoples right to liberation and self-determination. If Zionism is truly for a safe and secure home, proper members of the Zionist movement would work to make that a reality for the Palestinian people who call this place home as well. A proper Zionist response would have been to openly and cautiously look for moments in which to break the conflict through dialogue and mutual responsibility. A real Zionist response would be to end the occupation, which has torn a hole in the national aspirations of the Jewish people.
A proper Zionist would look at the last century with immense pride for the accomplishments (drip irrigation and the revival of Hebrew to name two) of the collective project, and deep shame as well as the will to take responsibility for the terrible things (the ongoing occupation and the Nakba to name two) that this movement has created.
Zionism, a movement built on a vision in which the Jewish people have the right to collective self-determination, is a word that the Israeli government (indeed, a great many these days) uses to connote patriot to the government’s policies, expansion at all costs, and millions living under martial law.
No, the proper Zionist response to a Palestinian unity government would be to find the opportunity to build a just peace.
Nothing the Israeli government has done with regard to the Palestinian people has been within the bounds of a proper response. Period.

*Update from Ha’aretz: “Netanyahu has decided to unfreeze planning processes for 1,800 [additional] housing units in the settlements that have been frozen the last three months.”

A. Daniel Roth is an educator and journalist living in South Tel Aviv. You can find more of his writing and photography at allthesedays.org and follow him on twitter @adanielroth.