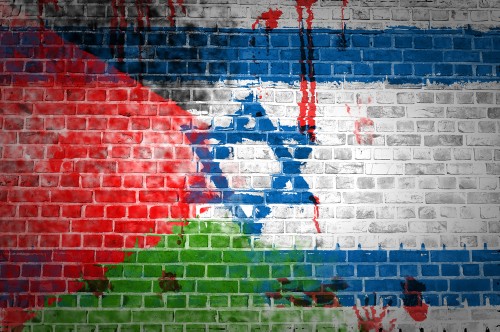 This is a guest post by Rabbi Joshua Strom. Joshua Strom is the Associate Rabbi at Temple Shaaray Tefila in New York City, where he lives with his wife Tali and their sons, Jonah and Gabriel.
Black – White. Yes – No. Israeli – Palestinian.  All – Nothing. Us – Them.
Once again we find ourselves in familiar territory. Once again our passions are inflamed. Once again the words fill the op-ed sections, our conversations, our e-mail forwards, our social media feeds:

“The right to defend itself.” “End the occupation.” “Rockets fired.” “Civilian casualties.”