Last night, several hundred young Jews gathered under the banner of “If Not Now” in Brooklyn’s Grand Army Plaza to observe Tisha B’Av, the annual holiday of Jewish contrition, and read the names of those killed in recent fighting between Israelis and Palestinians. These breathtaking photos by Gili Getz capture the somber reflection of the next generation of American Jewry reflecting on their relationship to Israel, to Palestine, to war, and to peace.
I lived in Brooklyn for seven years and I recognize so many of my colleagues in the photos: rabbinical students, young Jewish professionals, lay leaders of the Jewish social justice movement, and scions of famous rabbis. This is the center of New York young Jewry. The group already held two previous anti-war vigils in New York and Washington, DC, outside the offices of the Jewish Federations of North American and the Conference of Presidents, respectively, to object to their support for the continuation of fighting between Israel and Gaza.
As studies have shown for years now, young Jews see the Middle East very differently from their parents. And this crowd attests deeply to that: the people in these photos are the cream of the crop of American Jewish education: day school-educated, engaged in religious life, Birthright and Masa alumni, and shaping the innovative efforts that establishment Jewry looks to for continuity and salvation. The generation gap is real. Very, very real. 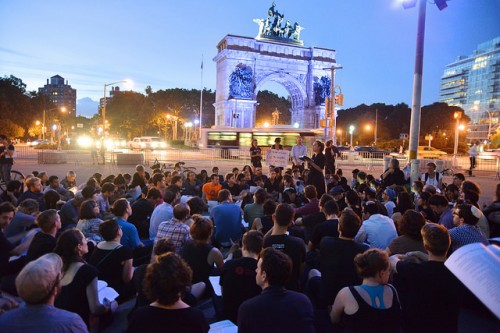 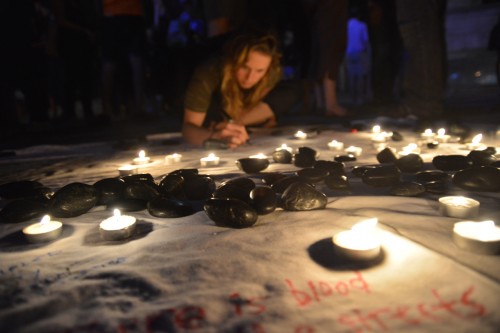 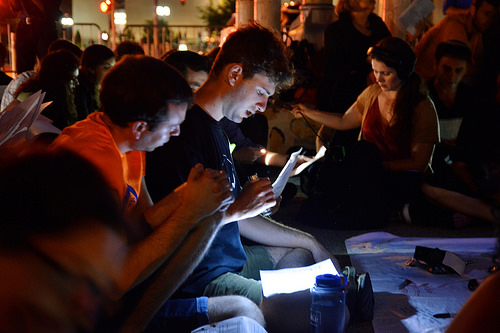 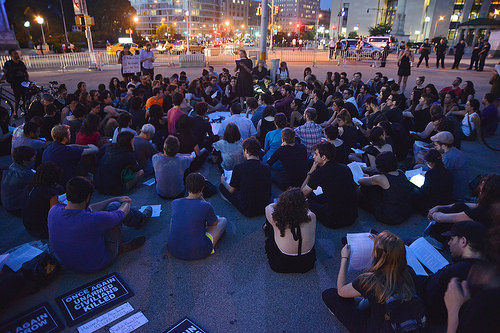