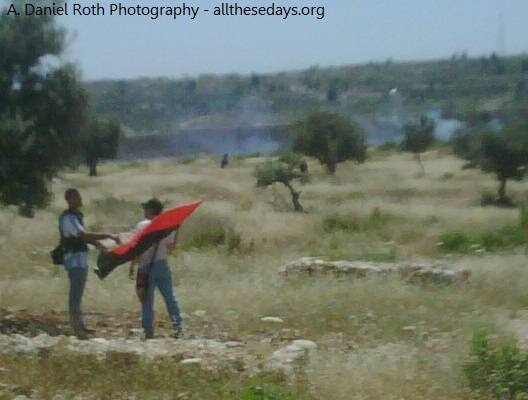 Word is that SodaStream is packing up their factory in the occupied territory and heading to the Negev desert in Israel.  A piece at ShalomLife.com takes aim at the BDS movement, which took aim at SodaStream this year, imagining what might happen if SodaStream packs up and leaves behind the hundreds of Palestinian workers who make a living at the factory. The article, of course, has a disclaimer at the bottom, presumably tacked on after a large number of comments pointed out  that this particular piece of Hasbara (“advocacy” in Hebrew) had jumped the gun, given that the the official announcement is yet to be made and there is no word as to what SodaStream will do regarding their Palestinian workforce. It is actually rather funny to have an entire article dedicated to an imaginary scenario, which then is noted as imaginary in a disclaimer at the end. Here it is:

DISCLAIMER** We would like to thank everyone for reading and commenting on the article, and make a clarification: the company has yet to make an official statement regarding this situation (they have only announced the new factory), but, as IsraellyCool points out, it its considered “common knowledge” that this may indeed happen. As stated above, the decision to move factories is non-political, and whether or not the Palestinian employees will be able to continue working with SodaStream remains to be seen. In this article, we are simply looking at what we believe will take place as a result of the BDS movement. Thank you.

So, to be clear, none of what the article posits is based on reality as of now.
Now, first of all, decisions about strategy and aims for Palestinian self determination are not for ShalomLife and JewSchool to make. They are for the individuals and collectives that make up the Palestinian people. That is a minimum requirement for self determination. It is no doubt true that Palestinians under occupation and people in liberation movements throughout the world have had to and will have to face economic, physical, and many other kinds of danger. Whether it is worth it for these workers to put themselves at further economic risk in order to resist occupation is not really for me to decide. The jobs those people have are very real and provide very real food and shelter and life. I can not judge. I can only suggest, opine and stand in solidarity. Still, while one can’t say that SodaStream does no good, it is a certainty that SodaStream perpetuates economic injustice and the occupation.
The truth is that the entire argument that the ShalomLife article is predicated on betrays the first and foremost problem with SodaStream’s relationship to the Palestinian people working there: The workers have very little power. SodaStream can pack up and leave, as they may be doing. They can fire them any time, and they have. Even Palestinian ministers cannot move about without Israel’s permission, how much power do you think those workers have? The very fact that an Israeli company can set up shop in occupied territory with only the permission of the occupier, and employ people living under occupation without a great deal of human and civil rights wraps the entire argument up in a nice tidy little package: People living under occupation don’t have the same access to the choices that people not living under occupation have, and while it may provide short term sustenance to a person or family or town, it cannot be relied on as a basis for livelihood for a family or community because it is in someone else’s control. This isn’t a problem limited to the occupied territory, mind you. Lack of power over our own communities, families and environment is a problem at the core of capitalism. The inequality of the occupation makes it that much worse.
If SodaStream were actually dedicated to the betterment of the lives of the Palestinians they employ there are plenty of things it could do: It could, at minimum, have secure, fair, long term contracts that protect workers from unfair dismissal (such as happened), for example. SodaStream could give ownership of the West Bank factory to the Palestinian SodaStream workers living under occupation. It could move the factory out of occupied territory and also get permits for the workers that want to work in the Negev, if they wanted to. The workers could be given shares in the company and/or make SodaStream cooperatively owned by Palestinians and Israelis. Shared ownership would make it a potential example of co-existence, which is the image the company wants to project anyhow. The CEO could make a statement against the occupation and endorse political candidates that stand against the occupation.  They could do a whole lot of stuff to fight the occupation, but they don’t. If they didn’t want to deal with these issues, they shouldn’t have set up a factory in the center of the occupation.
We must build movements to struggle for self-determination for all peoples as well as economic and environmental justice (and much more… There is much to do). Yes, SodaStream is a pretty good solution for the quadrillion plastic bottles we use every year, but as it stands now they benefit from the occupation and economic injustice, and so they perpetuate a reality in which millions live without control over their future.

A. Daniel Roth is an educator and journalist living in South Tel Aviv. You can find more of his writing and photography at allthesedays.org and follow him on twitter @adanielroth

How My Jewish and Black Grandmothers Found Bernie