Skip to content
[alert]Use the interactive map above to zoom in on an individual city’s elections breakdown![/alert] Even though Israel is not a representative democracy (meaning there are no “red towns” and “blue towns” per se), there is still plenty of insight provided by the geographic breakdown of the country’s election results. That’s where the idea for the Israel Votes 2015 Map was born. I was curious to see how the 2015 Knesset election results pan out on a map. Needless to say there were plenty of results that were fairly obvious, while others undoubtedly raised eyebrows.
The map allows users to see the distribution of voter turnout and different political strongholds throughout Israel’s cities and towns. Users can select options to show the geographic data about who voted right, left, center, ultra-Orthodox and for the United Arab List.
A quick analysis of the map shows how the 2015 elections clearly turned into a political battle between the two largest parties: Likud vs. the Zionist Union, which is not always the case in Israel’s multi-party parliament. The map also shows how the unification of the Arab parties resulted in higher voting rates in the Arab sector. Additionally, the fall of the ultra-Orthodox Sefardic party Shas due to internal political rifts is visible when their results are compared to the Ashkenazic party United Torah Judaism. 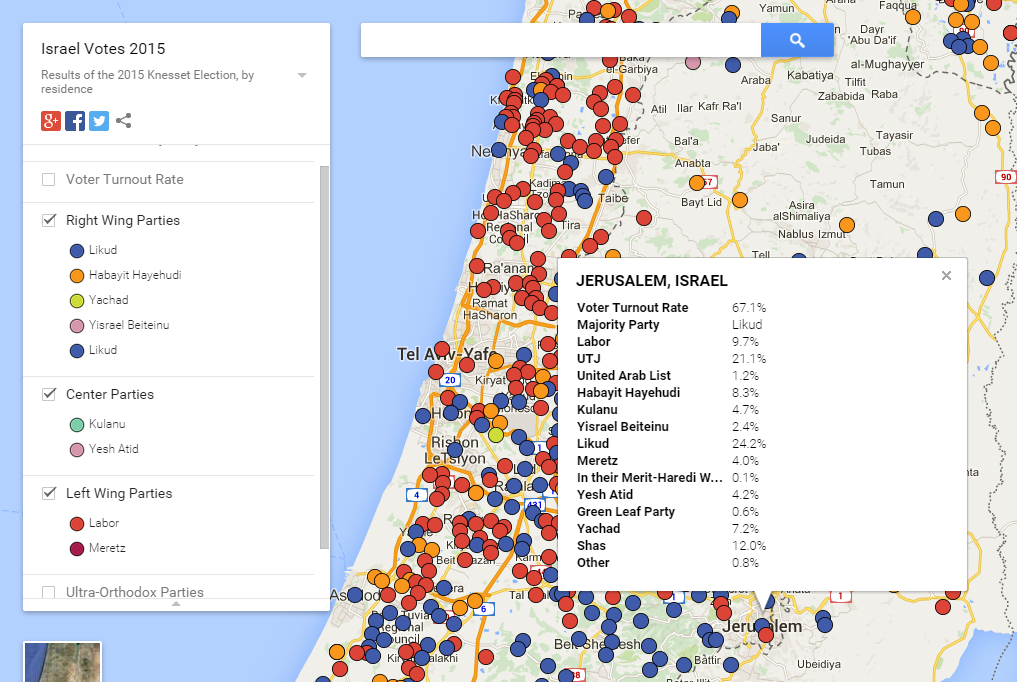 Why I (still) support J Street