“Biblical Hebrew is all made out of verbs…it all starts in the doing and goes back to the doing. Why isn’t there a blessing for giving tzedaka to the poor? By the time you say the blessing, the man will die of hunger… spirituality cannot just be in what you think and what you feel – it has to be invested in what you do.” -Rabbi Ruth Gan Kagan

Listen to the third of five episodes of the Global Torah Podcast with Rabbi Micha Odenheimer and Rabbi Ruth Gan Kagan, two living models of Jewish service in action. Catch the rest of the podcast here at Jewschool or on via iTunes or Stitcher.

Where are the intersections between Jewish spiritual practice and social action? Is there a connection between serving God and serving humanity?
R 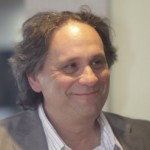 abbi Micha Odenheimer, founder and director of Tevel B’tzedek, created in 2007. A prolific journalist, Micha has reported on poverty, globalization and human rights from around the world including Somalia, Ethiopia, Iraq, Burma, Haiti, Nepal, Bangladesh and Indonesia, and written for the Washington Post, The Guardian, The London Times, The Jerusalem Report and Haaretz. In 1998, the American Jewish Joint Distribution Committee granted Micha the “Boris Smolar Prize,” based on his work covering of Ethiopian Jewry. Micha also founded the Israeli Association for Ethiopian Jewry, which was, and remains to this day, one of the most instrumental and valued organizations dealing with the absorption of Ethiopian immigration to Israel. Micha received the 2011 Klegg Prize from Hebrew University. (Full bio here.) 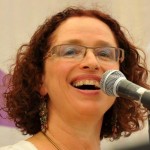 Rabbi Ruth Gan Kagan
Rabbi Ruth Gan Kagan was born in Jerusalem. In 2003 Ruth received smicha (rabbinical ordination) from Reb Zalman through the Aleph Rabbinical Seminary, of which she is now a member of the faculty. In 2006 she published, together with Reb Zalman, “Jewish Renewal – Integrating Heart and World” (Kirvat Elohim, Yediot Achronot) the first book in Hebrew describing the principles and practice of Jewish Renewal for the Israeli readership. Reb Ruth teaches classes and workshops in Jewish Spirituality in Israel and around the world . She is the founder and spiritual leader of Nava Tehila  She also works as a Mashpiah – spiritual director – with individuals who seek to build a more intimate relationship with the Divine. Reb Ruth is a mother of four and a proud grandmother of two. (Full bio here.)