Tuesday as part of Black Lives Matter’s national day of action, over 200 members of the Jewish community and Jews of color marched into Grand Central Station in New York City to support the family of Ramarley Graham, killed five years ago by NYPD officers. Days ago, Graham’s killer was allowed to resign and escape disciplinary firing. 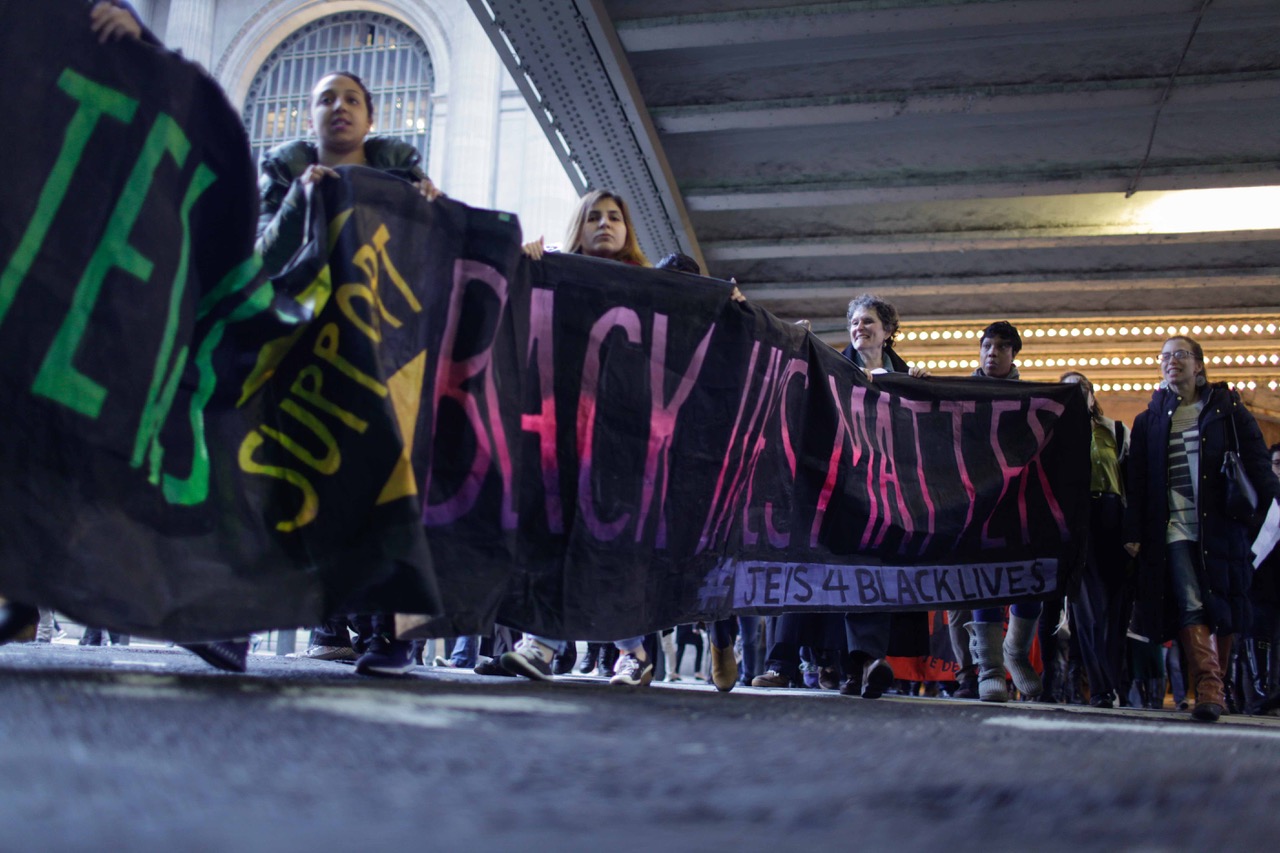 Over five years ago, then-NYPD officer Richard Haste shot and killed unarmed 18-year-old Ramarley Graham in front of his grandmother and 6-year-old brother in their home. 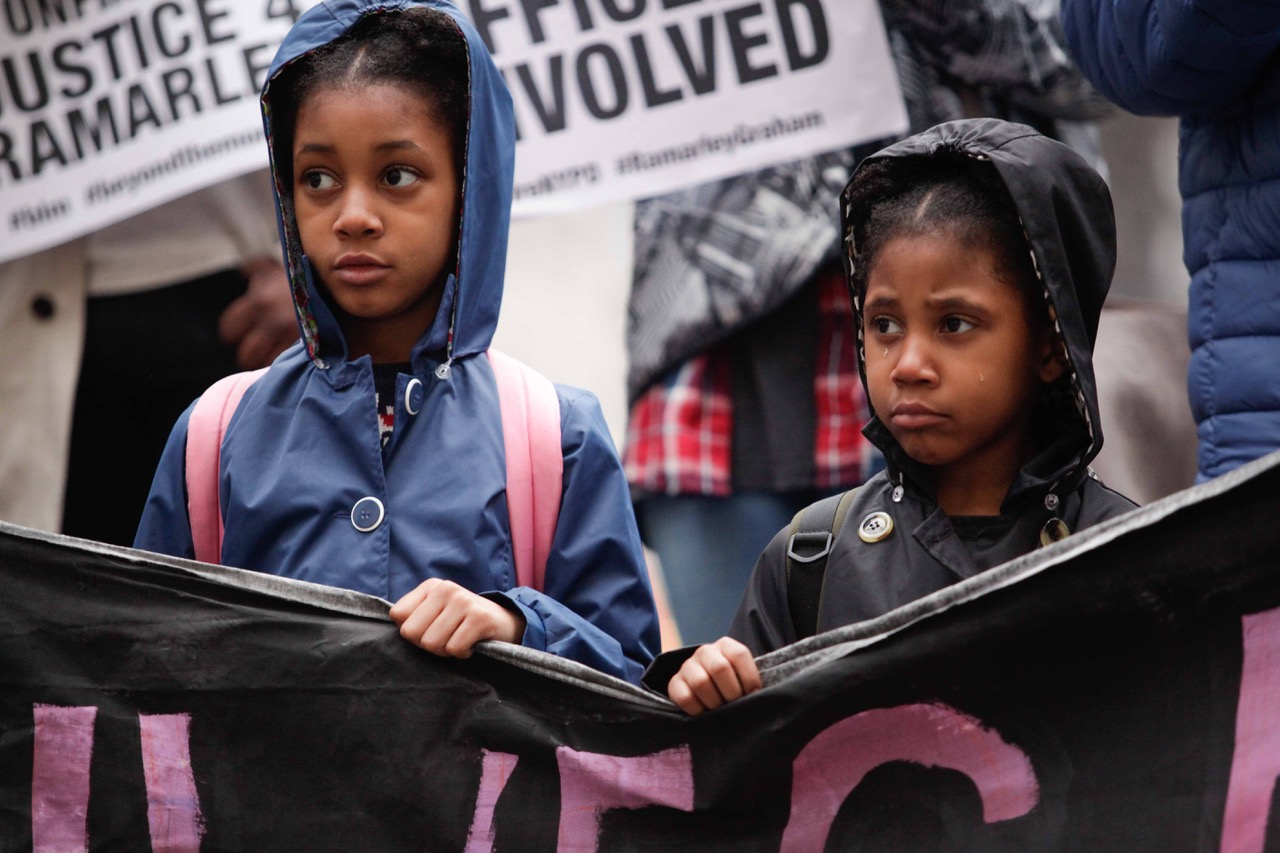 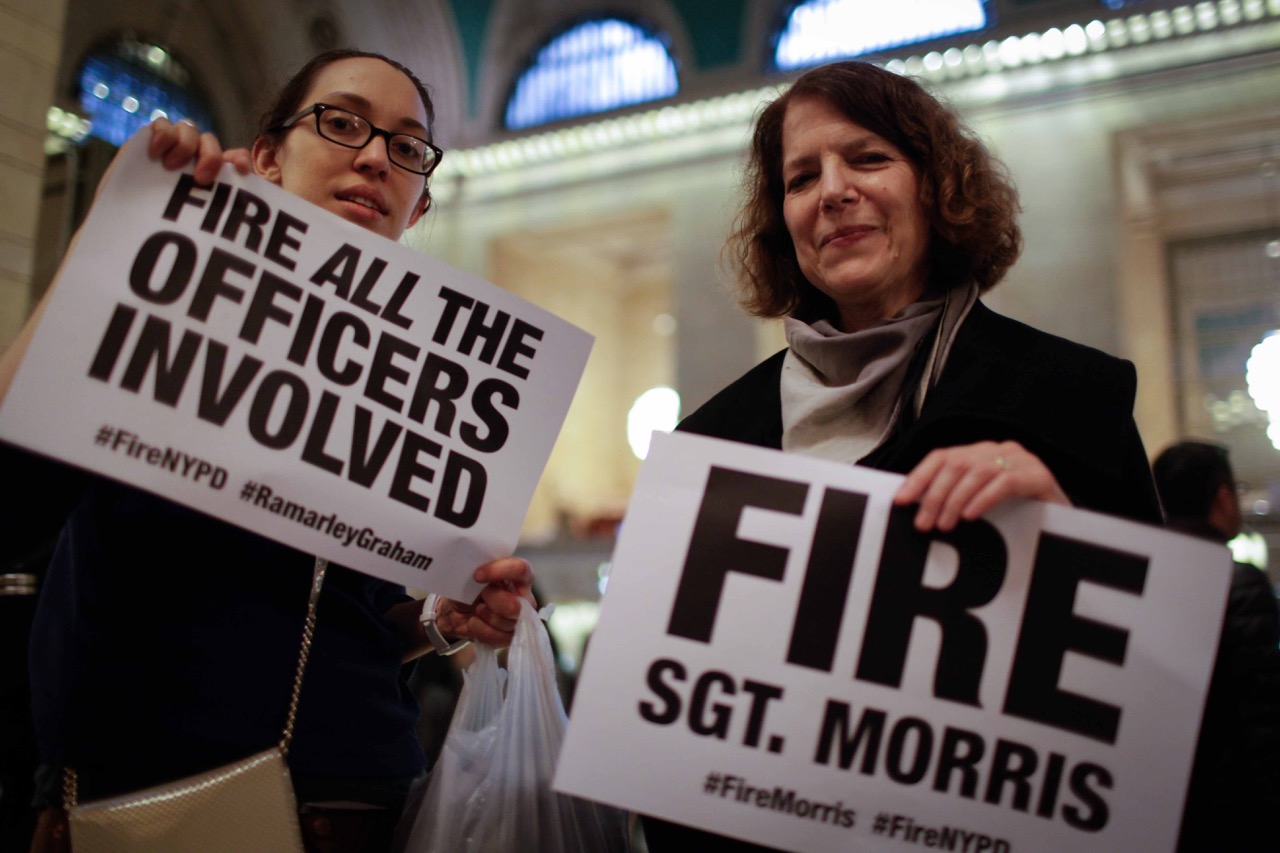 Days ago, Haste was allowed to resign after it became clear that the Rosemary Maldonado, the Deputy Commission of Trials for the NYPD, was going to recommend he be fired. All of the other officers involved in the shooting are still employed by the NYPD. 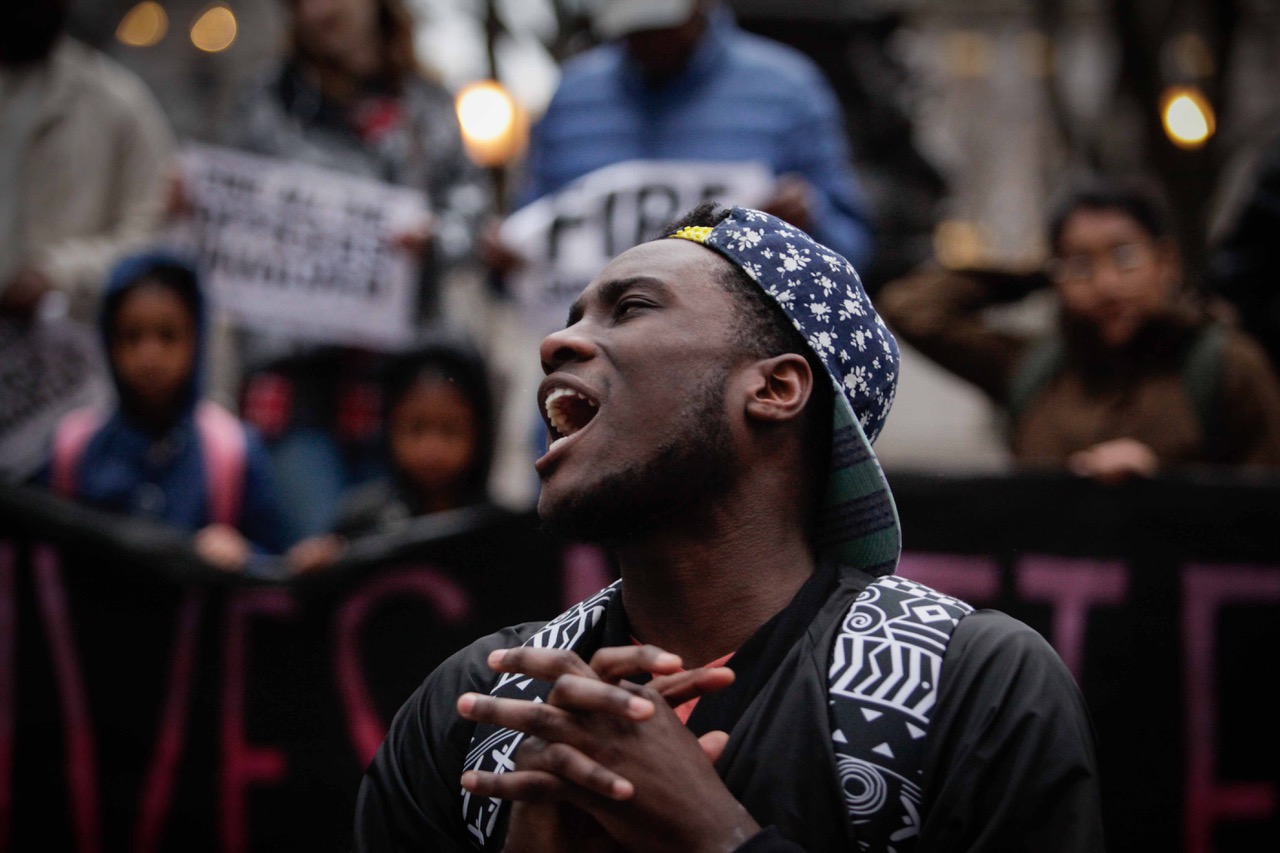 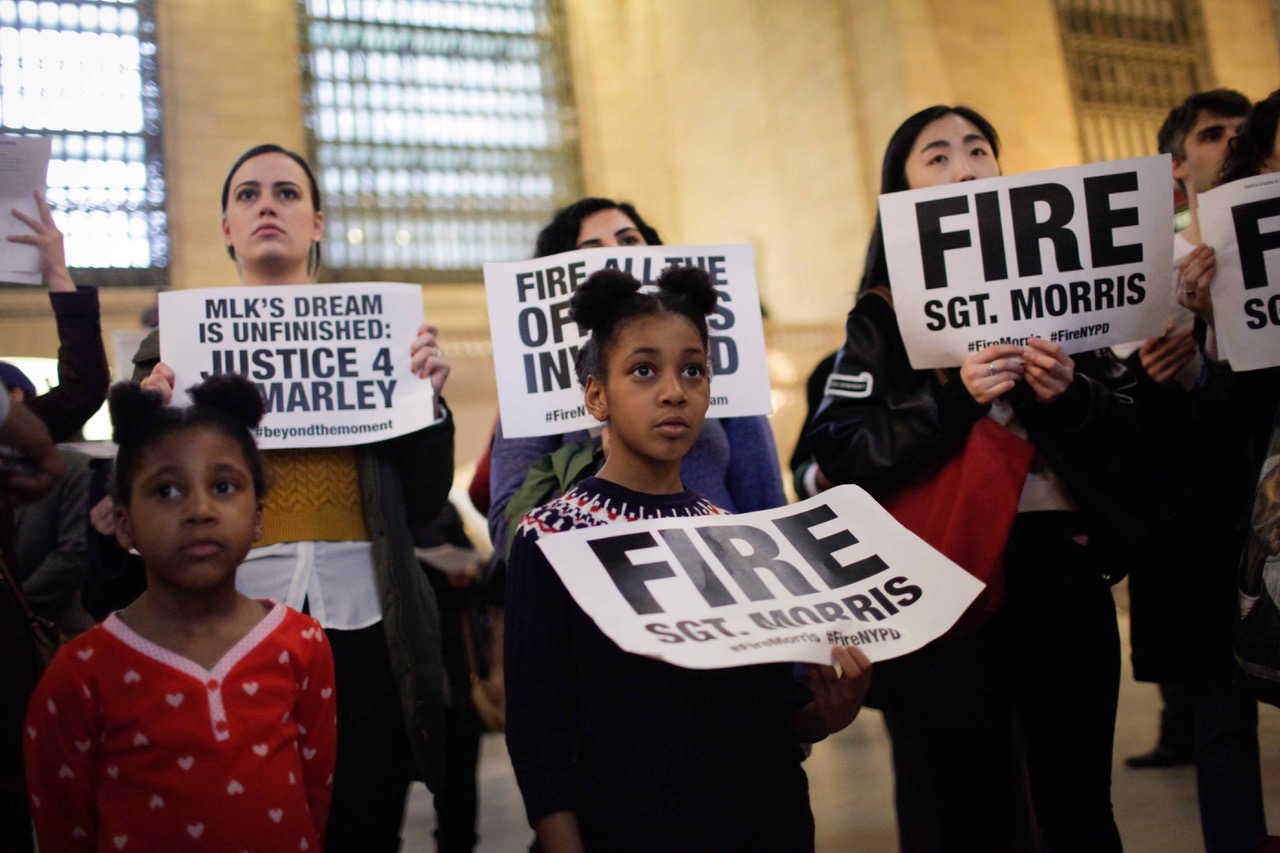 In the days after Graham’s killing, officers denied his denying his grandmother access to an attorney and lost his body for days after his passing. 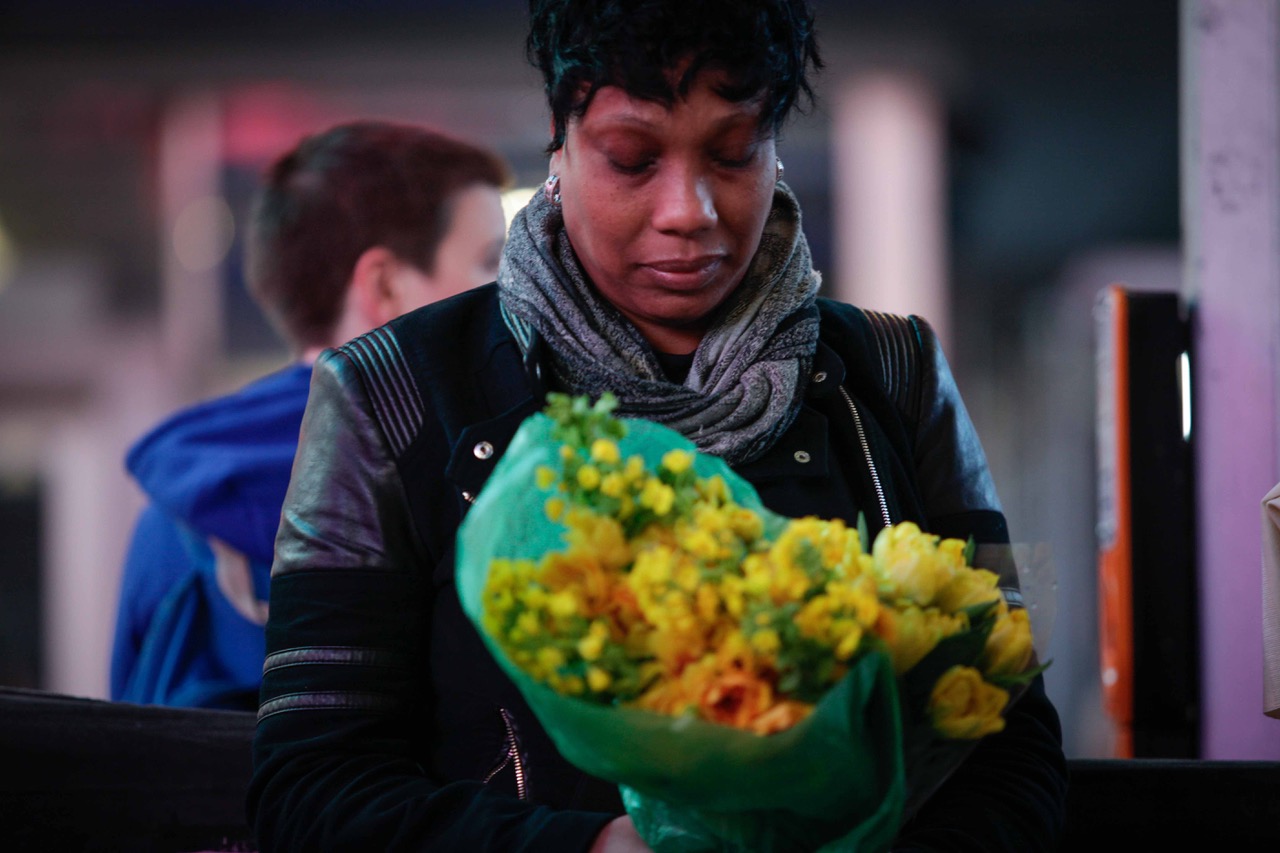 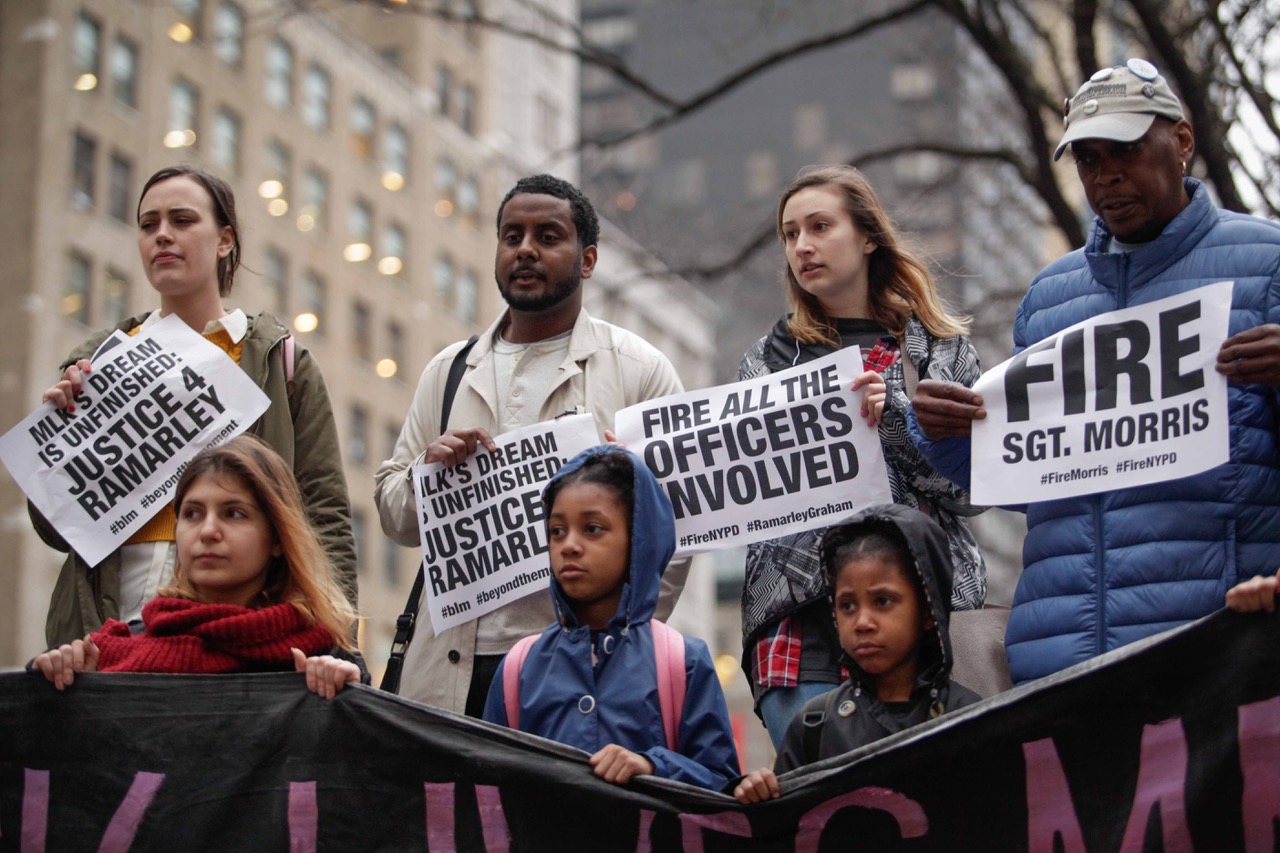 Ramarley Graham’s family are demanding that the officers involved in the affair be fired and that they release the full report from Officer Haste’s disciplinary trial. 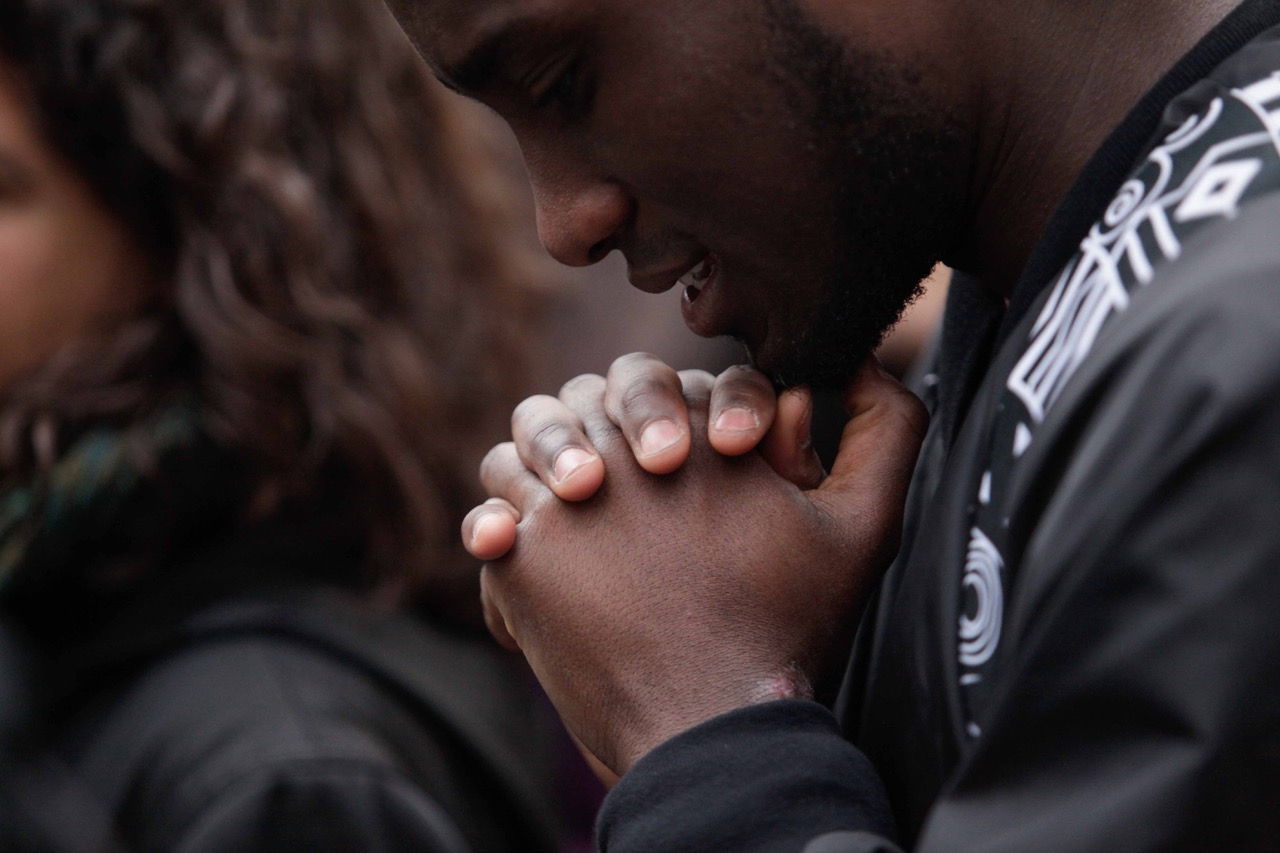 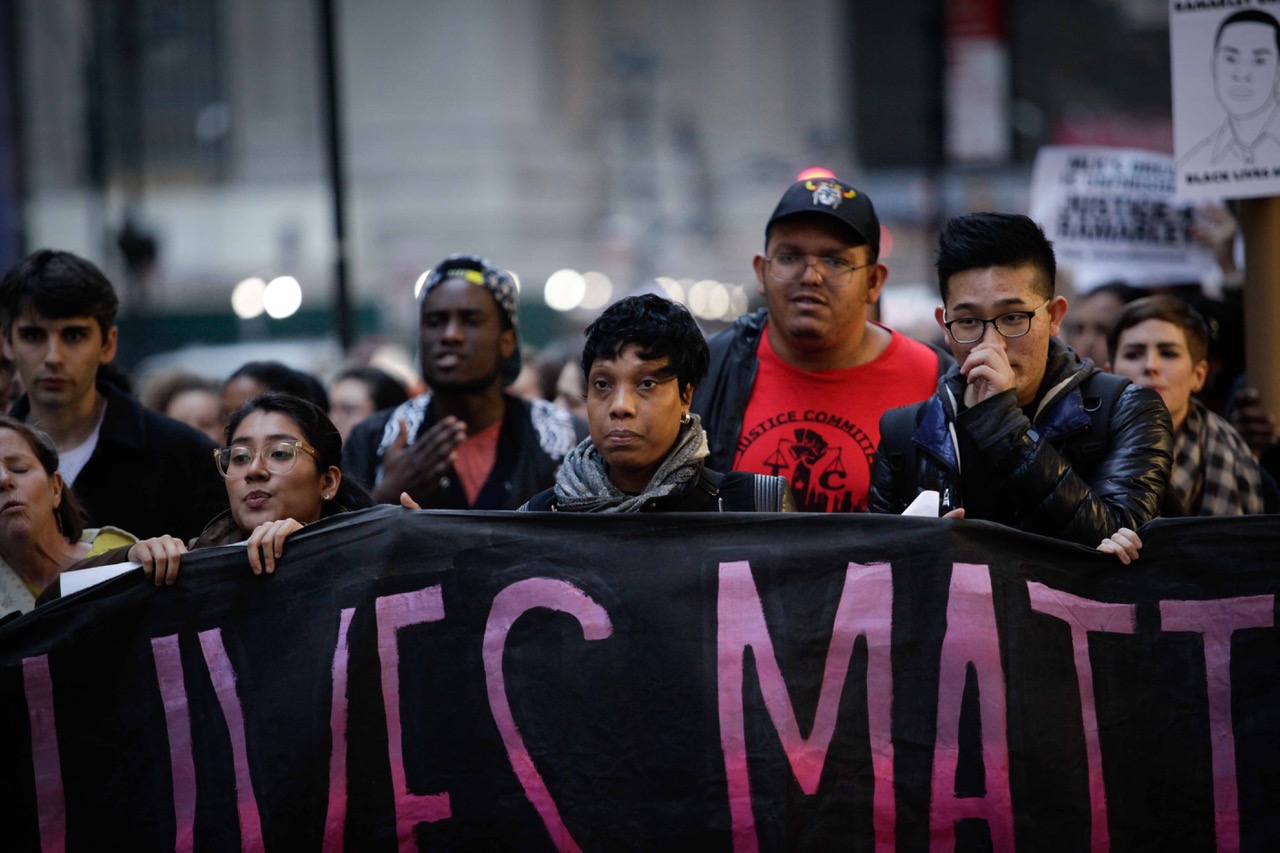 As Jewish People of Color, we stand with Ramarley Graham’s family in their demands for the NYPD and Mayor de Blasio. 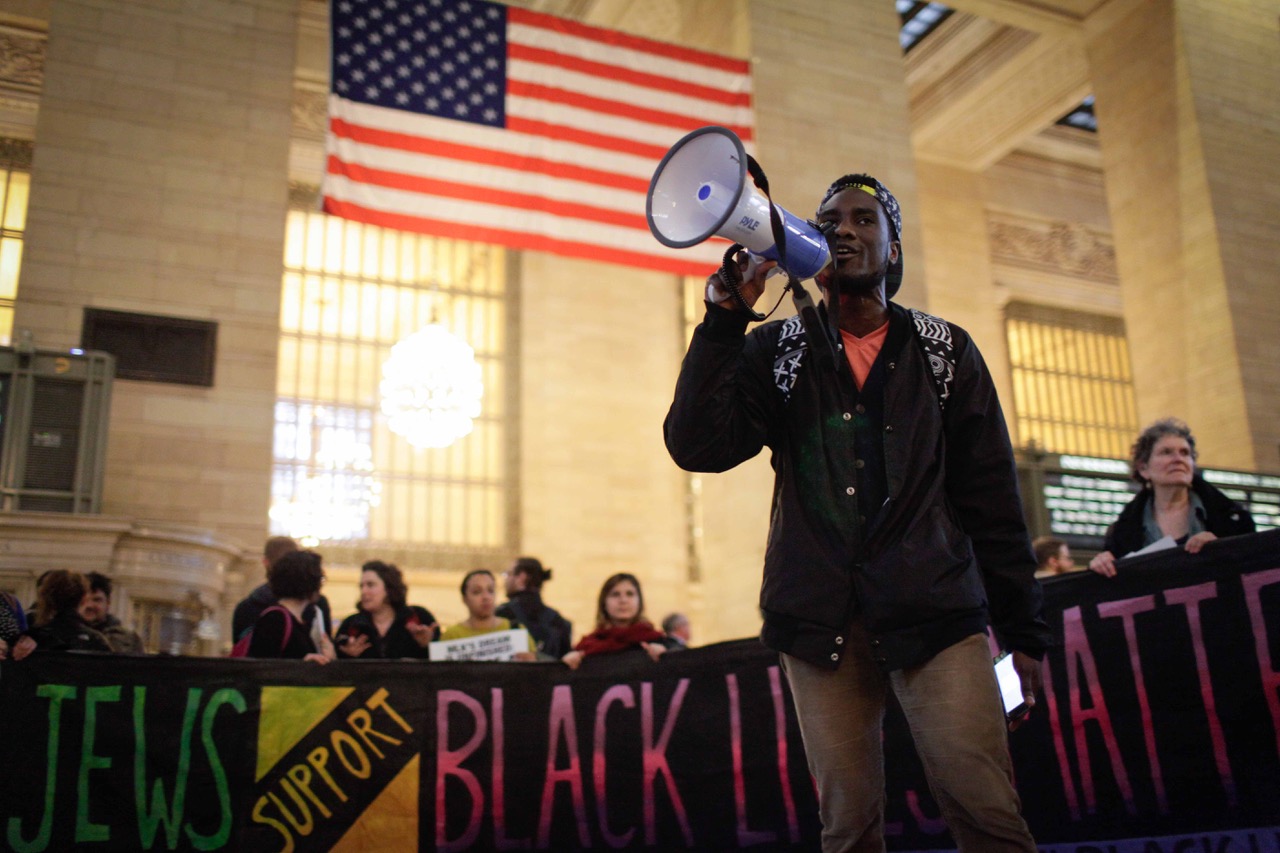 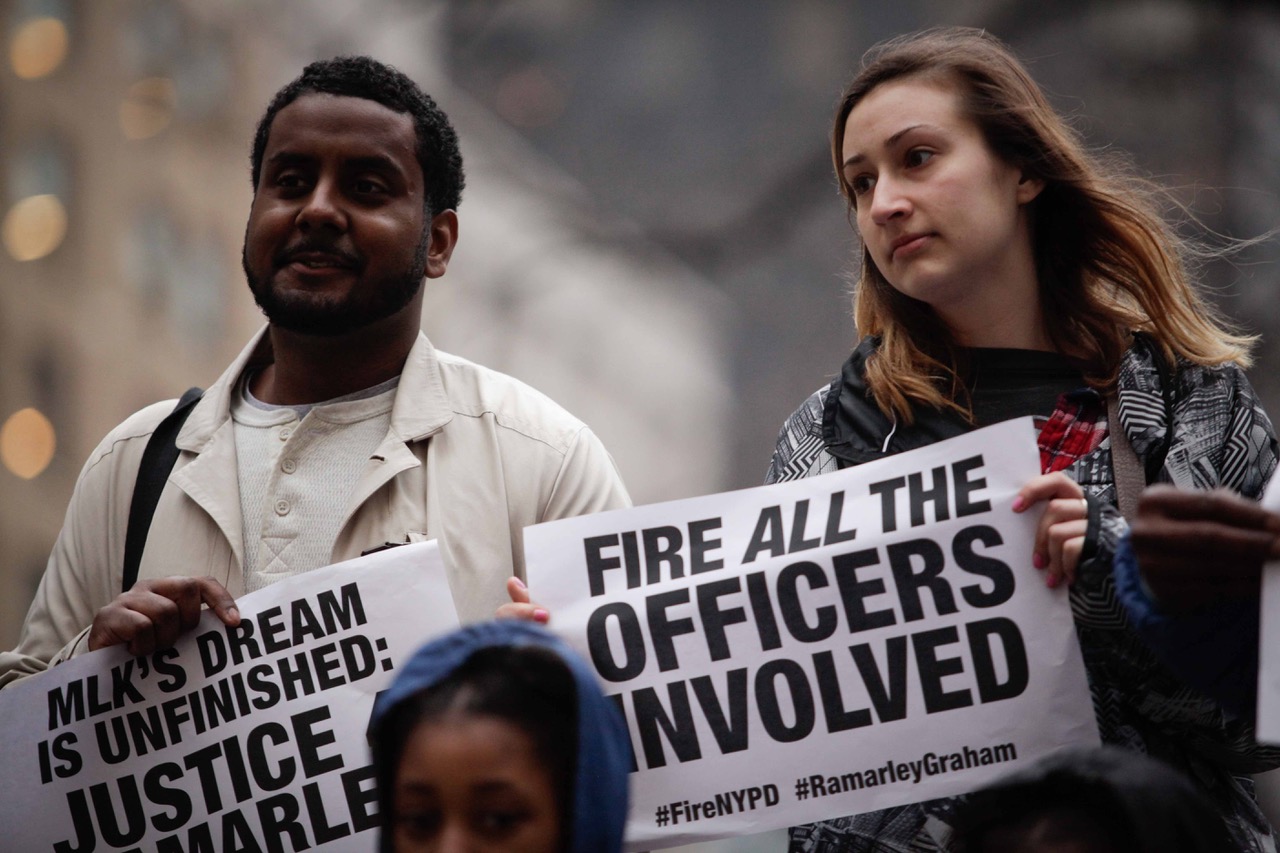 This action is part of Beyond the Moment’s national day of action, commemorating the assassination of Martin Luther King Jr., which took place exactly one year after his landmark “Beyond Vietnam” speech. 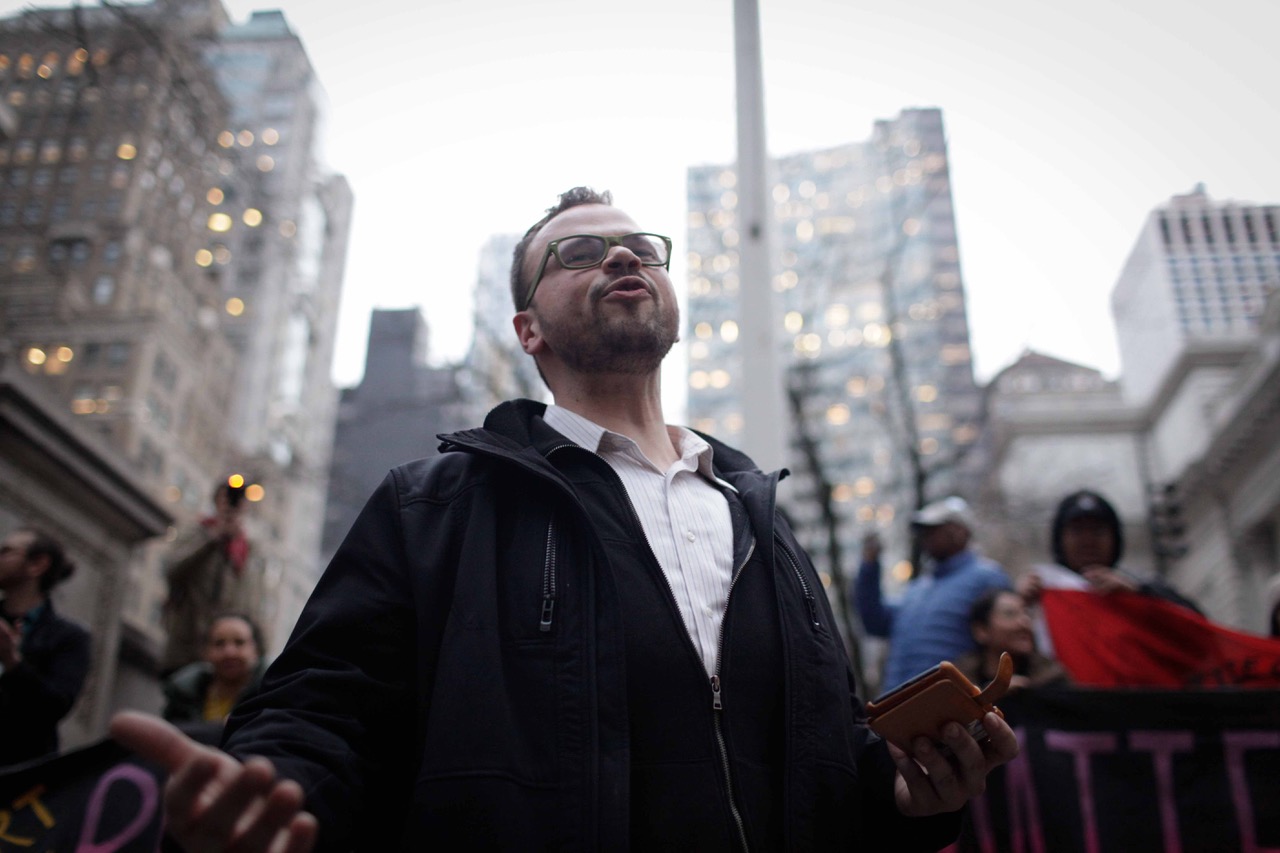 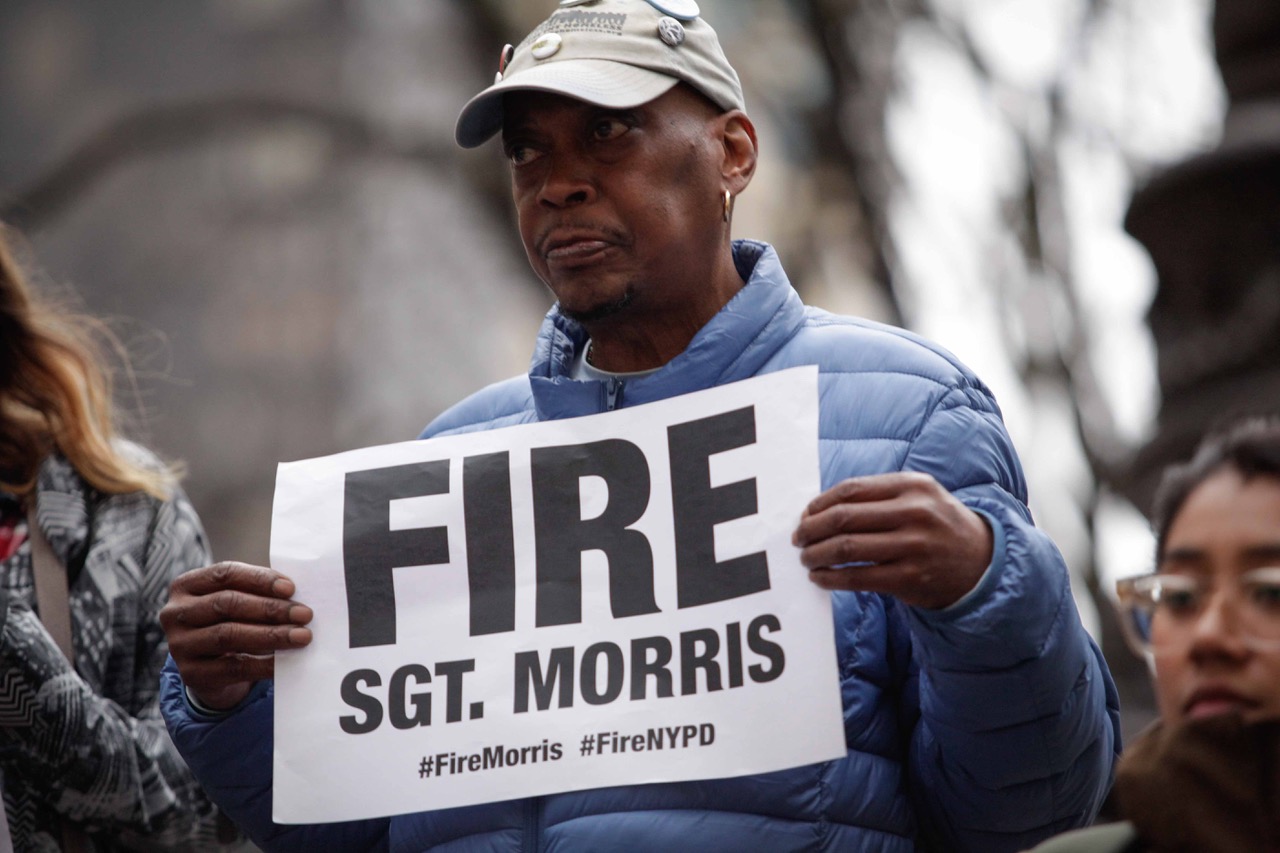 We walk in Dr. King’s footsteps, uplifting his analysis of the linkages between racism and militarism, and confronting the “fierce urgency of now.” 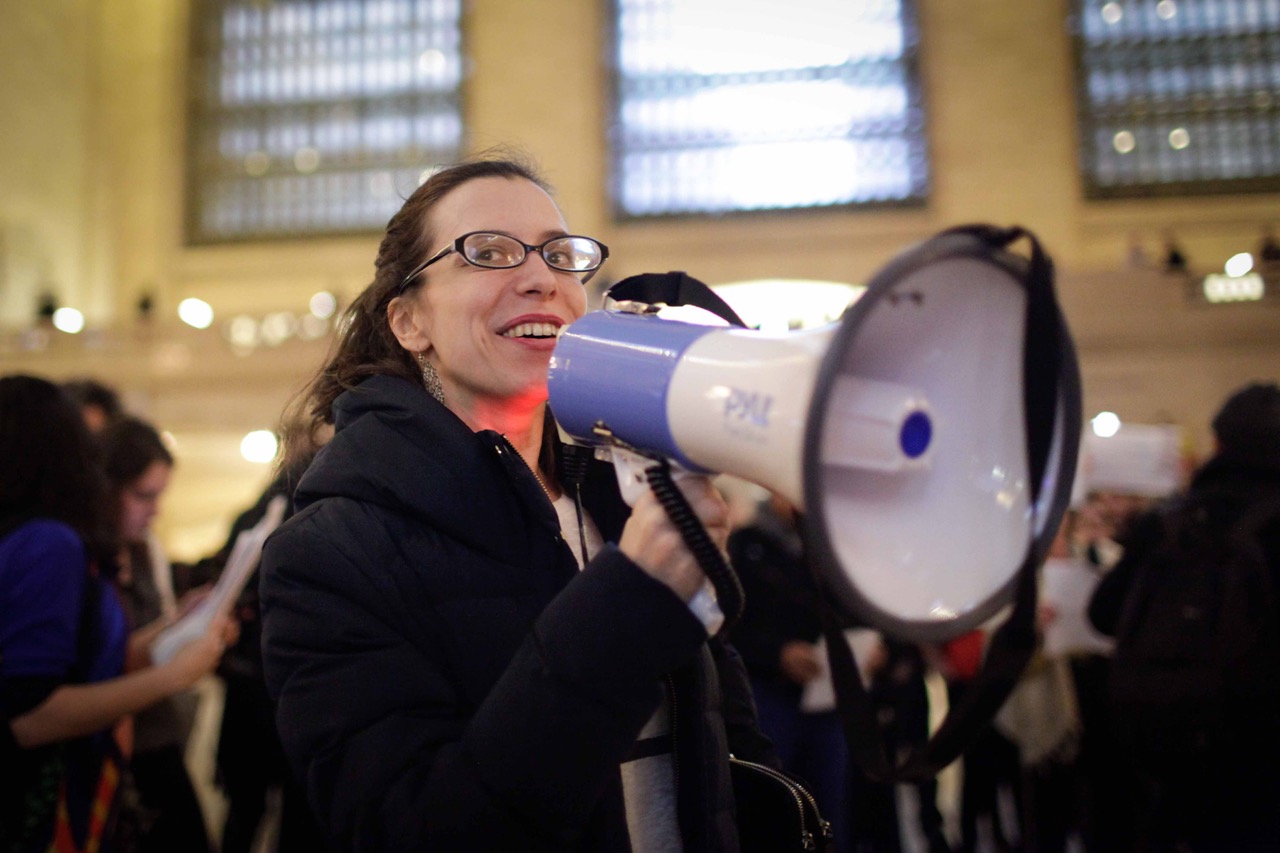