The last few weeks have brought a renewed focus on the question that many American Jews have struggled with for decades: what does it mean to be an “ally” of Israel? How do we best support Israel, Israelis, and the Jewish ideals that we believe to be at the core of why the country was founded and what it is meant to represent?

AIPAC made its views plainly and painfully clear, again, in a harshly worded Facebook ad: we can only do that by supporting the right-wing agenda of the Netanyahu government. Meaning that being an ally means endorsing annexation, apartheid, and an overall effort to undermine civil and human rights in Israel, whether for Palestinians, Israeli Arabs, the LGTBQ community, women, asylum seekers, the Ethiopian community, and on and on.

AIPAC apologized, but this was hardly the first time that this concept of what an American “ally” of Israel is, or what a “loyal” American Jew looks like, has come from AIPAC and those farther to the right. But even the apology reiterated the view that loyalty to Israel and the U.S.-Israel relationship is to be defined by AIPAC and its allies on the right.

What is clear to many American Jews, now perhaps more than ever, and what has been clear for decades to some is that that simply is not true; in fact, it is the precise opposite of what we believe and act upon every day. That belief and action – that Israel can and must be more, that it must represent the best of Jewish values, that it can and must live up to the ideals espoused by Herzl and many others – stands at the center of the Hatikvah slate’s platform for the World Zionist Congress, and it represents the life work of two remarkable slate members.

“IF YOU CARE ABOUT A WORLD IN WHICH ISRAEL EXISTS, AND I DO…”

“Then,” says Hadar Harris, “it is important for Israel to reflect a set of core values that reflect Jewish values. The rise of anti-Semitism in LA and Bethesda, not just Eastern Europe, is just one reason we need Israel to exist.”

The question is which values does Israel stands for, and Hadar has been at the center of that fight for decades.

Hadar grew up in a strongly affiliated Jewish family on the outskirts of San Francisco. The synagogue and mainstream Jewish community was the center of her family’s religious and social life. After being arrested at the Soviet Embassy protesting on behalf of Soviet Jewry, she took time off from college to become executive director of the Congressional Human Rights Caucus. While there, she conducted a covert human rights fact-finding mission to the Soviet Union. This taught her first-hand the power of governments to impact human rights — for good and for bad — and the impact people can have when they stand up as allies for what is right.

After college, Hadar went to Israel for a two-week trip…that turned into three years. During that time, she was elected International Chairperson of the World Union of Jewish Students (WUJS) for 1990-91, only the second woman in its then-66 year history to hold the position (Albert Einstein was the first president; Freud and Weizman were among his vice-presidents). While Chairperson of WUJS, she traveled to Jewish communities around the world, working with student groups and community leaders to advocate for expanded enfranchisement of young Jewish leaders as well as advocacy on a range of human rights issues. During her trip to South Africa, she led the first meeting between the South African Union of Jewish Students (SAUJS) and the newly un-banned African National Congress, and she accompanied SAUJS members on a first-ever trip to Soweto.

These experiences brought home the potential and power of Jewish values to work for the good of the Jewish community, and all communities around the world. She also worked with the World Zionist Organization and advocated with various funding bodies at the Jewish Agency for Israel, trying to ensure funding for independent Jewish student groups. She was one of the only women in a position of leadership for any organization – and she saw the extreme politicization which influenced how funds were allocated, up close and personal.

Hadar has taught law and served as a leader and board member of legal and human rights organizations across the world since the mid-1990s, including at the Association for Civil Rights in Israel, Amnesty International and B’tselem USA. The Hatikvah platform’s clear focus on the issues that Hadar has fought for throughout her life and career is at the center of what drew her to join the Hatikvah slate. While ending the Occupation and fighting for equality for all are vitally important to her, the inclusion of climate as a core issue which will impact the future of Israel and the region is a key concern.

Given her experience in the organized Jewish world and as an advocate for a just and pluralistic Israel, the Hatikvah slate is the manifestation of a long, personal struggle which she could not have imagined years ago. The idea that there could one day be 11 progressive organizations coming together to say that the true allies of Israel are those who advocate for its ideals, even if that means criticizing its actions, show how far the struggle has come. Hadar is proud to be part of the slate.

A LIFE AND CAREER AT THE INTERSECTION OF “THE JUSTICE FIGHT 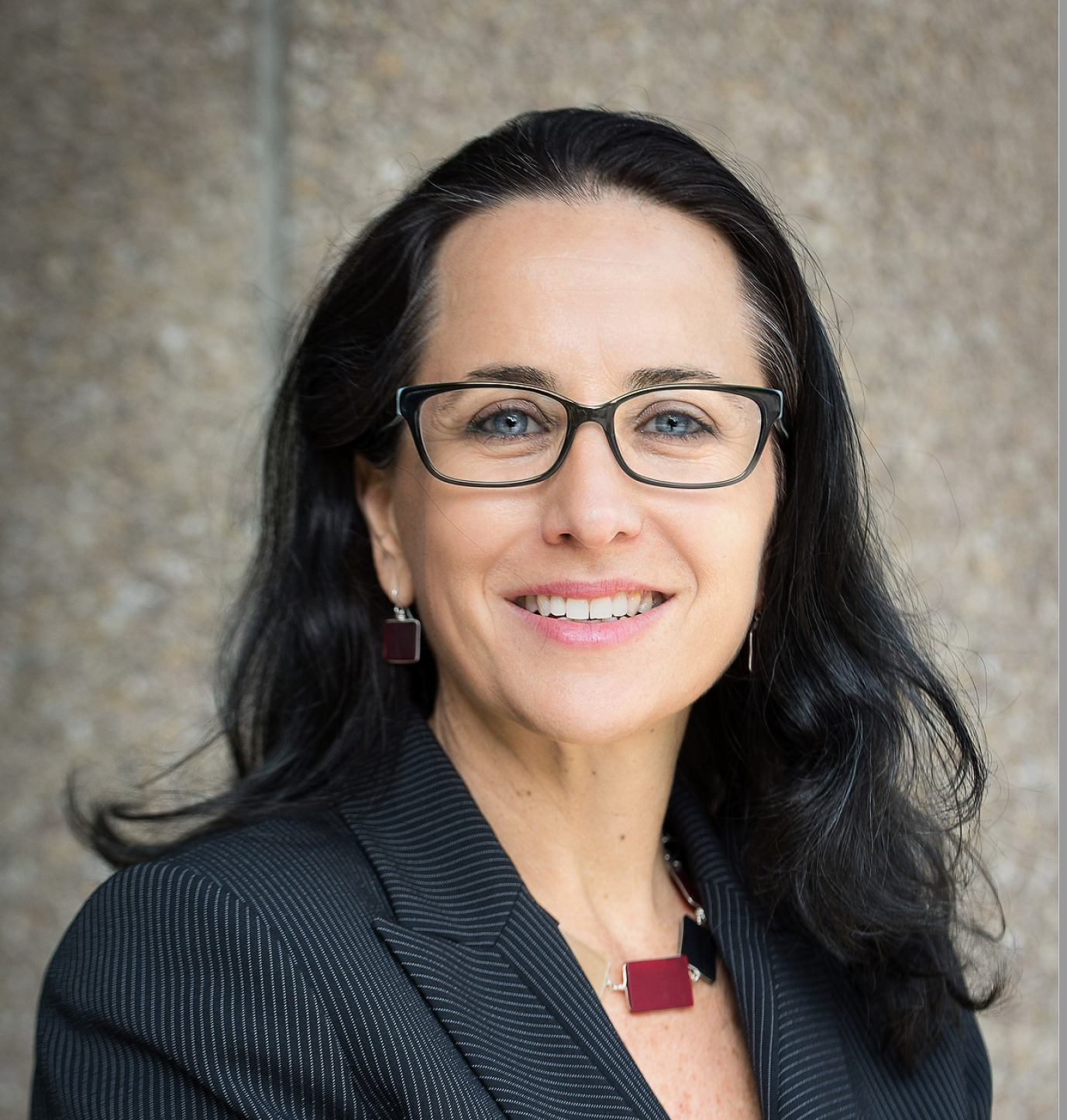 Nicole Berner may be a familiar name to many in the progressive Jewish world, in the United States and Israel. She is a social justice lawyer who currently serves as the General Counsel of the Service Employees International Union. In 2000, Nicole, Ruti Kadish, and their son Mattan Berner-Kadish (now 24 years old), won a landmark case before the Israeli Supreme Court in which the Court ruled that Nicole and Ruti must both be registered as the parents of their children. The ruling represents a critical moment in the recognition of LGBTQ rights in Israel.

By the time of the Supreme Court ruling, Nicole was already a fixture in the fight for human and civil rights in Israel. She lived in Israel throughout parts of the 1980s and 1990s, making aliyah after college and returning to the United States only for law school in the early 90s. During her time in Israel, she led an organization called Bat Adam focused on domestic violence and sexual assault, and volunteered for a number of other progressive organizations. Through all of her work, she was driven by an understanding of the intersectionality of a number of social and political issues in Israel: fighting to end the Occupation also requires fighting the misogyny, homophobia, and overall erosion of respect for rights of others that emerge when a society oppresses others.

Nicole’s credentials as an ally of Israel are clear enough from that history. But her definitional moment as a Jew — and perhaps her most remarkable story (and one of the most remarkable you may hear for a while) — came years before. As a 13-year old in the late 1970s, Nicole was part of a youth American folk dance troupe that toured in Eastern Europe, including Poland. One afternoon, between performances, the group visited Auschwitz. Although her family was very committed to social justice in the world, unlike Hadar’s family, Nicole’s did not practice Judaism nor were they involved in the organized Jewish community. So, she had not gone to religious school and had never learned about the Holocaust.

Until she arrived in Auschwitz.

But rather than run from the horrors confronting her — “it was the 70’s, the ovens still felt warm,” she told me — she sensed at her core that she was connected to them. The people who were killed were her people, and they were killed precisely because they were her people. That very day she purchased a multi-volume set of books on the history of the Holocaust in the Auschwitz museum book shop and began her education, and to some degree her life’s work.

What she has acted on since is a conviction that standing up for social justice and combating injustice requires commitment and consistency. Nicole proudly calls herself a Zionist, even if she “knows that may be a bad word in certain circles” on the left. And just as she is not willing to give up calling herself a Zionist to please the left, she is also not willing to cede symbols of national pride — whether the stars and stripes in the United States or the Magen David in Israel — to those on the right. She’s committed to the ideals she believes to be at the core of the State of Israel, and even if those ideals currently face challenges. Nicole joined Hatikvah to align with a group of organizations and people that are making the clearest declarations about what it means to be pro-Israel, pro-democracy and pro-peace.

BE A TRUE ALLY: VOTE HATIKVAH

What Hadar and Nicole personify as much as any two people on Hatikvah — or any slate — is what it takes to be a true “pro-Israel” ally. Understanding the ideals of the State of Israel, of Judaism, and putting in the real work that can be very hard and perhaps never finished. Whether as leaders of NGOs in Israel or the United States, as a young leader of a global Jewish organization, or as a teenager learning about the Holocaust for the first time.

They see the value in pushing to engage in institutions like the World Zionist Organization and the $5 billion that its institutions will spend between 2020-25. They are not allied with Israel because it is politically convenient for those in power at the moment, nor are they willing to walk away because of the acts of those in power.

They continue to stand as allies with the ideals Israel can achieve, as laid out in the Hatikvah platform – ideals of democracy, pluralism, and justice for all.

Take inspiration from their stories, their work, and their commitment — be an ally and vote with Hadar and Nicole for Hatikvah.

US Jews Protest Israeli War Policies Throughout the Country