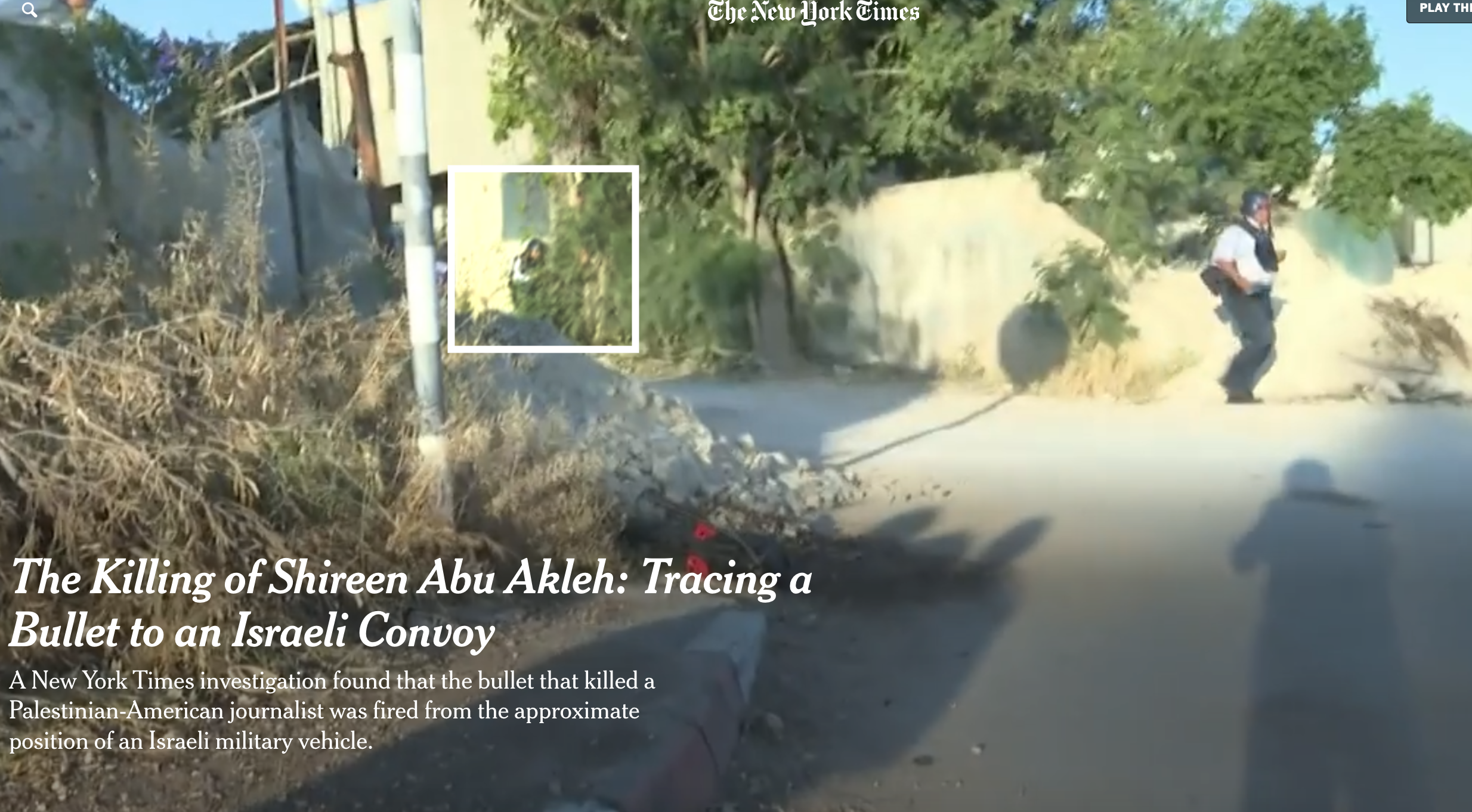 From where did the bullet that killed Shireen Abu Akleh come?

One can trace it back to the Israeli soldier, who breeched it behind the bolt, lined the sight, and fired. Yet the bullet travels back even further in the chamber: we can think of the bullets tearing through Gaza, and now are its only rainfall; bullets that shoot legs and arms because maiming lasts longer than even death; we can think of the bullets that gun down stone throwers, proving slingshots take down giants only in myth.

There are bullets buried inside refugees in Sabra and Shatila; the two bullets that gunned down Rabin, one for each state; the houses in East Jerusalem that explode like bullets upon exit, never to return back to their jacketed slumber. We can think of the bullets that won the Six Day War, the bullets that produced a nation in 1948; the bullets of colonialism, the Maxim gun that made the British empire; the bullets so numerous they wore out the arms of the SS who fired them, and so they turned to more mechanized methods. A nation of bullets, really. Cities of bullets, classrooms of bullets, supermarkets made of copper and gunpowder.

It is a wonder the solider even had to pull the trigger: perhaps he only had to point and the bullet, that has replaced his finger, touched her. He will probably wonder, in his house made of bullets, in his bed of steel and metal coil, why anyone should think it strange, in his generosity, that Palestinians should refuse such a shelter. Without such bullets, and such a nation, they must be truly homeless.

One thought on “From Where Did the Bullet that Killed Shireen Abu Akleh Come? A Poem”