“You call the mosque ‘the cross-less church’?”
“Sometimes…”
“What do you call a synagogue?”
“Synagogue. I don’t want to offend anybody.”

Not just one of my favourite shows on television, Little Mosque on The Prairie is a sitcom about the fictional town of Mercy, Saskatchewan and its residents, including the small but vibrant Muslim community. Since the pilot episode, it’s been clear that there are Jewish parallels. 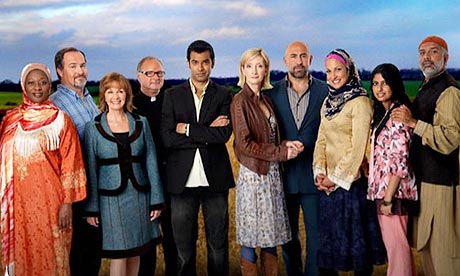 There was a great episode where the imam goes homes to Toronto and is interrogated by his parents about what he’s doing with his life, why he hasn’t married yet, and why he has to be so Muslim. Watching the episode with a bunch of MOT during Sukkos, we all felt they could have been Jewish.
If you’re in Canada, it airs on CBC. If you’re in the US or elsewhere, there are websites that let you watch online. And stay tuned: Fox bought the rights to the show and will be remaking it (something about how Americans wouldn’t watch a show set in Saskatchewan; even though it shows in the original version in Dubai, Finland, Turkey, Israel, France, and Switzerland).

A Letter from Israel Right Now