Skip to content
If you’re anything like me, you’re just dying to hear  impassioned opinions on ANTM (that’s America’s Next Top Model, for the non-cognoscenti among you) from someone who has never once watched the show.
What follows is based on a controversial clip featuring an Orthodox–or more specifically, a Modern Orthodox–Jewish contestant from the recent cycle of the CW reality show and the virtual ruckus it caused among the online community, Orthodox and non-Orthodox alike.
In case you have not seen this yet, here are some…visuals:

18-year-old Maimonides alum Esther Petrack was recently eliminated from the popular CW reality television show and has finally spoken out to dispel the rumors about her and  to address the damning insinuations circulating among the blogosphere and beyond. In a Nov. 3 article in the Jerusalem Post, for example, the Orthodox Jewish reality TV star responded to a rumor that she had lived in Mea She’arim and was excommunicated by explaining that she had never lived there, and adding: ““How did they even find out about me? The video was on the Internet, which they’re not fans of, anyway.”
Indeed in that same interview, Petrack explained that she is not, nor has she ever been  haredi. Yet despite this, the media persists in sensationalizing her story by describing her as haredi or ultra-orthodox.
Example:

Amusingly, the Israeli news reporter here also describes the school she attended in Boston (Maimonides–one of the bastions of so-called Centrist/Modern Orthodox Jewish education in the U.S.) as “haredi.”   Haredi or not, Petrack’s appearance on the show created a stir among many in both the US and Israel who self-identify as “frum.”  The infamous clip of the show went viral in the Orthodox community over a month ago, causing outrage and declamatory, self-righteous tongue wagging wherever it raised its scandalous head.  One can understand why such provocative television might elicit a  raised eyebrow or two but, in all honesty, I think such righteous indignation is misplaced.  In all of the online discussion of this admittedly rather ridiculous episode, search though I might, nowhere could I find condemnation of what seemed to me to be the most shocking moment of all: an instance of blatant religious discrimination. In the video clip above, Tyra Banks makes clear, in no uncertain terms, that all  contestants, irrespective of their beliefs or practices, are expected to conform to the show’s 24/7 work schedule, religious observance be damned. 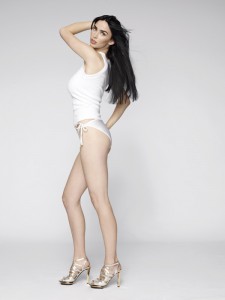 While the norms and mores of civilized life are often suspended  in ironically titled “‘reality” TV moments like these make me squirm more than scenes of so-called survivors consuming their own feces in order to prolong, for just another glorious week, their “15 minutes of fame.”

If an employer in the US today  denied work to a prospective employee based on her/his religious practice, the almost automatic result would be a job discrimination lawsuit with an expectedly grim outcome for the employer .   While, just  under a century ago,  pious  Jewish immigrants, fresh-off-the-boat from Europe would routinely lose their jobs and face poverty and even starvation if they did not work on Saturday, thankfully times have changed dramatically, and now religious tolerance is a blessed norm in the US: no longer does a Jew have to choose between starvation for him/herself and his/her family and Sabbath observance. (Thanks is of course also due to courageous labor unions for more humane work hours and weekends off.)   The apparent demand of the show’s creator and hostess, Banks, that Petrack chose between “honoring the Sabbath” and being part of the show, would seem to be a throwback to “bad old times” before anti-discrimination laws established norms of fairness and equality in hiring.
As to the “case” itself, we can hardly blame an 18 year old for the offenses of a crassly sensationalistic, heavily edited, celebrity-powered televised competition.  While the wisdom of entering such a competition might be questioned at the outset, what Petrack does is her personal choice; she is not forcing anyone – Orthodox or not — to watch or to sanction or imitate her actions.
Much of the online uproar surrounding Petrack’s supposedly hypocritical activity as an Orthodox Jewish young woman is actually misinformed.  We later learn, via a blog comment posting by Petrack’s mother (or someone posing as Petrack’s mother. However you please), that her daughter’s statement, “I will do it,” (viz., desecrate the Sabbath by working) was actually edited out of context. Upon re-watching the clip, you can see the response, indeed, was edited. Despite the remaining tsniut (modesty) issue, Esther’s Shabbat observance may very well have been ‘technically kosher’—contrary to the way several articles (even some sympathetic) suggest. 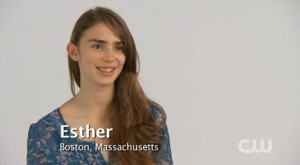 A good part of me empathizes with Petrack.  How many of us can readily recall certain decisions and activities undertaken at the tender age of 18 that  we would not exactly wish to immortalize on video? Especially for those of us raised in Modern Orthodox milieus, the eternal saga of rationally reconciling the two (modern and orthodox) is a plight that strongly resonates. Granted, at least in my line of work, this doesn’t generally involve lifting one’s shirt on television…..at least not as far as I can remember, anyway.
One day, when I host a Jewishly-observant-themed talk-show entitled Halakhically Incorrect, I think Petrack should be a guest.
Anyone who has, at some point, lived a genuinely modern and Orthodox existence knows that certain actions, on paper, (or, in this case, video edited out of context) could easily baffle others. Or, as one of my good friends from college whom I recently visited remarked while laughing with a glint in his eye, “Remember when I used to sin for you on Saturdays?” referring to my Shabbat observance in which several of my more keyed-in non-Jewish friends and living-mates knew to flip the bathroom switch on before I ducked in on the seventh day of the week.
In short, the real judgment in this case should be against Banks for issuing such a shockingly intolerant ultimatum, not against an 18 year old struggling to reconcile  traditional religious observance and modernity. But Banks is “nit fun unzere”  (translation: not one of the “tribe”).  So why attack her, right?
Naches all around.