This is a guest post by Avi Goldblatt, an old school Hebrew stuck in a relatively young man’s body. He is a classical liberal (ie Conservative Republican) which makes him about as popular as transfats in a NYC restaurant and as rare in the Jewish community as women’s suffrage in Dar al-Islam. He can be reached here. 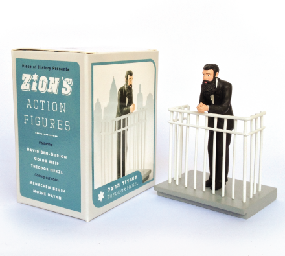 The conference was billed as “exploring” the “centrality of Israel in jewish life,” “loving and criticizing Israel,” and “telling Israel’s story our way.” Conference sessions are entitled Next Year In Jerusalem, Making Zionism Relevant Today, Zionist Theater, and more. Each of the sessions could be done by any pro-Israel organization (save for Zionist Theater – whatever that is), from the David Project to the Hasbara Fellowship there were a number of cutting edge organizations bringing Israel to the public. To understand the motivation of the somewhat obscure AZM, one need only look at the heading of the first email they sent promoting the event, “I’m Pro-Israel – Why the hell do you call me a Zionist?”

This begs the question why? The answer is simply is that Zionism is over and everyone knows it. The unique socio-historical and political situation that existed in the early 1800’s to early 1900’s that motivated the authors of Auto-Emancipation and Der Judenstaat no longer apply. The suppositions of the Zionist forefathers (that generations Jewish leaders) have been superseded by unforeseen developments. Despite Herzl’s predictions, every Israeli leader’s please, and the efforts of Rav Kook Jr.’s Johnny-come-lately religious chalutzim – the Jewish of galus have not disappeared, have not made aliyah, anti-Semitism has not abated and the Moshiach come has not come from settling Yesha.

Zionism was built upon the ancient Jewish longing for the land of Israel but that ancient longing inherent in our prayers, Torah, and traditions is not synonymous with the 19th century nationalist movement which used it as a foundational element. Conflating the two is akin to positing that the foundation of a building is part of the business that rents the 50th floor. Just as there was a structure put in place for the business to exist that is separate from it, so to was there a rich Jewish history of ethno-cultural and national-religious identity that built up to, but is not synonymous, with Zionism.

Undoubtedly many knee-jerk “Zionists” will continue to use the Holocaust as vindication-by-guilt-trip. They fail to take into consideration that before and after the Shoah European Jews overwhelmingly chose traveling to the Golden Medina over building Medinate  Yisrael. Moreover, the entire Zionist theory of Israel as a safe haven for the Jews has been demonstrably false since the destruction of Hiroshima and Nagasaki by nuclear weapons. The argument that we must evacuate the ghettos into Israel to save the Jews has created the world largest Jewish target.

Equally undoubted is Israel’s ability to stand on its own two feet and defend its national interests without patronizing calls from galus communities, with no intention of aliyah, saying that they too are somehow part of the pre-state movement which built the State of Israel.  This specie of historically anachronistic front-running does the Jewish community a disservice by obscuring real issues.  How do we relate to a modern and strong Jewish State that sends money to galus communities while we send money to impoverished Israeli communities? How do we reconcile our belief in Israel as our homeland with the fact that the lions’ share of recent spiritual, cultural, and pedagogic Jewish innovation are products of the galus (Limmud, Moishe House, Chabad, AJWS, etc…)? How do we balance the need to use Israel to keep galus Jews Jewish with the desire to prevent Israel from becoming a country of Hebrew speaking goyim?

Making 20th century Zionism relevant is an impossible task because the questions the Zionist movement attempted to answer are different from those the Jewish community currently faces. The AZM and WZO will not stop the farce of the ahistoric never ending Zionist “movement” until the last donor dies, the State of Israel stops its support and ends the organizational inertia that has been sputtering these and like-minded organizations along for the last several decades. Israel and the galus Jewish community are part and parcel of the Jewish nation and the Jewish community should strive to ensure every Jew considers their self pro-Israel and that we continue to love, engage, identify and dialogue with the State of Israel.

Zionism should serve as a positive example to the Jewish community of what a small band of dedicated thinkers and doers were able to achieve. The Zionists challenged the cultural and historical tide by putting forth an explicit socio-political critique which, with their success at building Medinat Yisrael, should not trap us into re-answering dated questions but serve to inspire us to rise to answer the Jewish questions of our time.