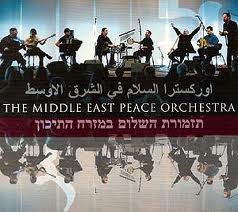 Giggles and fear: One day more as a Jew in Malmö

I believe that journalist Patrick Kelly’s heart was in the right place when he donned a kippah to experience life as a visible Jew here in Malmö, then wrote about it for the on-line magazine that features “Swedish News in English,” The Local.
Kelly wished to understand the experiences of, and to offer support to, our mutual friend Shmuel Goldberg and other kippah-wearing Jews here (especially Rabbi Shneur Kessleman) who have been threatened repeatedly. Unfortunately, however, Kelly’s nuanced article has been cut and spliced by several careless American Jewish writers who, in their rush to paint my adopted hometown—and perhaps the entire country of Sweden, and sometimes all of Scandinavia or even northern Europe as a whole—as dangerously anti-Semitic, do an injustice to Goldberg’s experiences, and to Kelly’s desire to honor rather than exploit them.
A few nights after Kelly’s piece appeared in The Local, I had a long talk with Shmuel. He does not enjoy being stared at, pointed to, or threatened when he walks around Malmö wearing a kippah. At the same time, he thinks that a) the number of people who behave like this is small, compared to the number of immigrants and other minorities in Malmö who also receive unpleasant treatment; that b) more useful than moaning about anti-Semitism in Malmö would be if the community held a “Jewish pride” type cultural festival and that c) if something good can come out of these negative experiences, it might be this:
Sweden is a very secular society; Shmuel and I both know several non-Jews who wear their religion on their head, or around their neck, and are also mistreated or teased. He has spoken with devout Christians and Muslims who do not feel safe declaiming their faith in public. According to Shmuel, the freedom to express one’s religion should, along with the freedom to be out as gay, or the freedom to celebrate one’s ethnicity, be part and parcel of the open society that Sweden aspires to be.

Fortunately, several initiatives that address the many nuanced issues of celebrating diversity in this place that was, until recently, quite homogeneous, are currently under way here.  Just last week, Copenhagen’s Middle East Peace Orchestra performed together with the Malmö Symphony Orchestra. Musicians and audience members included Jews, Muslims, Christians, Hindus, Buddhists, Bahais,  and people who do not identify with any religious group. Songs were song and stories told in Yiddish, Hebrew, and Arabic as well as Danish and Swedish. Watch this space for more information on such initiatives and events in the months to come.

2 thoughts on “Giggles and fear: One day more as a Jew in Malmö”