In this week’s Throwback Thursday, we’re going back to July 2013, when Aryeh Cohen wrote about Trayvon Martin. If you’re wondering about why this post now, visit  #Ferguson on Twitter.

Isaiah’s vision and Our Blindness (Justice and Trayvon Martin) 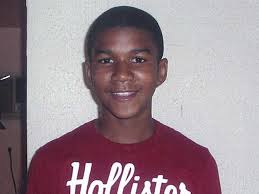 Yesterday, in the Jewish tradition, was the “Sabbath of vision.” It is named after Isaiah’s bleak vision described in Chapter One of his eponymous Scripture. Isaiah, speaking, no, screaming at those who would sacrifice at the Temple in Jerusalem declares in the name of God: I am tired of your sacrifices, I am sated already with the fatted calves that you offer, your offerings are now abominations to me. I no longer wish for you to celebrate festival days and Sabbaths. When you reach out to me, when you raise your voices in prayer, says God, I will ignore you, I will turn a blind eye. Why? First you must “Learn to do well; demand justice, relieve the oppressed, defend the fatherless, plead for the widow.”
Finally, Isaiah turns to the city of Jerusalem and wails: “O! How the city full of justice, where righteousness dwelt, now dwell murderers!” It was not a true question, of course, it was the strangled scream of a prophet pointing to the everyday injustices, which led to the larger injustices, all hidden behind a veil of righteousness, of holy celebrations and fatted calves upon the altar and the smell of spices in the Temple.
As Sabbath finished and I performed the ceremony of differentiation with wine and candle and spices with my family, I turned on my computer to news of the acquittal in the George Zimmerman case. How do we answer Isaiah’s lament? What were the steps that led from there to here? From the quotidian racial injustices to the loosening of gun laws to the ignoring of the history of racial discrimination.
We cannot make believe that we do not know how murderers came to dwell in our midst and how murders came to be accepted as normal. We cannot make believe that young black men grow up with the same chance of making it to adulthood, to college, to a life which was not interrupted by a bullet or incarceration as young white men. When we turn to face Isaiah we cannot answer that we did not know that over 6000 people were killed by guns in the past six months and that most of them were black or brown. When we try to answer Isaiah’s accusation we cannot say that we did not know that loosening of gun laws, that creating laws which escalate violent situations would lead to more deaths.
On another day we need to spend time thinking of Isaiah’s solution: “Zion will be redeemed in justice, and her penitents with rightousness.” For now we must grieve for Trayvon Martin and all the young black men who will not reach adulthood because of a bullet. We must rage against a legislative system which supports and promotes the death-industrial complex of gun manufacturers and the NRA gun lobbyists.
We must all come together and say finally enough.

On Jewish Hearts and Minds: A Reponse to Daniel Gordis