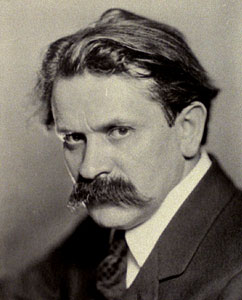 Melancholy and the Jews

When I moved out to California from New York City to pursue the academic route, select people would say versions of: “Why would a Jew live anywhere else but New York City and its environs?” Besides Jerusalem, The New York Area is the Jewish Area, and by that I mean populated an Ashkenazi Caliphate with enough money to spoil its children and live comfortably some 70 years after World War II. We know ourselves too well to make it sound even the slightest bit exotic.
Then, when I’m deep in the archives, I come across a true Jewish-American Work of Art. This article, by Romanian-Jewish-American-Yiddish novelist, journalist, dandy, screwball folklorist of the Gypsies Konrad Bercovici, in The Nation, is the story of Jewish America in 1923. The Jewish Professional Communal Alchemist “Leaders” want to know what I affiliate with. I affiliate with this.
Click on the link, and you’ll get a PDF. Enjoy yidn, mayn moyre-shkoredike yisroel.
the-greatest-jewish-city-in-the-world

2 thoughts on “Melancholy and the Jews”

On The Paranoid Style in Jewish American Politics