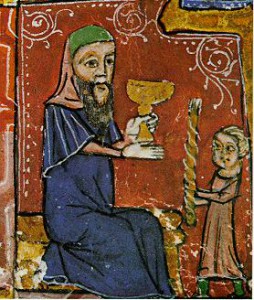 NPR’s bold headline reads that after 522 years, Spain is inviting me home.  It feels good; it feels like something is being done to right a historic wrong.


About 15 years ago, we discovered that my maternal grandfather’s family fled Spain during the Inquisition to Meppen, a small town in northern Germany, a few miles across of the boarder with The Netherlands. He chose to buy a Sephardic burial plot and his family heirlooms include allusions of a Spanish heritage. Beyond this loose collection of genealogical evidence, I have no claim to the Sephardic tradition but in this news I feel the intense pride.
It is a visceral and irrational sense of accomplishment that comes from this announcement. I am positive my grandfather would have had his tight lipped, nearly-smug smile on his face upon reading this news; the same expression I had while reading it. I wonder if black Americans felt a glimmer of this gut-based justification when reading The Case for Reparations.
Mauricio Toledano, secretary-general of the Federation of Jewish Communities in Spain was quoted by NPR saying that he believes that this bill represents “fair reparation…for the injustice that occurred in 1492.”   I have not been harmed by modern Spain, and neither was my grandfather, the Nazis took care of that for his generation. I won’t be applying for duel citizenship but even this acknowledgement of responsibility is meaningful.
Ta-Nehisi Coates references this concept deep within his nearly-obligatory read on American reparations to the decedents of African slaves:

Over the past several months, the main stream has started to come into closer contact with institutional racism and the abject failure of blind justice in the United States. As millions have marched to say with a clear voice that black lives matter, this debate has become even more important.
Responsibility isn’t a meaningless token. The Spanish offer of citizenship is more than my ethnocentric reaction; it is an acknowledgement of history and fact. In the United States it would be a good idea to do the same. Taking official, seemingly minor steps to accept history will not destroy the fabric of this country;  it will make it stronger. Using the Spanish offer and Holocaust reparations as a model, we could provide a better life to millions of decedents of African slaves in the United States who have systematically been denied the American Dream.
But beyond the immediate financial benefits of any program, the open discussion will provide the spiritual awakening Coates outlines and I believe will have no impact on our hot dog consumption.