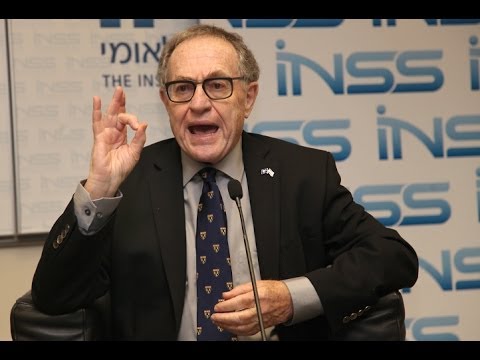 After Swarthmore Hillel’s decision to break from Hillel’s rules regarding conversation about Israel, I sent a letter to Hillel’s President and CEO, Eric Fingerhut by clicking send on a message as part of Open Hillel’s campaign to open Hillel. The response was swift, cordial, perhaps prepackaged , and it suggested I take a look at Hillel’s Israel Guidelines page.
So I did and I came across this wonderfully written paragraph:

Political Pluralism
Hillel welcomes a diversity of student perspectives on Israel and strives to create an inclusive, pluralistic community where students can discuss matters of interest and/or concern about Israel and the Jewish people in a civil manner. We encourage students’ inquiry as they explore their relationship with Israel. We object to labeling, excluding or harassing any students for their beliefs and expressions thereof. As an indispensible partner to the university, Hillel seeks to facilitate civil discourse about Israel in a safe and supportive college environment that is fertile for dialogue and learning.

It sounds as though they want to create some sort of inclusive, pluralistic space for students to discuss matters of interest and concern surrounding Israel. Great.
But the next section entitled “Standards of Partnership” seems to disagree with the previous section:

First of all they won’t let anyone talk who will “Deny the right of Israel to exist as a Jewish and democratic state with secure and recognized borders.” Which seems reasonable at first, right? But of course this means that a speaker such as Israel’s Minister of Economy, Naftali Bennett cannot be hosted by Hillel or Hillel’s partners as Minister Bennett does not support Israeli democracy. As well, the continuation of the occupation is quite possibly the policy that puts Israel’s security and borders at the most risk, so this list of banned speakers now must include a plethora of current and past Israeli government officials, ministers, members of Knesset, and a swath of authors, professors and other public voices that support continuation of the occupation.
And of course, anyone who would try to “Delegitimize, demonize, or apply a double standard to Israel” need not apply.  I (honestly) wonder if Hillel’s version of ‘demonizing’ is meant to give Hillel staff space to put a stop to portrayals of Israel as the root of all evil in the world, or if it just a handy “d” word, so bereft of meaning that it can be applied to any, even much needed, negative talk about Israel. And I wonder if there is such a threat of delegitimization that it needs to be one of the “d’s”  on this list. A recent report posits that its not such a big deal in the world today. Either way, I suppose this means that Alan Dershowitz can’t speak at Hillel events anymore since he has gone on record with the truly golden double standard that Israel should disregard international law.
The list continues with the denial of space to anyone who would “Support boycott of, divestment from, or sanctions against the State of Israel.” Shouldn’t Hillel stick to censoring people based on the content of their speeches and the aims of their tactics? Has Hillel thought about what it means to ban people for supporting a set of tactics? I mean, some of these are tactics that are supported by the North American Jewish establishment when aimed at others. So it’s not the tactics themselves that bother Hillel, otherwise JFNA CEO, Jerry Silverman would be on the list of banned speakers. It seems that Hillel has set up one standard for discussing sanctions on Israel and another for discussing sanctions on Iran. Perhaps someone should coin a term for when you have one standard for one thing and another for another. I wonder, does this rule include those who support a boycott of Israel’s policies? If so, then Hillel can kiss Peter Beinart goodbye.  Does this include Israeli academics? Wouldn’t that be ironic given the hullabaloo over the ASA boycott decision.
The last point bans partnering with those that “Exhibit a pattern of disruptive behavior towards campus events or guest speakers or foster an atmosphere of incivility.” I guess they mean people who shout at speakers and stuff like that, but I can’t help but think of the pattern of disruption that  Hillel itself has displayed when dealing with hosting productive dialogue on Israel, the occupation, BDS and other issues that quite obviously are “matters of interest and/or concern” for a great many of us.
If Hillel is serious about these rules they should be sure not invite speakers like Naftali Bennett, Binyamin Netanyahu, Alan Dershowitz and others that hurt Israel with their anti-democratic, pro-occupation, double standards. My guess is that these types of speakers will keep getting invites though. So why not open the space up to other types of speakers who are also not so guided by Hillel’s lines?
A civil atmosphere from an educational community space demands open dialogue. These guidelines are imprecise and leave room for abuse. This list makes it easy to exclude and to label. It ensures that Hillel will be closed off to many who come looking for open ideas, a tradition of debate, and an emphasis on justice, peace and the finest of Jewish thought in the discourse on Israel.

A. Daniel Roth, 2006 Winner of Hillel of Greater Toronto’s Sydney Mendick Memorial Award for Building Pluralism and Diversity, is an educator and journalist living in South Tel Aviv. He was born and raised in Toronto and lived in a commune of the Hashomer Hatzair movement in New York City. Daniel is a member of the All That’s Left collective and a learner/organizer with This is Not an Ulpan. You can find more of his writing and photography at allthesedays.org and follow him on twitter  @adanielroth.

7 thoughts on “About Hillel's Israel Guidelines”