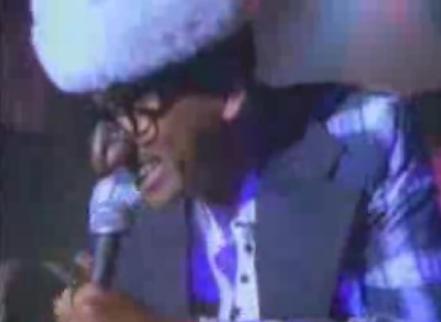 All you had to do was give Rabbi Jacobs a chance

March 27, 2011May 4, 2018 by BZ
As you may have heard by now, the Union for Reform Judaism has chosen Rabbi Richard (Rick) Jacobs of Westchester, New York, as its next president, to succeed Rabbi Eric Yoffie, who is retiring after 16 years. Here at Jewschool, we wish Rabbi Jacobs the best in his leadership of the Reform movement, but we are left with one burning question: We are wondering whether he is related to Gregory E. Jacobs, aka Shock G, the former member of Digital Underground best known for his alternate persona Edward Ellington Humphrey III, aka Humpty Hump.
They share more than a last name: As a number of news reports have noted, Rabbi Jacobs is doing a Ph.D. in ritual dance, and Mr. Jacobs has “even got [his] own dance“. Rabbi Jacobs leads one of the largest Jewish congregations in America; both how Mr. Jacobs is living and his nose are large.
Whether or not they are related, we hope Rabbi Jacobs’s tenure at the URJ will be committed to the Reform Jewish values of informed autonomy (“No two people will do it the same”), inclusivity (“Anyone can play this game”), intellectual honesty (“Oh yes ladies, I’m really being sincere”), and social justice (“Peace and humptiness forever”).