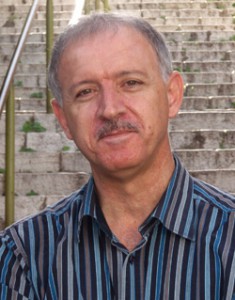 Another secret arrest of another Israeli civil rights leader and another gag order secreting the act from public eyes. This time a director of an Israeli NGO working for equality for Arab citizens of Israel, Ameer Makhoul of Ittijah.
And like during the Anat Kamm affair, Israeli news sites and bloggers are fighting against a perception of unwarranted covering up of government wrongdoing. Richard Silverstein translates from Hebrew the defiance by Israeli blogger Rehavia Berman:

Youpost’s editors categorically reject this attempt by the security forces to treat Israeli citizens as they are used to treating residents of the Occupied Territories.  We are publishing the news of his arrest and want him to be charged and brought up for speedy, fair trial which preserves the rights of the accused under the law.  Conversely, if the authorities are not prepared to conduct themselves in this manner, then we demand that it free Mr. Makhoul and cancel the order restricting his movement.

Other Israeli Arab NGOs issued a joint statement describing the arrest according to Makhoul’s family:

The 16 ISA agents and police officers immediately separated Mr. Makhoul from his family, including wife Janan and daughters Hind, 17 and Huda, 12, and conducted an extensive search of the home. According to Janan, the police confiscated items including documents, maps, the family’s four mobile phones, Ameer and Janan’s laptops, the hard drives from the girls’ two desktop computers, a camera and a small tape recorder containing un-transcribed oral histories Janan collects as part of her work. At one point during the police search, Janan says, one officer violently restrained her, twisting her arm and pushing her when she attempted to leave the home’s living room to observe the confiscations. The security forces also refused to identify themselves and showed her a warrant authorizing Mr. Makhoul’s arrest only after she repeatedly insisted. The order was signed on 23 April 2010 and cited unsubstantiated “security” reasons as the grounds for Mr. Makhoul’s arrest.

Makhoul was scheduled to participate in a conference on the Status of Women and Advancement of Democracy in Jordan.

3 thoughts on “Another civil rights NGO arrest, another gag order”