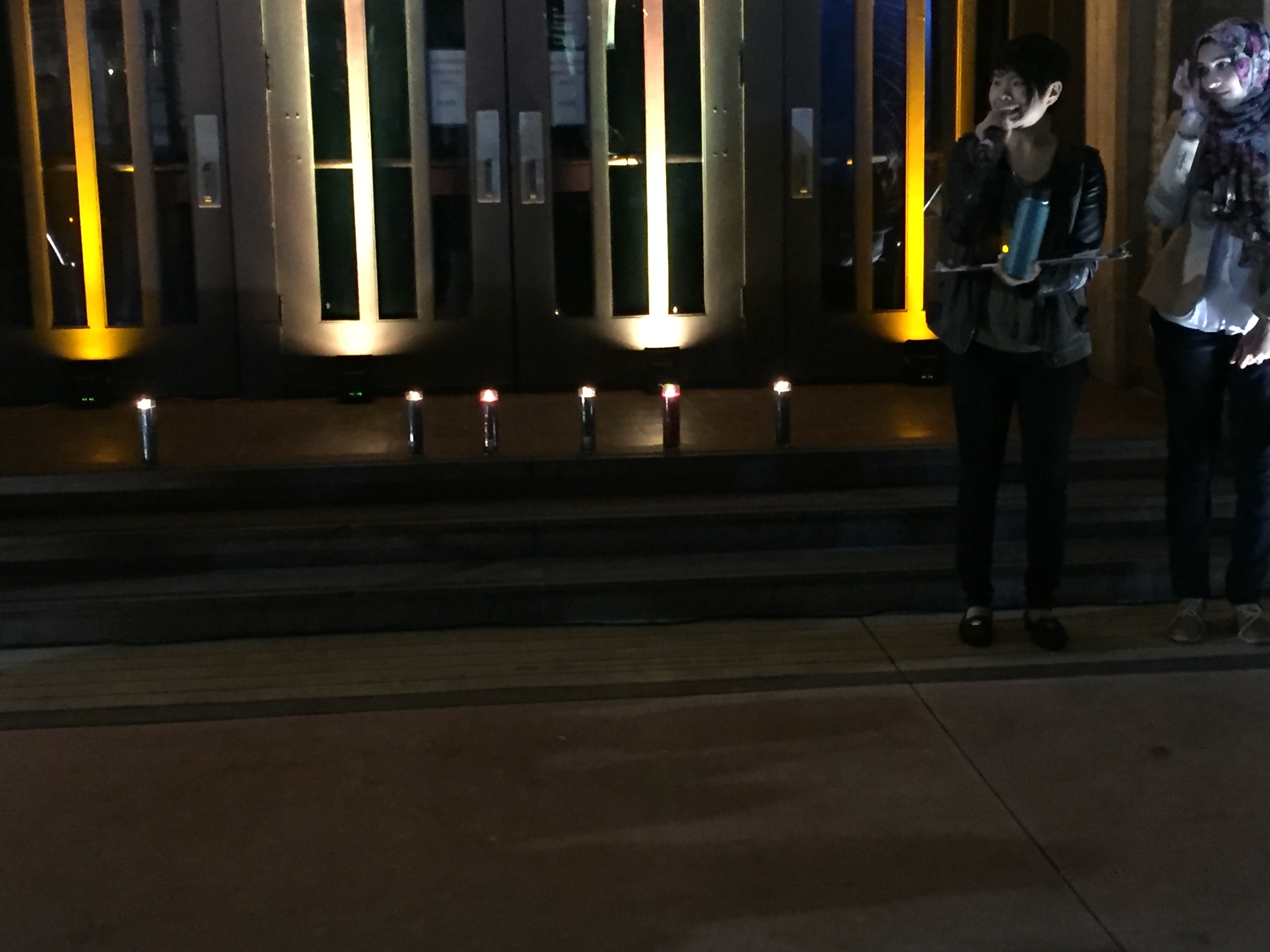 Fire in the Courtyard

The fifth night of Chanukah was Human Rights Day. And it was a night of #VigilantLove – an event at the Japanese American Cultural and Community Center in Los Angeles organized by a large coalition lead by Asians and Muslims. Originally intended as an intercultural event to commemorate the internment of Japanese-Americans and to affirm the dignity of the Syrian refugees, over several weeks the nature of the gathering changed. After San Bernardino, Vigilant Love also became a memorial for the 14 people murdered 60 miles away.