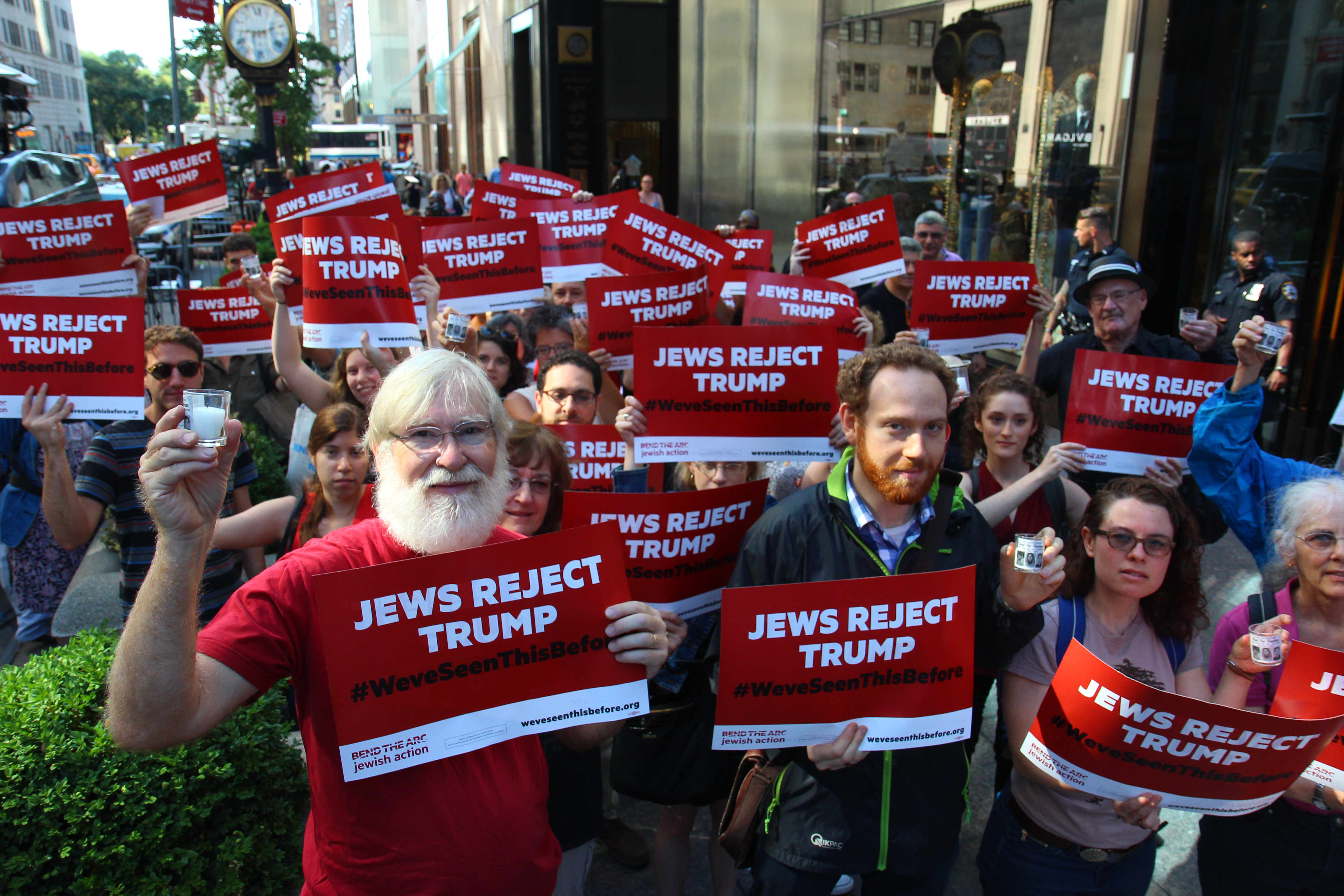 This just in from our friends at Bend the Arc’s action arm:

WASHINGTON, DC – Bend the Arc Jewish Action unveiled today the latest expansion of its plans to help defeat Republican presidential nominee Donald Trump in the November election. Stosh Cotler, CEO of Bend the Arc Jewish Action, made the announcement during a briefing on a new poll that details the opposition of Jewish voters in Florida to Trump’s agenda.
The new initiatives, part of the group’s “We’ve Seen This Before” campaign, will organize Jews nationwide to travel to swing states and join existing strategic efforts to defeat Trump. Bend the Arc Jewish Action’s election-focused anti-Trump work is unique among progressive Jewish groups in the United States.