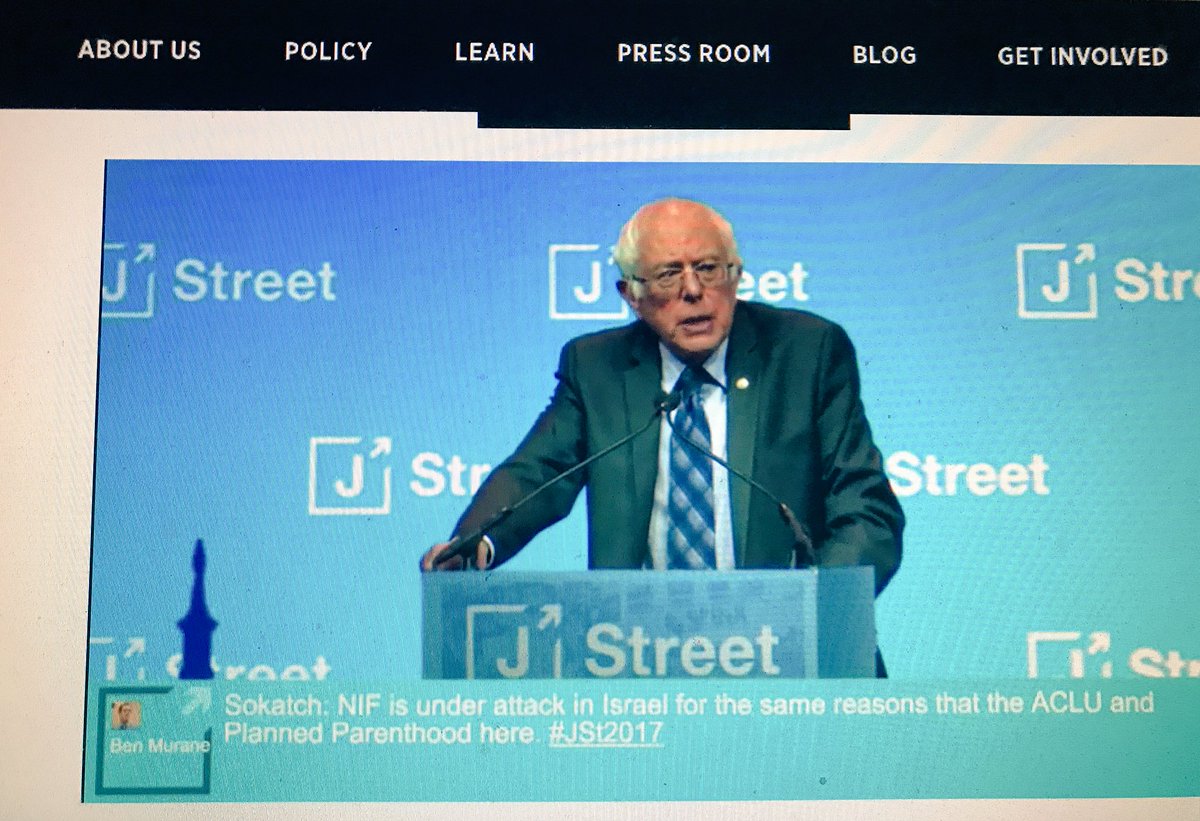 What Bernie Sanders said at the J Street conference

Today during the second day of J Street’s national conference in DC, over 3,500 people, including 1,200 college students, waited with baited breath to be addressed by Sen. Bernie Sanders. They weren’t disappointed.
Bernie validated the most of the greatest hopes of his audience: a clear denunciation of Trump’s weak condemnation of anti-Semitism and other bigotry, his use of the word “occupation,” high-volume assertions that Israelis and Palestinians deserve equal rights, and dramatic dismissal of charges that criticism of Israel is anti-Israel or anti-Semitic.
Among the notable moments were his fond reminiscing about his days on an Israeli kibbutz and his insistence — received by wild ovation — that recognizing Palestinian dispossession does not delegitmize Israel anymore than recognizing the Trail of Tears delegitmizes America.
Below is the session as it unfolded, reported by friendly tweeters in attendance (and a grump troll or two watching forlornly online).