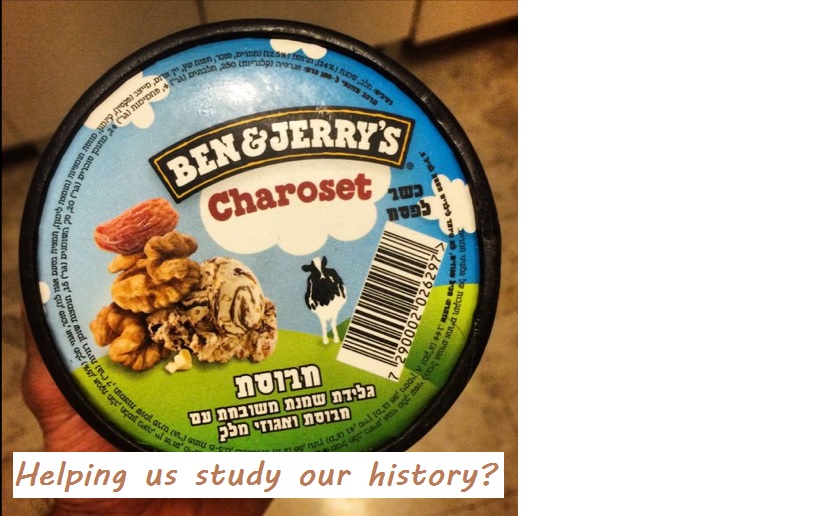 Rachel Metz is a DC-area-based analyst, and occasional writer on social justice issues, who lived in southern Israel from 2007-2009 while earning her masters degree in Middle East Studies.

This week, Ben & Jerry’s announced that they will stop ice cream sales in Israeli settlements in the West Bank and East Jerusalem. Many Israeli government officials responded harshly, including accusations of antisemitism towards the company founded by two Jewish men. Groups like the right-wing Zionist Organization of America, as well as many individual Jewish people, called for a boycott, and some kosher grocery stores say they will no longer carry the brand’s products. While some equated Ben & Jerry’s decision with BDS (the movement to boycott, divest from, and sanction the Israeli government and Israeli companies and cultural and academic institutions), I see it as anything but. Jstreet’s Jeremy Ben-Ami agrees, saying that, “My fondest hope is that Israel will be a secure, just, democratic national home for the Jewish people, something it can never be if it permanently holds the territory it occupied in 1967 without providing the people who live there with full and equal rights.” By refusing to (continue to) normalize Israel’s occupation of territory it captured in 1967 while still continuing businesses as usual within Israel’s internationally recognized borders, Ben & Jerry’s is actually modeling an alternative to BDS for those who oppose Israel’s human rights abuses but support the country’s existence. On the flip side, the Israeli government’s harsh response to ending sales in the settlements is just the latest example of its longstanding pattern of penalizing anyone who differentiates settlements from the country itself.

For at least a decade, the Israeli government has actively opposed organizations who try to make it easier for people to differentiate products produced within Israel’s internationally recognized boundaries versus those produced in settlements. Both because many diaspora Jews make a point of trying to purchase Israeli wines and because kosher wines are one of the only major export industries among Israeli West Bank settlements, wine guides have been a source of contention. For several years Meretz, one of Israel’s political parties, published a guide to which wines are produced in the settlements. In 2011, however, the Knesset passed a law that imposed fines and allowed the government to withhold funding from Israeli NGOS calling for boycotts of businesses in Israel or the settlements, and in 2015 the High Court upheld that element of the law. Presumably in response, Meretz stopped publishing its wine guide, and while the (more internationally-funded) organization Who Profits then started publishing a comparable report, the Israeli government pushed back hard against both Canadian and European Union efforts to label settlement wines as such.

The U.S. in the meantime, has taken a rather different approach. Seventeen states, including my home state of Maryland, have passed anti-boycott laws that “explicitly target not only companies that refuse to do business in or with Israel, but also those that refuse to do business in Israeli settlements. And some states whose laws do not explicitly apply to settlements have also penalized companies that cut settlement ties.” At the federal level, the Senate – led, unfortunately, by Maryland’s Senator Cardin – passed a similar bill (though it did not pass the House so has not yet become law). And in one of the Trump administration’s parting shots, then Secretary of State Pompeo issued guidelines requiring goods made in the settlements to be labeled “made in Israel.”

As someone who sees ending the occupation as vital to any hope for Israel to be a peaceful, democratic country, I am sickened both by the Israel government’s longstanding attempts to normalize settlements and by U.S. politicians enabling that dangerous approach. I hope all those who are pro-Israel and anti-occupation will push our elected officials and Jewish communal leaders to differentiate Israel from its settlements – maybe fueled by a serving of Ben & Jerry’s.