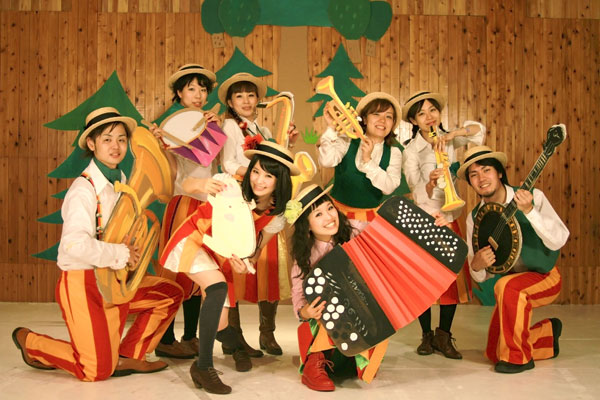 What does one mean when one speaks of “Klezmer”? Once it referred to a style of music played predominantly at weddings in Eastern Europe, played by musicians loosely referred to as “klezmorim”, from the classical Hebrew term for musical instruments, klei zemer. Traditionally, these musicians were often itinerant Jews and non-Jews, particularly Gypsies, who often served as a conduit for the introduction of Turkish and Greek musical elements to the Eastern European communities for whom they played. In a sense, this was a post-national music that became “Jewish” with the mass migrations to the United States at the turn of the century. At the time, klezmer was considered a lower class form, often referred to (as my parents did) as “Gypsy music”; the more respectable and more traditionally Jewish pride of place given to cantorial performance, the centerpiece of Jewish liturgical practice.
[pullquote] It was America that transformed and saved klezmer music, in particular, the newly emerging, very American musical form that came to be known as Jazz.[/pullquote]Like many other aspects of Jewish life, it was America that transformed and saved klezmer music, in particular, the newly emerging, very American musical form that came to be known as Jazz. With both forms featuring similar instrumentation, especially the wailing clarinet, the encounter proved to be fortuitous to both worlds. The very first talking film, The Jazz Singer, focused on the rejection of the specifically Jewish cantorial forms for the more American Jazz forms.Many of the early jazz orchestras were led by Jewish musicians, and crossover with klezmer themes was frequent. Klezmer again became post-national in America in the early days, with klezmer musicians (such as Abe Schwartz) recording tracks that could be sold to Jewish, Greek, and Eastern European immigrant audiences just by changing the record label ((Abe Schwartz as Orchestra Romaneasca).
Tastes changed over the years, and klezmer faded away, as did much of jazz, particularly with the onslaught of rock music. However, in recent years, the sounds of klezmer reemerged in odd places, almost like the return of the repressed. Many musicians who had explored “roots” music during the late 60s and 70s turned their attention from bluegrass and folk to explore their own Jewish roots, leading the first klezmer revival, as can be heard in the recordings of the Klezmer Conservatory Band, Andy Statman, and the Klezmorim ( klezmer conservatory band ).
While this music did not initially catch on with the greater Jewish community, it reverberated instead among “world” musicians internationally, with klezmer ensembles appearing at folk festivals worldwide, from Eastern Europe, to Asia. This music took a leap forward in a secular form when it was adopted as a serious form by the downtown New York jazz world. If klezmer was initially Jewish music meeting ragtime, musicians like Frank London and John Zorn fused klezmer modes with Coltrane and Ornette Coleman . This is largely where klezmer exists today, as an alternative avant-garde music with very little relationship to any particular lived Jewish community (institutional religious Jewish music having gone in very different directions).
This international avantgarde secularized klezmer music is now an independent musical entity that has attained a true post-national existence. Accomplished klezmer bands can be found all across the globe, from Sweden to Poland. One particularly fascinating development was the emergence of this music in Asia, particularly in Japan. While Israeli music was popular in Japan from the early days of the state, particularly due to its use in Israeli style folk dance (which is currently more popular across Asia than in the American Jewish community), klezmer ensembles appeared in Japan largely due to exposure to the downtown NYC scene.
[pullquote]Klezmer ensembles appeared in Japan largely due to exposure to the downtown NYC scene.[/pullquote] The first contemporary klezmer orchestra in Japan was created by Umezu Kazutoki. Kazutoki, a talented free jazz reedman, after spending several years performing and recording with John Zorn related musicians, created the Betsuni Nanmo Klezmer Orchestra, a big band playing traditional klezmer tunes in a traditional manner, along with free jazz style improvisatory passages. They recorded several excellent CDs of klezmer and Balkan tunes in the early 1990s. Noteworthy for this era of klezmer was that despite recording in Japan, the lyrics were sung in heavily accented Yiddish (Betsuni Nanmo Klezmer-Tumbalalaika).
In recent years, particularly given the close relationship between John Zorn and Asian musicians, klezmer sounds make a regular appearance in Japanese and Korean music. The popular Korean rapper Kim Jin-Pyo rapped over a 20s klezmer track on his succesful JP6 album (이를 닦았나), while Eyvind Kang returned the favor by merging klezmer with classical Korean sounds on his Book of Angels release for John Zorn’s Tzadik label. In Japan, several groups have gained popularity borrowing klezmer motifs, such Cicala-Mvta, which successfully combines Japanese Chin-don, a brass based street music, with traditional klezmer sounds (Cicala-Mvta).

Recently, a new group has gained attention in Japan, this time combining klezmer sounds in a pop setting. The band Charan-Po-Rantan, consists of two sisters Momo and Koharu Matsunaga, who sing and play button accordion. Their lyrics are in Japanese, and their presentation, with flamboyant outfits along with wild surrealistic videos, are more in line with current J-Pop stars like Kyara Pamyu Pamyu, but their music is clearly indebted to klezmer, along with circus music and Weimar cabaret sounds (71 billion pieces of the puzzle). On the other hand, other than a live recording with a Swedish klezmer band of the obligatory Hava Nagila, there is no Yiddish or any other reference to Jewish cultural tropes. On the other hands, listening to their recent albums is an engrossing experience, they manage to transcend any one specific label, rather than pastiche they create their own unique musical universe out of these traditional forms.
So then, what does one mean today when one speaks of “klezmer”, after groups like Charan-Po-Rantan? Perhaps in its current maturity, the form has closed a circle. Klezmer began as a hybrid of many musical forms encountering one another freely in Europe, solidified as a symbol of the lost Jewish world and has now achieved a distinct identity that can again encounter other cultural forms in an equal and productive manner. We live in a world in which Asian pop bands can derive inspiration from klezmer, Jewish musicians can borrow Latin (Roberto Rodriguez), Asian (Eyvind Kang) and African (Zion80) rhythms without any compromise to either form, and all of humanity is richer as a result. There is a lesson here for many aspects of Jewish communal life.