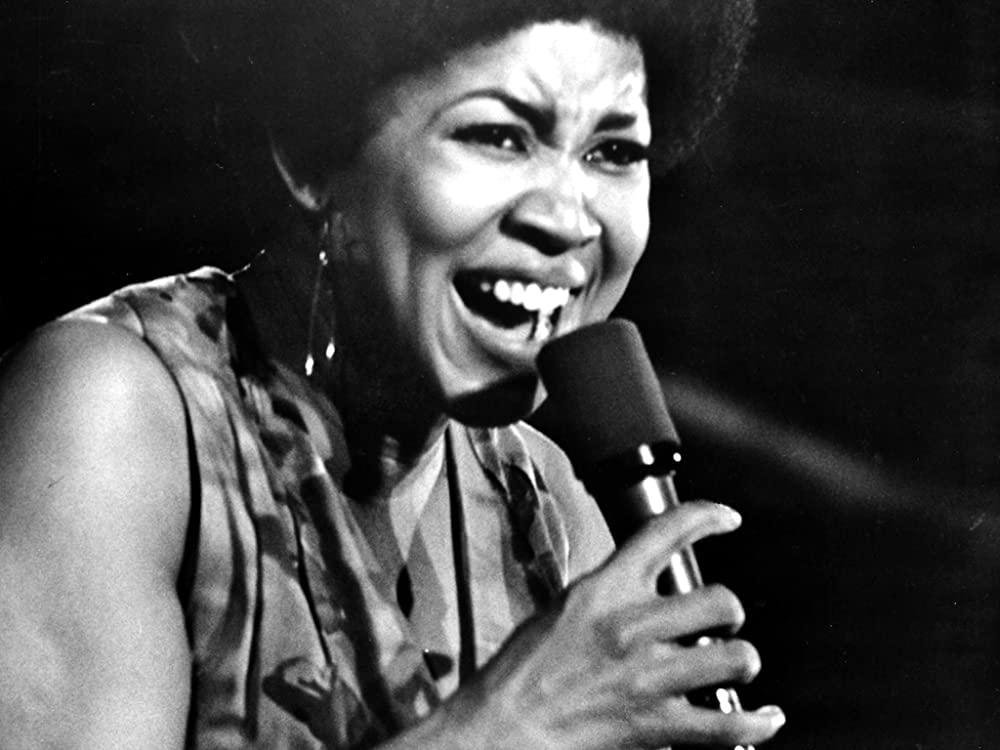 Counting the Omer in Song: Guided through Tifereth (Compassion) by Hip-Hop and Mavis Staples

For Week Three of the Omer, we focus on Tifereth, which generally centers around beauty or compassion — essentially balancing the Hesed, the lovingkindness, of Week One and the G’vurah, the discipline, of Week Two.

Last week, we reflected on the way in which our discipline and boundaries have been stressed and challenged in the last year. Perhaps even moreso our compassion. How to find compassion for a world with millions dying from a preventable disease? With numbers and statistics so large, is there a way to avoid numbness and callousness to the suffering of others? Even more challenging, how to find compassion for those seeming to spread the disease willingly, with an apparent lack of their own compassion for the potential/actual suffering of others?

Similarly, in just the past week, as we considered various elements and iterations of compassion during the Omer, we have been inundated with collective trauma inviting — perhaps demanding — individual compassion. Multiple mass shootings, the trial of Derek Chauvin for the murder of George Floyd, and videos released of victims of police shootings. Including one of a 13 year old boy.

And in each case, we see elements of our society refusing to examine what compassion requires. To tap in to lovingkindness, to challenge the existing boundaries, to understand where these spheres intersect and where we ourselves sit. Instead, we hear that the victims were to blame, that there is nothing more we can do to change our reality, that we must remain fearful.

The week of Tifereth within the Omer forces us to reconnect with compassion and question how deeply we are willing to challenge ourselves to connect — to ourselves, to our community, to our planet — or risk giving up and giving in to the idea that change is simply not possible. These seven songs from artists of color highlight the many approaches to compassion: for one’s current/former/future self, one’s community, or one’s planet. Two of the songs”feature” one of the great voices of all time, and one that delivers compassion in every note — that of Mavis Staples. The full playlist is found here:

Day 15: Chesed b’tifereth, lovingkindness in compassion: Us by Brother Ali. As a Minneapolis-based rapper, Brother Ali has been on my mind a lot lately, between the Chauvin trail and killing of Daunte Wright. Many of Brother Ali’s best known songs, esp Uncle Sam Goddamn, focus on politics and calling out the injustices of racism, Islamophobia, and poverty. They speak to the moment so perfectly and painfully, even though many were written 10-15 years ago. But on “Us ,” he turns internal and looks at his own pain and struggle, finding compassion for himself and validating who (and why) he’s become. The song begins with his explanation that he started rapping to try to fit in: “I started rhyming just to be somebody/To make people notice me at the party/And not just be the new kid that’s albino/Make ’em say yeah, I know but have you heard him rhyme though?” And then by the end, he realizes that that led him back to himself and, as a result, his whole community: “I started rhyming just to be somebody/I found out that I already was/’Cause can’t nobody be free unless we’re all free/There’s no me and no you, it’s just us.”

Day 16: G’vurah b’tifereth, discipline in compassion: Pulling the Pin by Run the Jewels (ft Mavis Staples). After playing a song by El-P in the “g’vurah” spot last week, it only seemed right to have his current (and much better-known) band Run the Jewels fill that spot this week. On this track, we hear El-P and his partner Killer Mike wrestle with how hard it is to remain compassionate, to remain calm and compassionate in a world that pushes them in the opposite direction. The tempo is slower, and the beat hits harder. You can feel them trying to grasp their hearts, which they recognize can explode at any point: “Perhaps explaining years of self lobotomy, toxicly/Perhaps explaining tears and even tears in my cosmology/You numb yourself for years and it can wear upon you, honestly/These old foxes got a lotta plots to outfox us.” But just as they do, Mavis Staples comes in to both channel their pain and also perhaps provide a salve, with all of the knowledge and compassion in her life and voice: “And at best, I’m just getting it wrong/And at worst, I’ve been right from the start/It hurts, I’m bein’ torn apart/There’s a grenade in my heart and the pin is in their palm.”

Day 17: Tifereth b’tifereth, compassion in compassion: WTF is Self Care by Open Mike Eagle. There is perhaps no greater vehicle for compassion than laughter. When we can play and laugh with — or at — ourselves and our world, we open up in ways that are simply not possible otherwise. Open Mike Eagle has made a career of infusing humor into his music (all the way to a show on Comedy Central), but on 2020’s “Anime, Trauma, and Divorce,” he reached a new level. The album recounts incredible stories and layers of pain, yet then finds ways to make you laugh out loud at the same time. It is the ultimate in compassion to be able to smile at a hard moment. At the outset of the song, he’s trying to figure out why people are telling him to focus on “self-care:” “(What the fuck is self-care?)/My dark shit is the purest/I hear self-care cures it/(What the fuck is self-care?)/Tryna find that shit like a tourist/See if they take my insurance.” By the end, he’s decided to just flow with it and enjoy the ride: “(What the fuck is self-care?)/I’m tryna make it smell flowery/Bitch, I got allergies/(What the fuck is self-care?)/I’m in the spot, got a sweet roll/Tryna hold onto a tree pose/It’s like seeing what my body needs/Maybe that’s a lot of weed.”

Day 18: Netzach b’tifereth, endurance in compassion: Fear by Kendrick Lamar. A few years ago, I wrote about this song as a complete encapsulation of the Chagim/High Holidays. The song begins with the ultimate question of compassion: “Why God, why God do I gotta suffer?/Pain in my heart carry burdens full of struggle.” From there, Kendrick reviews his life at 7 (in this verse through his mother’s eyes), 17, and 27, at each stage questioning who and what he is, ultimately wondering how he has remained alive but also how questioning he can feel more alive. In a world where so many do not get the chance to live through and grow from their pain, we realize here that a key element is simple survival and endurance. But also that that is not enough, and we need to keep growing at each stage in order not to simply build in repetition of the past pain: “When I was 27, I grew accustomed to more fear/Accumulated 10 times over throughout the years/My newfound life made all of me magnified/How many accolades do I need to block denial?”

Day 19: Hod b’tifereth, humility in compassion: Witness by Benjamin Booker (ft Mavis Staples). This song has haunted me in the wake of the police killing of Adam Toledo in Chicago, as it has so many times in the last few years: “See we thought that we saw that he had a gun/Thought that it looked like he started to run/Thought that we saw that he had a gun/Thought that it looked like he started to run.” Benjamin Booker, whose music sits at the intersection of blues, soul, rock, and punk, sees every one of these stories and the pain within it and realizes that he may not be doing enough. After all, the lyric talks about “we” seeing that “we” thought he had a gun, rather than focusing on the “he” or “you” of a police officer. Booker realizes that it is all of us behind the badge. And also that he’s on the sidelines as a witness. As we consider what is needed from us to participate, to contribute, to be a part of change, to find the compassion in us, because we are all a part of the problem, we also realize that we need to do more than simply be a witness. And again, when it comes to the key question and moment, it is the legendary Mavis Staples whose voice gets to the heart: “Am I/Am I/Gonna be a witness?/Just gonna be a witness?”

Day 20: Yesod b’tifereth, bonding in compassion: Rikers Island Redux by Raphael Saadiq. The last track on R&B legend Raphael Saadiq’s stunning 2019 album “Jimmy Lee,” which focuses on the death of his brother, takes a turn and zooms out. It looks out at our country and society and through the spoken word of Daniel Watts and lens of Rikers Island as a metaphor for the country. The track questions how we connect with one another in America, and in particular, how white people attempt to deal with the pain of what we have inflicted on black and brown people. The song looks to how white people often try to pretend they have also suffered in similar ways, that they can bond through pain. White people do indeed need to find ways to bond with people of color in our search for compassion, but we must always be clear where the lines — and truth — lay: “Even on cloudy days, sun rays still come through/I mask feelings of pain and ask for healing/We got the same glass ceiling/But I’m s’posed to be thankful for my sun roof/And massah’s still trying to trick/Himself into believing he picked the cotton too.”

Day 21: Malchut b’tifereth, sovereignty in compassion: Rainforest by Noname. In recent years, the innovative MC Noname has wrestled with every level of compassion: self, community, country, and planet. Her style and flow are intensely personal and individual, often feeling like she’s in a conversation with you rather than performing for you. Her “Song 33” attracted a lot of attention during the racial justice protests of 2020, as she sent up J. Cole for his insecurity and insensitivity at writing a song focused on explaining to her why he isn’t more focused on the political affecting his community and our country. Noname is now focused on the most eternal issue of all, our planet and its survival. In her recent track, she asks us all to realize we need to see the effects of capitalism on Earth and to direct our anger — and compassion and joy — towards the planet before it’s too late. “How you lemonade all your sadness when you openin’ up?/How you make excuses for billionaires, you broke on the bus?/I need niggas around me rollin’ up and smokin’ me up/Because, because a rainforest cries (Cries)/Everybody dies a little (Everybody dies a little)/I just wanna dance tonight (Dance).”

May these songs carry you through another meaningful, focused, and compassionate week of reflection.